Superintendent of Highways Ray W. Acomb and the Town of Dansville 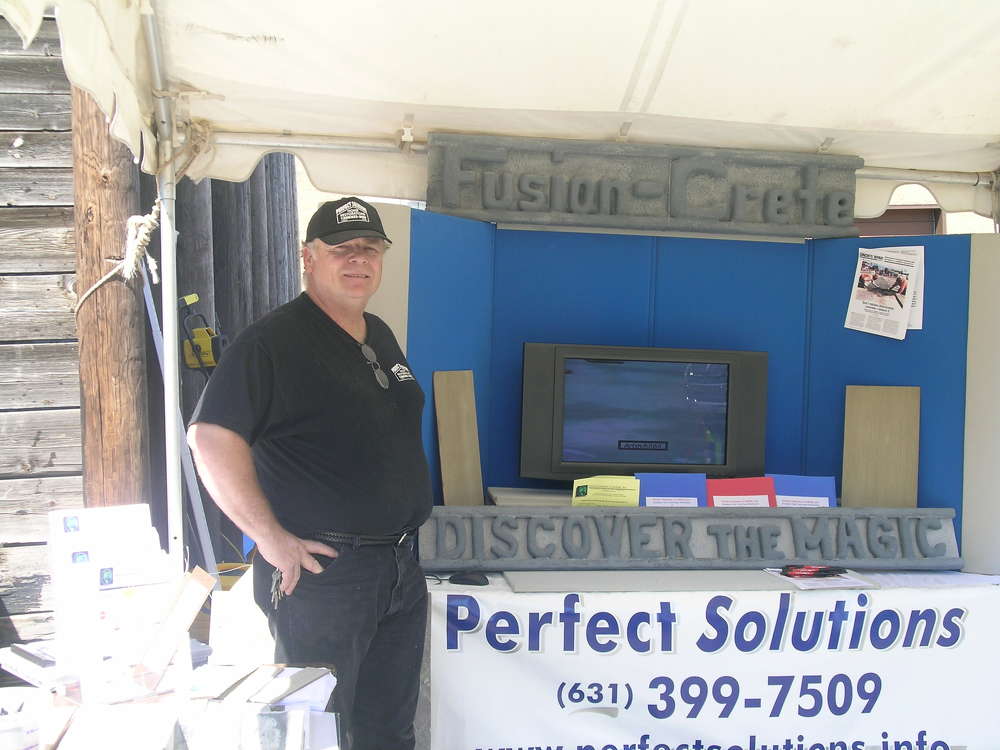 The Town of Dansville has no traffic lights, stores, taverns, restaurants or even a library, but it does have a road named after the highway superintendent’s family.

Does it give Ray W. Acomb, highway superintendent of the Town of Dansville, satisfaction to have a road named after his family? “It does,” he said. “We’ve been here a long time.”

Ray’s ancestors came from England in the early 1880s and settled in Dansville. Here, the family operated a dairy farm until it was sold after the death of Ray’s father.

There is a strong work ethic here in the hills but Ray, the second of six children, may be the first male Acomb to make a living doing something other than dairy farming. After he spent 30 years working with his father, he went from being a new hire as laborer to highway superintendent in a short time.

“Don’t get me wrong. I love farming,” explained Ray. “I own a little farm of my own now with 91 acres. I rent some land and [recently] started raising a few beef steers. But being highway superintendent with a good crew of guys [Toby Jamison, Steve Herring, and Ed Lawrence full-time with Frank King, part-time with 40 years at the highway garage] is very rewarding as well.”

In his seventh year on the job, he said being a highway superintendent is similar to dairy farming because of working in the early morning hours especially when he has to open roads in winter before the school buses roll out.

The Roads of Dansville 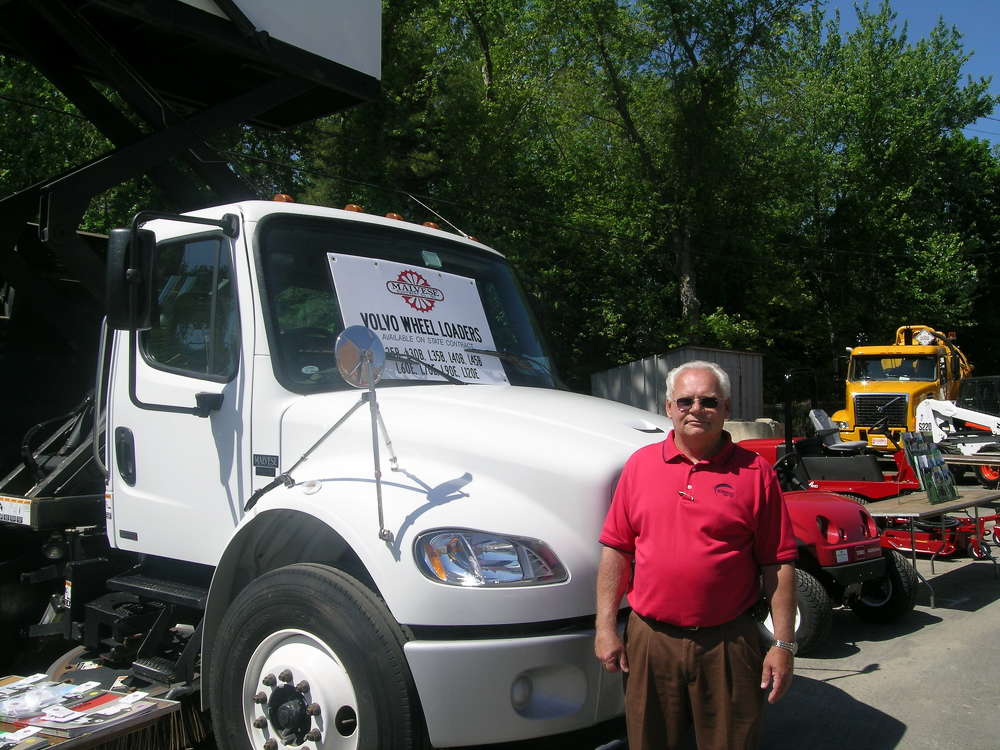 The Town of Dansville has 2,000 residents and approximately 70-lane mi. of road for which the town highway superintendent is responsible. Approximately all of the roads are dirt, gravel, or stone — real asphalt is limited to a quarter-mi. in front of the highway garage.

Many of the roads are seasonal and match the classic profile of any dirt road with conditions ranging from smooth to muddy that are bush-whacking, four-wheeler ready. Some seasonal roads the crew tends are called mud roads in the highway garage.

“On some of the mud roads our goal is just to widen them out so they are passable,” Ray explained. “They overgrow with brush pretty quickly. In addition to mud roads, we hit all of our dirt roads at least once a year with grading.”

In addition to routine grading, Ray and his crew are determined to upgrade many road miles with honing and the addition of oil and stone surfaces. He said he uses an old grader with a handmade hone on it that does a perfect job.

“You first put a layer of oil on the road, and then you run a dragger with a hone through it. That kind of mixes the oil and stone together and lays it back down,” he explained.

The oil called HSMF2 comes from Watkins Glen. The stone, which includes modified, crushed 1A and 1ST, is sourced from Elam Sand & Gravel in Cohocton. Ray estimated that the 5 mi. of roads his crew honed last season took his department a week to complete.

Ray said the biggest complaint he hears from citizens is about dust, which he solves by treating the roads with a salt brine solution made available at no cost to the town.

“The nearby gas companies pump water into the ground to bring gas out. The water, which has salt in it, is then pumped into big ponds. The salt water is free to the towns, and that’s what helps us hold the dust down,” Ray explained.

“People figure that when you pave more roads, more civilization won’t be far behind,” Ray said, explaining the local sentiment in favor of rural roads. “That’s because if you get them improved with oil and stone or blacktop, people tend to drive a lot faster and there is more traffic as well.”

More and more people are moving to the Dansville area to build upscale homes, seeking refuge in the country. And they move to the country expecting it to stay that way with its dirt roads, which, to them, help define what a bucolic setting should be in New York State.

Dansville’s roads are dotted with an odd mix of primitive hunting cabins and trailers as well as some long winding driveways that disappear into the trees and end at perfect country retreats with commanding views.

In Ray’s territory the road surface is mostly a combination of oil and stone, which, in top-notch and excellent condition, to the untrained eye, might pass for blacktop.

The only people who don’t enjoy the Town of Dansville’s highways are the delivery truck drivers who have trouble finding the highway garage, even in this small town.

Ray, a former town board member himself, meets monthly with the Town Board to help address the highway department’s budget of $550,300 and a CHIPS allocation of approximately $94,000. If the cost of fuel makes it necessary for him to cut back on a highway project, it becomes a matter for the board to help him determine the priorities of the town’s roads.

“There is a supervisor, four councilmen, and the clerk. I’ve known quite a few of them all my life. It’s a good group,” said Ray about working productively with the Dansville Town Board.

The Town of Dansville’s two largest landowners — the Girl Scouts and Stony Brook State Park – represent approximately 1,500 acres. As a result, all town projects are carefully budgeted and often require the highway department to write grants for additional funding.

Most of the bigger issues, such as the proposed purchase of heavy equipment and building a shelter for highway salt, which is now in the open, are done with some funding from grants, a process with which he receives some assistance from the town clerk.

What does the town board expect from the highway department?

“They [the board] wants us to keep things running smoothly and keep the taxpayers happy,” he said.

Ray accomplishes this through the Shared Service program.

Ray said that putting the plan into action has been conflict-free and includes an inventory of both new and used machinery, including a crusher, a screener, a loader, a bulldozer, and an excavator that his town shares with Wayland, Cohocton, Freemont and Hartsville.

Another form of sharing and controlling costs that enhances the highway department’s bottom line is the town’s use of prisoner labor from the nearby Groveland Correctional Center in Mt. Morris.

“We had Groveland prisoners here to take down snow fence. They rake the yards that were cut up a little bit by the plows, and they collect garbage along the sides of the roads,” he said.

Ray said the partnership is made through the bureau of Soil & Water Conservation. He supplies blaze orange vests to go over the prisoners’ standard-issue dark green jumpsuits. A prison guard and a member of the highway crew accompany the prisoners at all times. It’s a win-win situation, Ray said, because the prison volunteers seem to enjoy being outdoors, while the residents benefit from the prisoners’ work.

Ray understands that it is part of his department’s job to help make the town a desirable place to live in. An aspect of that responsibility involves snow removal in an area that can sometimes see 3 ft. of snow. Last year, however, there wasn’t enough of the white stuff, much to Ray’s dismay.

“My roads really took a beating with freezing and thawing. It was worse than snow. Heaving is what breaks up these roads,” Ray said.

“Potholes are caused by low spots where water lies in there. The biggest thing you need to do is to scarify the spot with big teeth on a grader and sink them in while trying to break up the underground layer. Then you relay the place with gravel,” Ray explained.

Spring 2006 was business as usual in the Town of Dansville’s Highway Department until “logging started one big situation,” Ray recalled.

“After cutting the trees, a lot of branches got dragged down into the ditch before a heavy rain, which plugged the culverts and backed up the water, which finally washed out part of the road.”

Washouts on these back, seasonal roads are most often reported by people driving four-wheelers, not the town’s commuters, some of whom travel a good 58 mi. north (one way) to work at jobs in Rochester.

The Town of Dansville is in the northernmost part of Steuben County with one of the county’s highest elevations at 2,700 ft. Roads here are marked by sharp turns and precipitous drops. Ray said, however, that in addition to light and mostly local traffic, there are surprisingly few accidents.

Off the Road With Ray

When he’s not working on the Dansville’s roads, Ray attends monthly meetings to help him stay on track with the other highway superintendents. He may be found riding his motorcycle with his wife, Julie. He also likes to spend time with his children, Chad, and Ashlee, and hosting pig roasts using an Acomb-family inspired pig roaster.

Ray also is first assistant chief to the Fire Department, where funding is fueled by 12 pancake breakfasts throughout the winter, chicken barbecues in the summer, and a turkey dinner each fall. Fortunately, fire alarms occur as infrequently as highway accidents along Ray’s roads.

Ray clearly takes pride in his family, in his community and in the continuing effort to improve the condition of the town’s roads.

“My long-term goals are to continue to carry on as we are doing, working closely with the Town Board and setting goals that are within reason for all. Looking back each year on all that you’ve accomplished has its own rewards,” he said.

The Town of Dansville is located in the northwest corner of Steuben County. It was one of the original six towns when Steuben County was formed in 1796, but the town was not settled until 1804. Dansville was named in honor of “Captain Dan,” Daniel P. Faulkner, a militia officer.

Also, each August the Town of Dansville hosts the Poag’s Hole Hillclimb. This one-day motorcycle sporting event draws thousands of people to one of the largest events on the Hill Climb Circuit. Although the venue is Steuben County, its proximity to Dansville and the involvement of many local vendors, sponsors and spectators, as well as local competitors and their teams, make it an integral part of the community. P