Superintendent of Highways Glenn Jorgensen and the Town of Smithtown 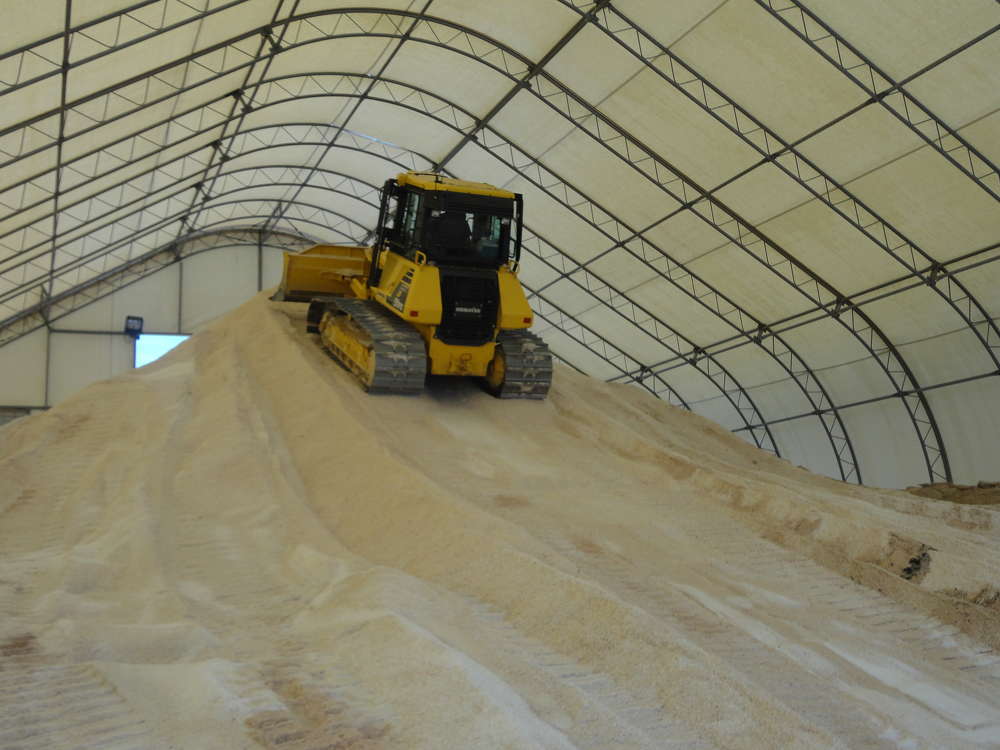 Sidestepping the complex strategy, convoluted slogans and backroom deals of typical political campaigns, Glenn Jorgensen ran for highway superintendent of Smithtown in 2009, on a platform that consisted of one line: “I’m Republican.”

That’s all it took to beat the incumbent by a historic margin — that and the 800 signatures he and his wife, Kathleen, had to collect in order to get him on the primary ballot since he wasn’t the party’s nominee.

Glenn came out of a three-year retirement after working for 37 years in the highway department, setting aside his golf clubs and stick-built remote control planes to assume office.

Born in Rosalyn, Glenn moved to Smithtown with his family when he was seven or eight. It’s been Glenn’s home ever since. 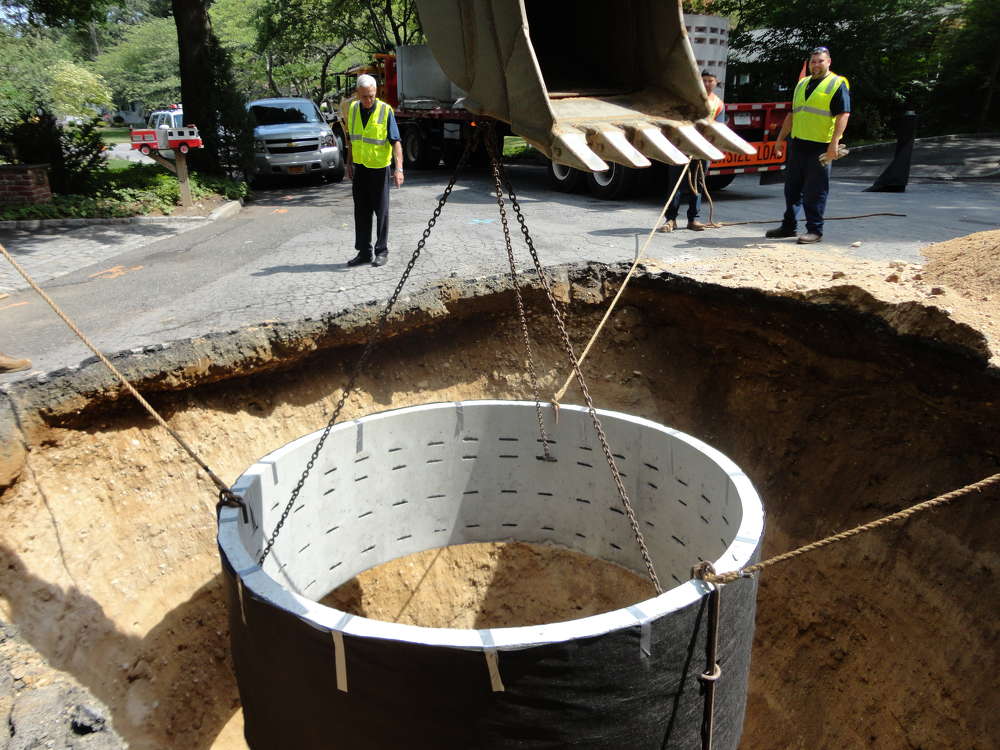 Married for 30 years, Glenn and Kathleen, a retired special education teacher, have two children. Daughter Alix recently graduated from the University of Albany with a Bachelor’s degree in Business Marketing and Public Relations. Like his father before him, son Eric attends Suffolk County Community College at night and works for the highway department. Glenn laughs about getting a hard time for hiring his son, but shrugs off the jokes about nepotism, saying Eric always wanted to work there and does a good job.

Glenn’s own career with the highway department began in 1969 with a pick and shovel. Now 60, he worked his way up through the ranks. He even attended Suffolk County Community College at night and took additional courses and programs in order to take the civil service exams required to get those positions up the ladder: highway project inspector, maintenance crew leader and general foreman.

Over the course of his career, Glenn worked on practically every street in town, laying out roads and curbs to match existing sidewalks. Years later, when he was canvassing for signatures, people still remembered him. “They’d say, ‘You helped me with that sidewalk,’” Glenn said. “Every homeowner where we worked on the road remembered me. I was the go-to guy who had the maps.”

These days he’s the go-to guy for other things. With the help of Bobby Nedwit, general foreman for the past seven years, Deputy Superintendent Robert Murphy and approximately 140 staff, Glenn is responsible for over a thousand lane miles and nine bridges in the 55-square-mile town. He also responds to calls from the 135,000 residents in 35,000 households. 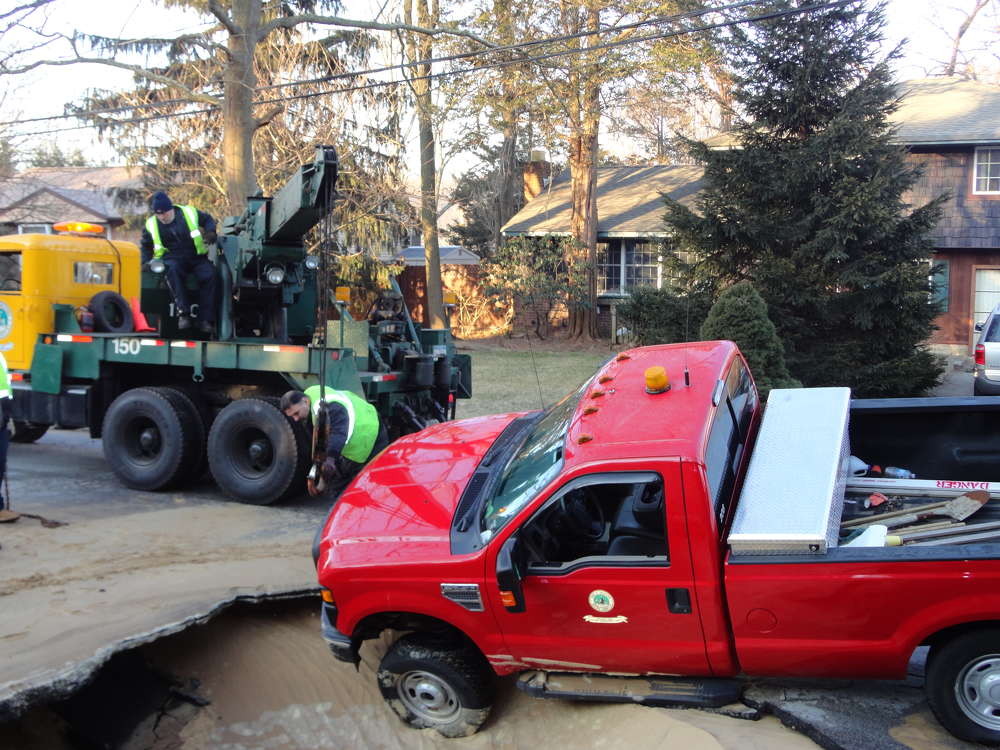 Depending on the weather or what is happening, he gets about 60 calls a day. Lately, a lot of them are about ducks caught in the drains or dead deer, now that their population has risen.

Bobby Nedwit recalled one unusual call from a few years back, after heavy rain and flooding. “A woman was screaming on the phone about us doing something about it. I said, ‘What do you want me to do?’ She said, ‘I want you to make it stop raining!’ and hung the phone up.”

They may not be able to do anything about the rain, but when the town councilmen call with a concern, Glenn acts on it immediately. “When they have a concern, I take care of it. When the town board gives me a complaint, I go to the house and introduce myself. If I can, I fix their problem; if I can’t, I tell them. I am honest and upfront with them.”

Whether or not he can fix their problem, residents are always appreciative that he took the time to visit. “They always say I am the first elected official that ever came to their house,” Glenn said. “Here on the Island, people love personal service.”

That’s why, he said, although they have “more important” things to do, their biggest programs are leaf pickup and street sweeping. He said residents can see the difference since he took office: last year he swept the town streets four or five times. Packer trucks are used to pick up brush and leaf bags daily. “We have about 30 people picking up brush and bags.”

Every day the public sees his department — the biggest in town — at work. “We are the most visible,” Glenn explained. “It’s not like the Parks Department. You don’t see them unless you go to the park.” Instead, Glenn turns up everywhere, including community meetings, where he is frequently invited to be the guest speaker. 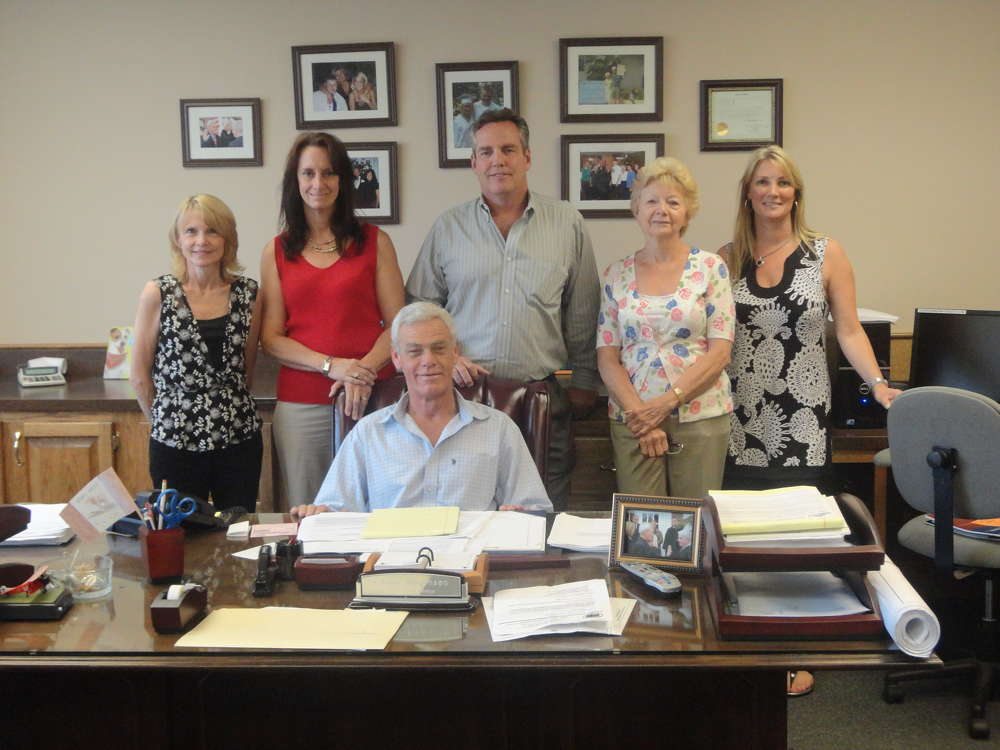 During the winter, he can often be seen working to clear roads on some of the town’s 60 snow routes. It’s a first for a superintendent to put a plow on his own vehicle and help plow snow, Bobby said. It endears Glenn to the residents and inspires his crew, but Glenn shrugs it off. “I plowed snow for 37 years,” he said. “I couldn’t give it up; I like it.”

The fact of the matter is that he likes his job and works hard at it, arriving as early as the crew and staying until 5 or 6 every night. “I love what I do. I have a passion for it. “I am a hands-on superintendent,” Glenn continued. “If there are trees to be cut, I am out there cutting them. If there is a storm going, I put my rain gear on and the guys see me out there with them. They always say I am the only superintendent that came out in the rain to cut trees with them. That boosts morale when I am out there with the guys.”

In addition to boosting morale as part of the crew, Glenn’s personal gestures inspire loyalty. He writes a special message on every employee’s birthday card and takes a photo of them each year. He also closes up shop for half a day once a year to host a barbecue.

Boosting morale does more than just create a pleasant work environment. It increases productivity by 20 percent, Glenn calculated. It’s just one of the many ways he makes the most of his $30 million annual operating budget.

Some ideas are simple. Bobby mentions a money-saving experiment to work with the Sanitation Department to mulch the 5,500 tons of brush they collect and give it to the residents at no charge instead of paying to haul it off the island. “It turned out to be a win-win situation,” he said. “The residents love it — and there’s no cost to haul it anymore!”

“We can’t keep it in stock,” Glenn added.

Seeking federal grant money for road work is another way he accomplishes improvement projects without draining his budget.

“Last year we resurfaced about 30 miles of road,” he indicated. “This year I am planning on doing the same.” He explained that by micro-sealing certain roads before they deteriorate, it’s possible to get another five to eight years out of them.

With one project currently under way and others scheduled in the upcoming years, Glenn isn’t done yet. He intends to wade through the paperwork required to get more federal grants for other improvements in Smithtown.

The roads have been neglected over the years, Glenn observed. “I’m playing catch-up.” When a million dollar bond expires, he hopes to borrow money that will allow him to pave 16 miles of road — if he’s re-elected. “I absolutely plan on running again,” he said.

Planning ahead is a sign of a good superintendent. In addition to prolonging the life of roads through proactive treatment, he has reintroduced a computerized rating system that fell to the wayside years ago. Under this system, each road will be inspected every three years. If it’s needed, his crews will then perform minor milling and paving, or a permanent patch. Anything more involved gets subbed out.

He applies the same principle of preventive maintenance to ensuring that drains are cleaned out and working properly in flood areas if torrential rain is predicted, but drainage is a year-round focus. He tries to foresee potential problems and avert disaster. For example, a 50/50 mixture of salt and sand was used on residential streets when it snows, but Glenn changed it to 75 percent salt/25 percent sand because the sand was getting into the drainage systems and streams. Changing the formula reduced drainage problems.

Equipped for the Job

The department has approximately 200 pieces of equipment, much of it purchased from Trius, Malvese Equipment, Edward Ehrbar and All Island Equipment. His fleet consists of backhoes, skid steers, graders, dozers, tractor-trailers, pavers, rollers, chippers and 110 snowplows.

Because he believes a lot of his fleet is past its prime, Glenn hopes to upgrade it.

“I have some trucks that are probably 18 years old.”

The problem is that money doesn’t go as far as it used to, but his budget isn’t much bigger than it was when he was hired more than 30 years ago. The highway superintendent in those days could buy 15 or 18 six-wheelers, but Glenn can purchase only three or four with the same amount now.

To save costs, his 25 mechanics do as much machine maintenance in-house at their 25-bay service garage as possible.

“There’s not that much that we send out,” he said. He estimated that 90 percent of repairs are done in their shop, including motor and transmission changes and building hydraulic systems. Some things he does that other highway departments don’t do include taking the packers off the garbage trucks in the winter and putting spreaders on. When the spring comes, they reverse the process.

Glenn oversees 142 full-time employees at two facilities in Smithtown and King’s Park. “It’s a balancing act,” he admitted. “I have paving crews, drainage crews, maintenance crews … Bobby gets all the jobs that need to be done and assigns the crews to them.” Juggling personnel on a daily basis can be an issue, Bobby revealed, if employees are “maxed out” on hours and need to take time off.

Whatever challenges they face, from stuck duck to road resurfacing, both Bobby and Glenn are proud of their crew and what they’ve accomplished together. “A good day is when all my guys come in, all the work orders and jobs get finished and nobody gets injured,” Glenn concluded.

Perhaps best known for the Revolutionary-era ghost that haunts a local bar and was featured on TV’s Ghostbusters, Smithtown has nearly as much legend as history. A monument to Whisper the Bull in the town’s center plays homage to one story of how town founder Richard Smith rode the bull for 35 miles through untracked wilderness in a single day in 1663 to stake his claim to the former Nesaquakes Indians’ land. Bread Cheese Hollow supposedly marks a spot where he stopped for a lunch of — you guessed it: bread and cheese.

Situated on the north shore of Long Island, Smithtown, in Suffolk County, features scenic beaches and recreation areas. It also claims to have the longest-running general store still in operation after approximately 200 years.

The Statue of Whisper the Bull

In 1903, Lawrence Smith Butler, a descendent of the town founder Richard Smith, proposed the idea of a bronze statue to his friend sculptor, Charles Cary Rumsey. Butler believed that money could be raised to pay for the project and a price of $12,000 was agreed upon for the completed work. In 1923, the casting was complete and ready for shipment. However, the funds were not raised and the statue was not shipped to Smithtown. It sat instead in front of the Brooklyn Museum for a number of years before being placed into storage.

In 1941, Butler renewed his quest. He convinced the town board to build a concrete pedestal to hold the statue, raised the $1,750 needed to cover the cost of the move, and convinced Rumsey’s heirs to donate the statue to the town.

First by truck, then via railroad, and then by truck once more, the 14-foot, 5-ton bronze bull made its journey to Smithtown. On May 10, 1941, Mary Rumsey, daughter of the sculptor and wife of New York Governor W. Averill Harriman, presented the statue to the people of Smithtown.

For more information on the history of Smithtown, visit http://www.smithtowninfo.com/. P