Highway Superintendent Bill Weller and the Town of Florida 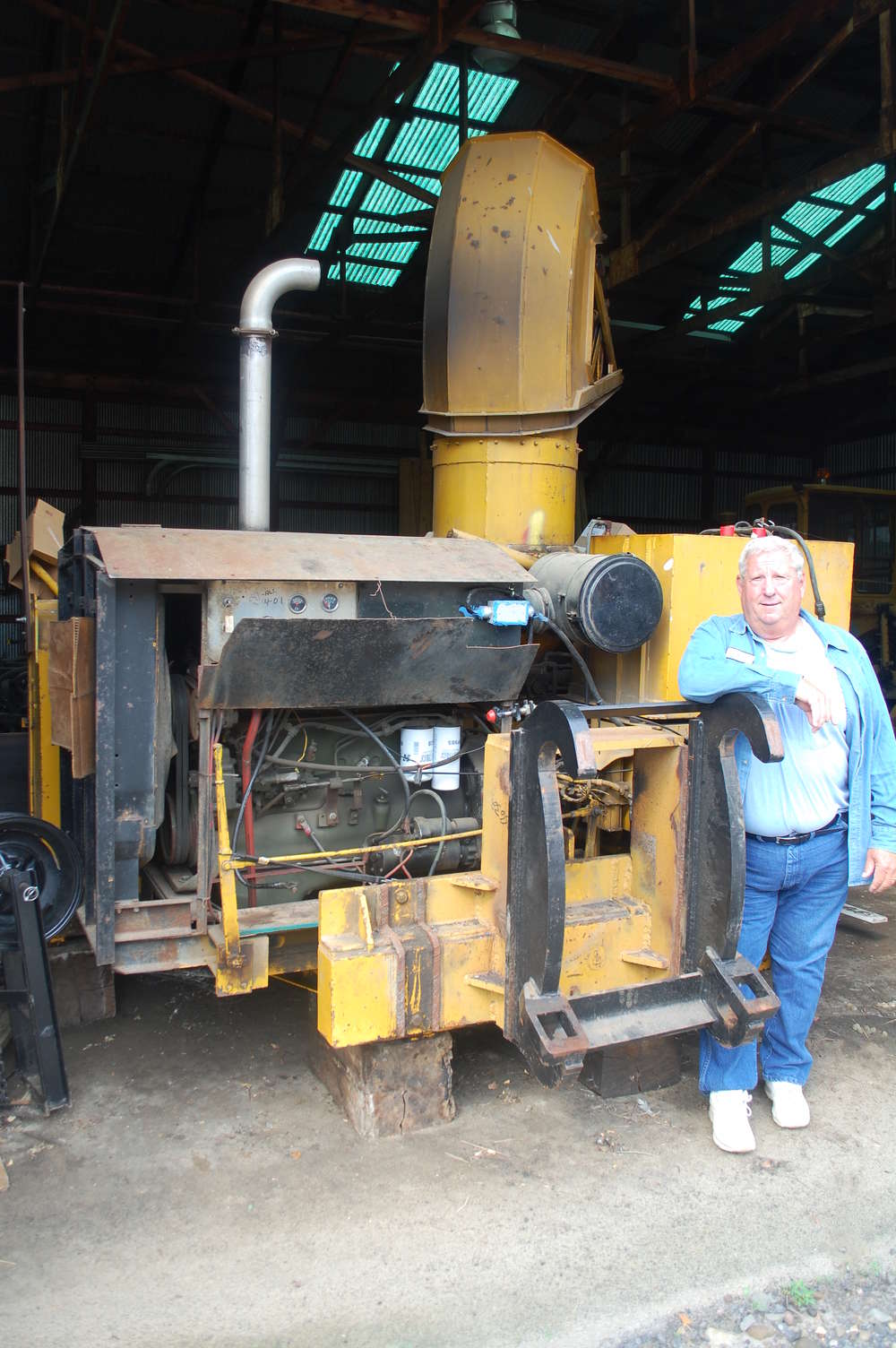 Bill Weller has served the town of Florida as its highway superintendent for 24 years. He was elected in his first run for the position in 1990 and has held the office ever since.

Prior to becoming highway superintendent, Bill worked for a time at General Electric; he also worked as a construction laborer and as a truck operator. He became interested in running for the highway superintendent seat because he was unhappy with how the department was operating. As a resident of Fort Hunter, a hamlet in the township, he knew that the services being received in that part of the town could be improved upon. He also is the water and sewer superintendent.

“We have built new roads, we have widened existing roads, and all roads in the township are now paved,” Bill said. “When I came into office there were 10 miles of unpaved roads. We took in millings and laid them back down to pave the road. At that time millings were free and we were one of the few municipalities that was recycling asphalt millings. We took all of the millings that we could get our hands on; mixed each ton with three gallons of oil; ran them through a pug mill; and the end result was much improved road surfaces.

“We also built a new garage to store the fleet in 1998. We built an 80-foot by 80-foot building that holds four 10-wheel trucks and our two Oshkosh trucks. By the way, this area occasionally receives major winter snowstorms; three and four feet at a time, so not only do we keep the Oshkosh trucks in service, we also have an old Walter truck that’s equipped with a V-plow. I’ve really seen no reason to get rid of these vehicles, they’re still reliable, easy to work on, inexpensive to maintain, and when the snow piles up, those old trucks with a V-plow can’t be beat.”

The building that Bill operates from was completed in 1936 and was part of a local public works project during the Great Depression. In August 2013 a major renovation of the facility that houses the town hall and the town garage began a four-phase project. The footprint of the building is not changing, however in the first phase the entire exterior of the building is getting a facelift. In the second phase the HVAC will be replaced; in the third phase the town hall floor and ceiling will be replaced; and in the fourth phase the parking lots will be updated. 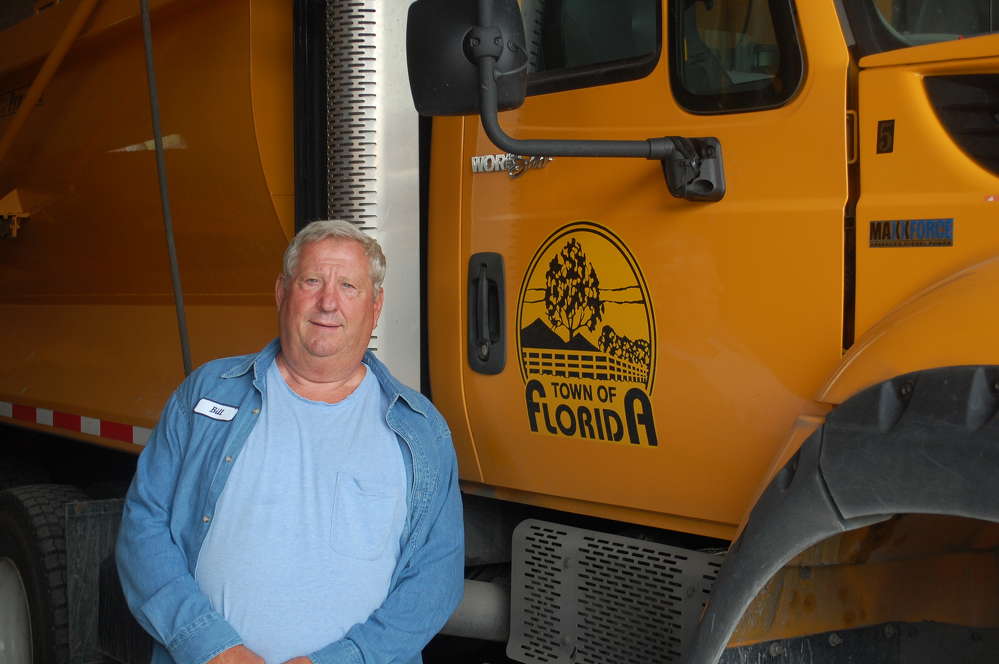 “During the winter time we have changed the snow routes to five routes instead of four, so every section of road gets plowed more frequently. During storms I have three part-time men that we put in the one-ton pickups. They go out and clean up around dead end streets and intersections. All of our ten-wheel plow trucks are now equipped for one-man operation.

“When I first got here all of our plowing was done with our two Oshkosh trucks and the Walter truck. Today the bulk of the work is done with our four 10-wheel International trucks and our two 6-wheel International trucks. We also have three pickup trucks that are equipped with sander boxes and plows and two new Cat 938 loaders. Currently we trade these machines every year. We are able to make money on the machines every time we trade so it would be foolish not to participate. The last few years we have run the Cat machines through an auction and have done very well with them. It just makes sense whenever possible to run as much new equipment as you can that is still under warranty, virtually eliminating maintenance costs. Unfortunately, this system does not work with the plow trucks. There is just no market for used plow trucks to go anywhere but another municipality. We also have two John Deere tractors for mowing, one of which is equipped with a boom.

“The two biggest challenges that I have faced on the job both came in the form of natural disasters; the first being the blizzard of 2004,” Bill said. “Our department still had not updated our truck fleet. We were basically still working with the Oshkosh trucks and the Walter truck. On Christmas Eve we received four feet of snow that absolutely paralyzed the area and seven days later on New Year’s Eve we received another four feet of snow. One of the things that really saved us was equipment that we were able to rent from local contractors. In areas where drifting was an issue, the drifts exceeded 15 feet high and could be as much as a mile long. Even if our fleet had been up to date, that poses a significant problem. We used rubber-tired loaders that we rented from local contractors to bust holes through the drifts to try to open up the roads. Much of our effort was focused on stranded motorists trying to make it home for Christmas morning. We worked a whole lot of hours right in the middle of the holidays. Our men did what they had to do on very little sleep and dealt with people who had very little patience, but in the end we got through it.

“The second major challenge that we faced was in August 2011 with Hurricane Irene. We had rainfall totals that had never been seen before in this area, along with flooding levels and destruction like we had never seen before. Much of the area was without power for an extended period of time. Widespread damage to residents’ homes, everything from flooded basements to houses moved off of their foundations. Many culverts completely blown out, road shoulders and sometimes the roads completely washed out. Working day and night within two days we had all of the roads open and passable. Then we worked seven days a week until the roads were completely safe for everyday use.” 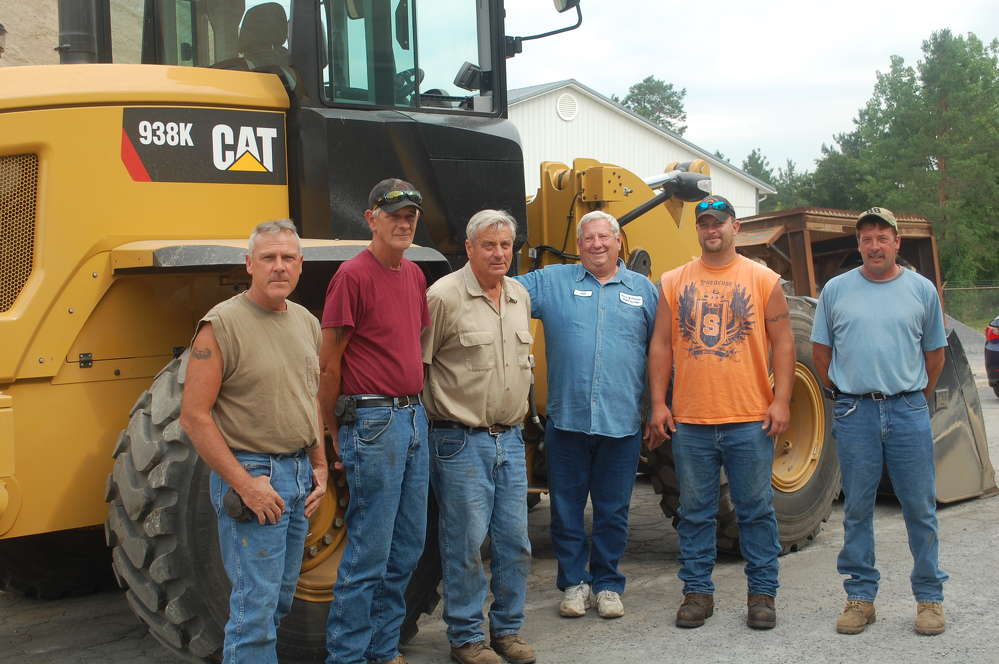 Bill also was the sitting president of the NYS Association of Town Superintendents of Highways until his term as president ended in September 2013.

“I think the work done by the [New York State Association of Town Superintendents of Highways (NYSAOTSOH)] is extremely important. It keeps highway superintendents informed of changes in laws and regulations that affect how they run their departments. The association supplies critical information and education at its annual meeting that otherwise may never reach superintendents. For instance, this year at our Lake Placid convention one of the classes we are offering is about potential fire threats on the new generation of municipal trucks. A highway department garage in central New York State burnt to the ground along with the entire fleet of trucks because of just such a problem. I think that in the years that I have been involved with the association we have seen some dramatic changes and improvements. The association membership is more involved than ever before with the actual running of our conventions, meetings, and lobbying efforts.

“Years ago we did not pay close enough attention to who was running our association and we learned a valuable lesson from that. Today we stay far more proactive. As a direct result of the lobbying efforts of the NYSAOTSOH towns received $750 million more in CHIPS money from the state. Our own small Town of Florida received $22,000 more than we have received in past years. The association’s Advocacy Day is largely responsible for this development. The sad thing is there are townships that do not participate in the association that reap the benefits of our efforts. Our goal is to have 100 percent participation from all town highway departments in the state and we are getting closer all the time to achieving that goal.

“Our annual convention is a much more significant event than it ever was before. We move the location to various venues across the state to maintain the interest and improve the accessibility for all regions. We have incorporated an equipment show into some of our venues, which has been well received by our suppliers. This year’s convention was held in Lake Placid and we are currently finalizing plans for next year’s event to return to the Thousand Islands.”

His current term will expire in 2013, but he has committed to running for at least one more term, if his knee holds out.

“I may have to retire before much longer. My wife really wants me to stay home with the grandkids. I will be having a knee replacement in January; the knee has really been bothering me. Hopefully, once that is done I will be able to enjoy work again a little bit more. We have four grandchildren and my wife and I spend nearly all of our spare time with them. Whale watches, Water Safari, trips to the Cape; they’re a lot of fun, but I’m not quite sure that I am ready to quit doing what I do.”

The Town of Florida

The town of Florida highway department is located in Montgomery County, N.Y. A nearby historical attraction is the Schoharie Crossing, which is an old aqueduct that funneled the Erie Canal across the Schoharie Creek. Remnants of the aqueduct are still there to be viewed, along with some historical buildings.

The Schoharie Crossing also is the sight of the famous New York State Thruway bridge collapse 25 years ago. This collapse served as a wake-up call to the government to take more seriously the failings of an aging infrastructure. Hundreds of bridges in New York State as well as across the country were replaced as a result of this incident.