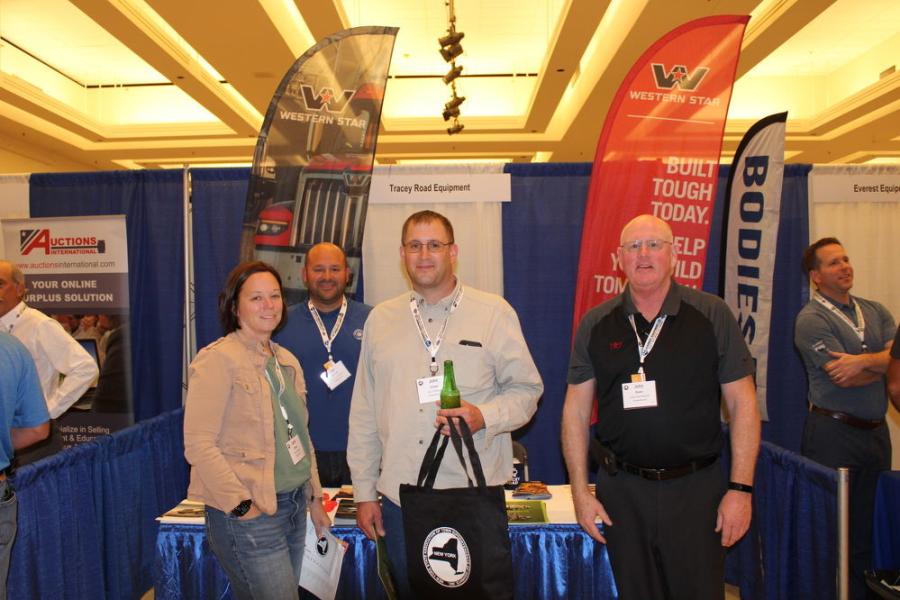 The New York State Association of Town Superintendents of Highways (NYSAOTSOH) held its 92nd annual conference and educational symposium and EXPO Sept. 28-30 at the Saratoga Hilton in Saratoga Springs, N.Y. The theme of this year's conference was "All Roads Start Local."

During the event, the association presented several educational symposiums, including topics on legislative and advocacy, fire safety, foundations of safety leadership, a DOT/CHIPS update, the future of trucking in New York State, effective communication with your town board and crew and a legal and regulatory panel discussion

International Trucks sponsored a golf outing at McGregor Links Country Club, with the prizes provided by Auctions International. Those not participating in the golf outing were invited to a Saratoga Scavenger Hunt around downtown Saratoga and the surrounding area. Vendor night closed out the evening of Sept. 29 and was a big success.

Viking-Cives held a cocktail hour Sept. 19, which lead up to the annual awards banquet, sponsored by Tenco USA and TCBR. The banquet was a highlight of the conference, with the outgoing and incoming presidents both delivering insightful and gracious speeches and their hopes for the future of the association. Many award recipients took home coveted plaques and gifts. Conway Beam Mack sponsored the evening entertainment when comedian Ross Bennett closed out the event with an act that had the crowd roaring and DJ Claude Phelps had the attendees on the dance floor to end the night.