Highway Superintendent Scott Seales and the Town of Coeymans 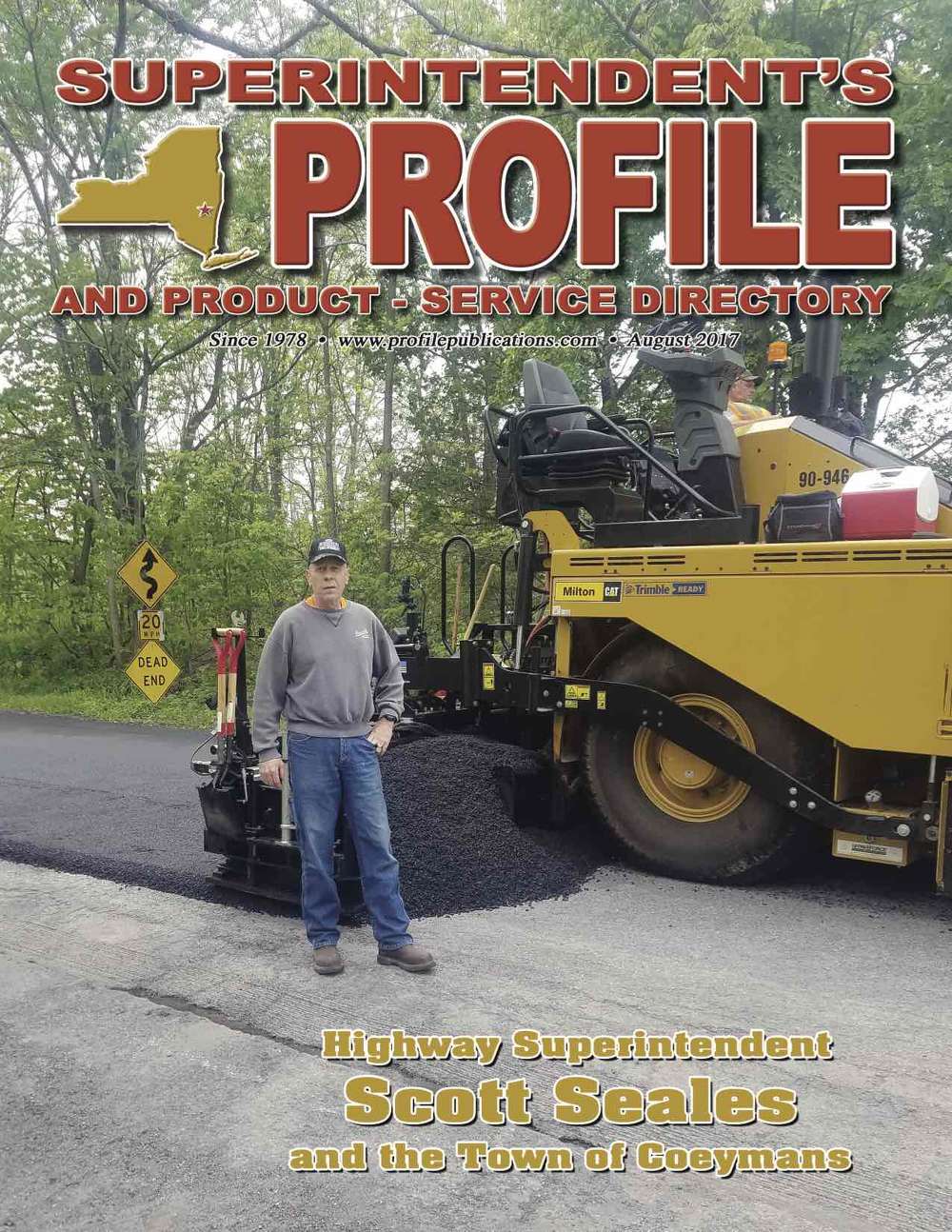 Fun fact about this hard-working highway superintendent: He's a NASCAR junkie. That's right! Scott Seales loves to watch the men and women of NASCAR fly around the track at lightning speed. He's traveled to the Poconos, New Hampshire, Charlotte and has season tickets to Richmond.

“I go down once a year,” Scott said. “There's a bunch of us from around here that go together. Every race is a big to-do. It's close to what you see on TV. There's a lot of adrenaline. It's expensive, but a lot of fun.”

Scott was born in Albany, N.Y., and grew up in Coeymans. After graduating from Ravena-Coeymans-Selkirk High School in 1978, he went to work for Wickes Lumber Yard.

“I worked in the warehouse for one year and then went to work for Atlantic Cement,” he said. “I ran heavy equipment — loaders, dozers — in the quarry. Blue Circle bought Atlantic and became LaFarge. When Blue Circle laid off about 500 people, I was one of the last to go. After that, I went to Tracey Welding, down by the port. I was a welder and fabricator for two years. Then I went to work for the town.

“I started as a laborer. I don't remember exactly when that was. It seems like I've been here forever. Within the first year, I was promoted to equipment operator 1 (truck driver) and quickly became an equipment operator 2 (HEO). In 2005, I was appointed deputy highway superintendent. I was elected highway superintendent at the end of 2013 and started the job on January 1, 2014.”

One of Scott's most memorable job experiences came the day after he was sworn in.

“On January 2, we had a Nor'easter. I was sworn in at 9 a.m. By midnight, dispatch was calling me for the roads. It was a major one. The storm lasted a day and a half and it dumped about two feet of snow. We kept up to a point. Usually, if there's an inch or so on the ground, I'll call everybody in. If it keeps snowing, we're here until it's done. The guys had their breaks. If they were tired, they'd take a nap. We try to get out in the morning for the buses and the morning and evening commute then the commute later at night for those who work second shift.” 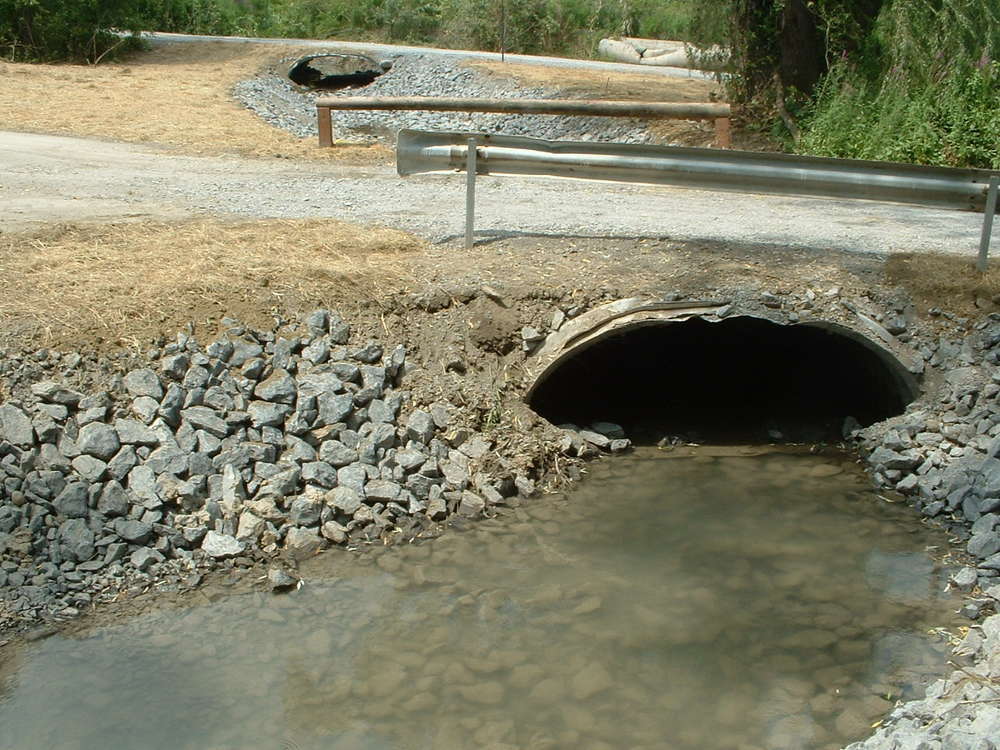 “The previous superintendent was retiring. That's why I ran. I also knew I could do the job. I held every position in the department. Then being deputy for nine years, I learned everything from behind the scenes.”

Married to his wife, Bonnie, Scott has two children, Scott Jr. and Morgan, and two stepchildren, Jeremy and Courtney. Together they have six grandchildren, Jeremy Jr., Cadence, Tegan, Contessa, Eden and Landon, and another on the way.

Scott's retirement — whenever that may be — will close the curtain on nearly 40 years of service to the residents of Coeymans.

What would he like to do when that time comes? That's easy … go to more races! 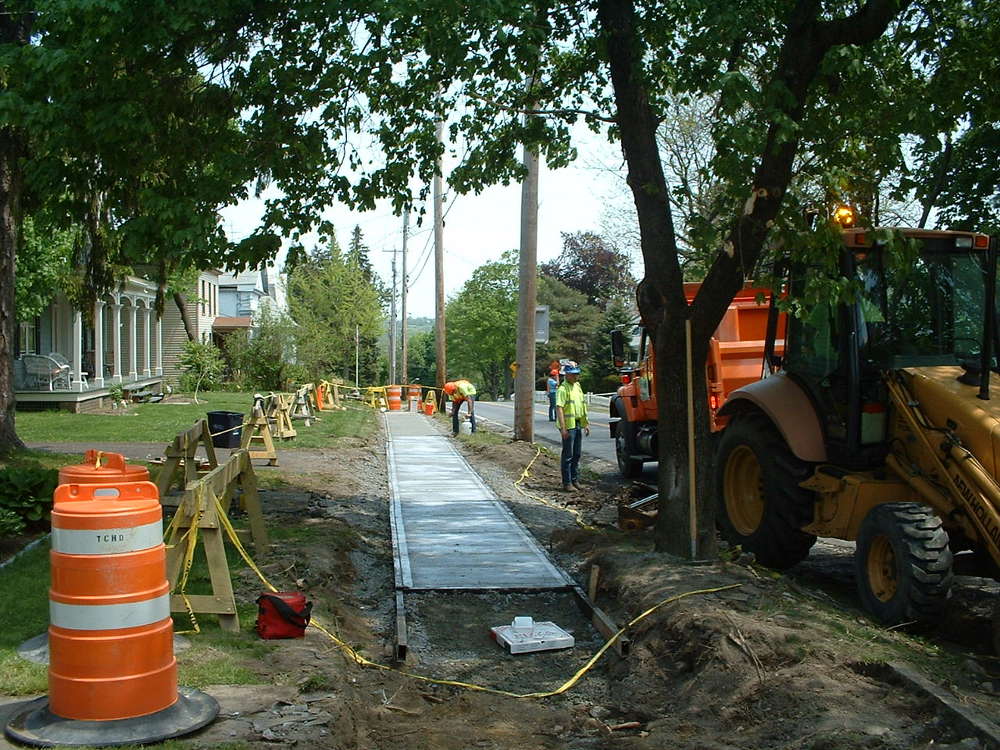 New sidewalks are installed on Church St. in the town of Coeymans.

The department's facilities include a 40 x 100 building that houses Scott's office, the lunch/break room, mechanic shop and two bays for trucks. Another building holds all the trucks. There are seven bays plus cold storage.

“It's a Clearspan building that we put up two years ago. Up until then, we didn't have a salt shed. We shared with the town and it was about two miles up the road. We had to cover it up. The walls are 3 x 6 concrete blocks that go 6 ft. tall. A canvas arch dome goes over the top. That's the Clearspan. We have salt on one side and a mixture on the other. Everything is enclosed and covered. A lot of highway departments are moving toward the Clearspan. It's cheaper than building a shed.”

All the roads in Coeymans are the responsibility of Scott and his crew. They have a total of 50.44 lane miles of road. One hundred and two roads are paved.

This time of year, Scott and his crew are in the throes of paving those roads.

“We have to use the Pave New York and EWR monies first to get reimbursed. Then we can use our CHIPS allocation. You can roll those funds over to the following year but we've never done that. Recently, Assemblyman George Amedore has been talking about doing work on Route 144. It's a $1.5 million project. The village and town are looking to redo the water and sewer lines because they're going to rip the road up and redo the infrastructure. They've been meeting with Amedore in the hopes of being able to secure some money to help pay for that part of it. If they can't come up with the money, they would either ban it or bond it to get the money. Last I heard, they needed $300,000”

“My crew is the best,” Scott boasts. “I've had the same bunch of guys since I've been super.”

Under Scott's watchful eye, the town of Coeymans highway department functions on a total operating budget of $1,179,000 that includes employee salaries and benefits and an annual CHIPS allocation of $111,916.

With the current state of the economy Scott admits it's not always easy to upgrade his armada.

“I have two trucks that are 17 years old. Every year I put in for a new one and I'm denied because of the cost. It would save money in the long run but all the board sees are dollar signs. You can talk until you're blue in the face. We know what we're doing. We know what we're talking about. Most of the board members are desk people. They don't have a clue what it takes to run a highway department. Years ago, at the end of 1998-1999 and into the 2000s, we had 15 people here. We had a wing man and now we have single operators who do everything.”

Like most highway superintendents, Scott finds doing more with less to be the most challenging part of his job.

“It's tough not having enough people. Some days I'll have three men here. You can't get much done with that. Maybe one or two are on vacation and another's out sick. We're also doing it all without a secretary.”

If he were to look through a crystal ball, what would Scott like to see?

About the Town of Coeymans

The town of Coeymans was named after Barent Pieteres Koijemans, who arrived here from Holland in 1639 and was an apprentice in a grist mill owned by the Patron Van Rensselaer. It was on April 7, 1673, that Barent Coeymans took possession of the land that he had purchased from the Indians in 1672, land which became known as the Coeymans Patent. About the year 1800, perhaps 300 or 400 families lived in the town of Coeymans, which was formed from part of the original patent and also from part of the Town of Watervliet.

The first recorded town meeting was held in April 1811 and the first supervisor was elected in 1818. The Ariaantje Coeymans stone house was built about 1720 near the mills on the Coeymans Creek. The house still stands and is in very good condition. The first dwelling, called Coeymans Castle, was a stone house that was subsequently torn down in 1833. It stood on the corner of Westerlo and First Streets.

Much of the earliest life was of Dutch ancestry and centered around the junction of the Coeymans and Onesquethaw Creek and the Hudson River. Several mills were constructed for grinding grain, sawing lumber and water power. The earliest settlement was Coeymans Landing, a port on the Hudson River, where most of the early industry began. Coeymans Landing is now the Hamlet of Coeymans. Commerce grew, especially with the close of the War of 1812, and continued to grow until the turn of the century. Ship building was a major industry along the Hudson River with the harvesting of ice. In the late 1700s, there were many brick companies and mills along the Hannacroix Creek, including Dean's Mill, Aquetuck (Peacock's Corners), Coeymans Hollow, Alcove (Stephensville) and Indian Fields (inundated in 1930 to make way for Albany's water supply, the Alcove Reservoir). Alcove was known for its mills and Mossy Hill Stone Quarry, which is still in operation today.

Coeymans Hollow is home to the Little Red Schoolhouse Museum and the Electus Shear house, both listed on the State and National Register of Historical Places. Other listings on the Registers include the Civil Building (now a senior citizen apartment house), Ariaantje Coeymans Stone House, both located in Coeymans, Tobias TenEyck House on Old Ravena Road; the crossroads community of Alcove Historic District; and St. Patrick's Church, Ravena.

It was about 1820 when stage companies established routes and were given contracts for carrying mail. Prior to this time, mail had commonly been carried by Post Riders. A turnpike company was incorporated for the construction and maintenance of a highway from Coeymans Landing through Coeymans Hollow, Indian Fields, Dormansville and Westerlo to the Delaware Turnpike (about 18 miles). The first division was incorporated in 1850 as the Coeymans and Westerlo Plank Road Company. Ten years later, plank was taken up and broken stone substituted.

The first newspaper was published in 1863. In 1907, the Ravena News bought the Coeymans Herald to become the News Herald. F.E. Bleezarde became the owner in 1917.

Coeymans was first connected to Albany in 1864 by the Saratoga and Hudson River Railroad. It was short lived and later called the “White Elephant Railroad.” It left the town without a railroad until 1883 when the New York West Shore Buffalo Line was completed. With it, Coeymans Square, whose name was changed to Coeymans Junction, flourished. Coeymans Junction is now Ravena. Waterworks were constructed in 1897 and Ravena was incorporated into a village in 1914. Telephone service was added in 1903, electric lights were added in 1908 and a sewage system was installed in 1915.