Highway Superintendent Gary Marshall and the Town of Brandon 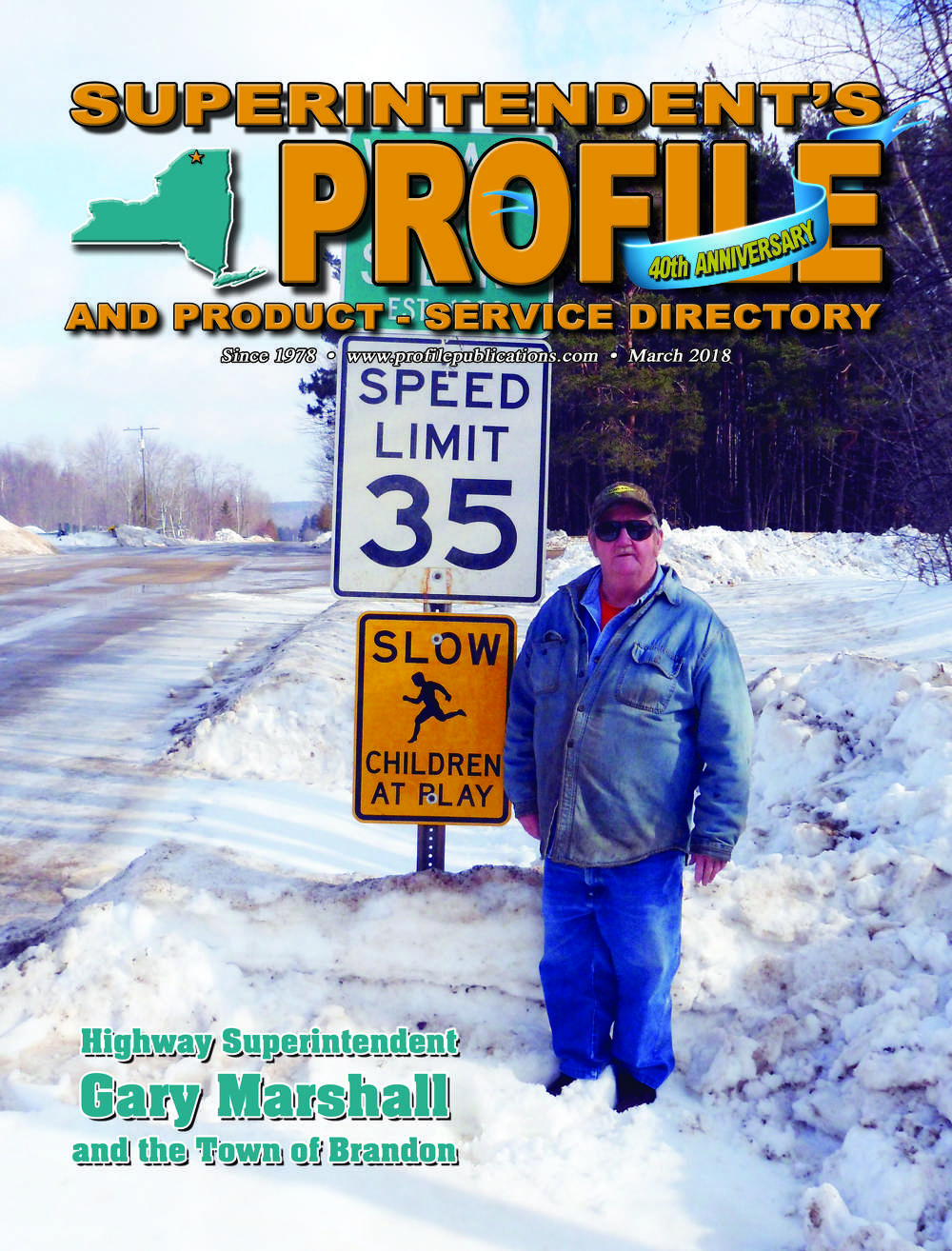 Gary is a Franklin County native, having lived in the town of Brandon for all of his 75 years. A 1961 graduate of Franklin Academy in Malone, N.Y., he went to work for the town several years later.

“After graduation, I went to work for Malone Central Schools as a janitor,” he said. “Then, I had an opportunity to go to Alcoa for four years of night school. I graduated as a New York State certified pipe fitter. I continued to work at the school for 38 years, while working here part-time. I plowed snow and did mechanical and welding work.”

When asked why he wanted the coveted highway superintendent's post, Gary's initial response was, “I don't know.”

After pondering the question a bit longer, though, he confessed, “I was interested. I enjoyed running machinery. At that time, the highway garage was near my house. In 1964, there was a fire at the garage. All the machinery was lost except for one truck. At that time, we were a poor town. We didn't have anything. The roads were narrow. We didn't have a bolt to put in the snowplow blade. After I became super, I revolutionized the place. Now we have a slick operation.

“I don't know what I thought when I started, “Gary continued. “I wanted to see some improvements. I worked 50 years and my accomplishments are overwhelming. When I started, we didn't have a road you could travel on over 20 miles per hour. We didn't have a lick of blacktop. It's rewarding to see the progress we've made. To see these roads, where we are today. We don't have a pothole. We don't use cold patch. Even though we've done a lot, there's still work to be done. I'm not praising myself, but I can do it all. That's the way it is if you are driven.”

Gary was born into a family of four, three brothers and one sister. He married Judith O'Connor in 1963. 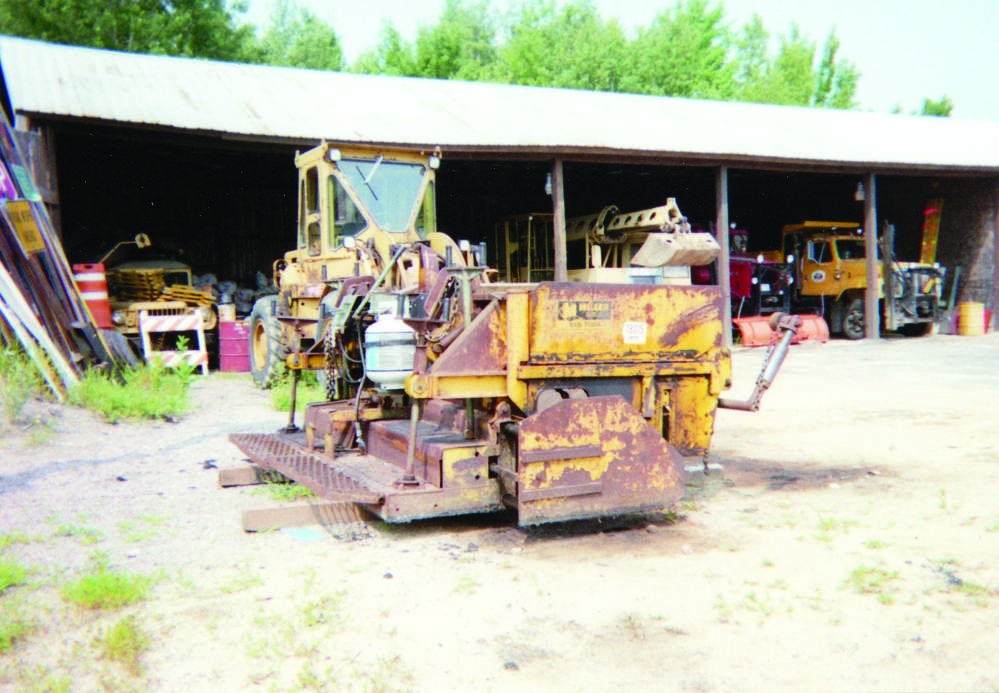 “We've been married 54 years. We have five boys: Barry, 53, he's a loader operator for Upstone Quarries and has two daughters, Jesse and Ashley; Curtis, 49, is a New York State Correction Officer and has three daughters, Morgan, Brooke and Madison; Corey, 37, is single and a HEO for the town of Brandon. Then, there are identical twins, Jerry and Cary, 36. Jerry has a son, Logan, and is a deputy sheriff for Franklin County and Cary is married with no children and a mechanic for the town of Brandon.”

In whatever “free” time he has, Gary prides himself on being a dirt racing fan.

“My wife and I would travel all over — Albany, Saratoga, Fonda, Lebanon Valley. I used to drive, but not anymore. I have all them boys. I used to put them in the back of my truck and away we went.”

Gary chuckles when asked about retirement. “You have to keep your brain working. I'm not ready to quit. I don't know if that keeps me young. I'm not going to retire. If my health stays good, I'm going to stay for this term and another term and maybe another. Maybe you can come back and interview me again.”

As highway superintendent, it is Gary's job to maintain the town's 80 lane miles of road; six of those are gravel and the rest are paved. The department also is responsible for 18 miles that belong to Franklin County. 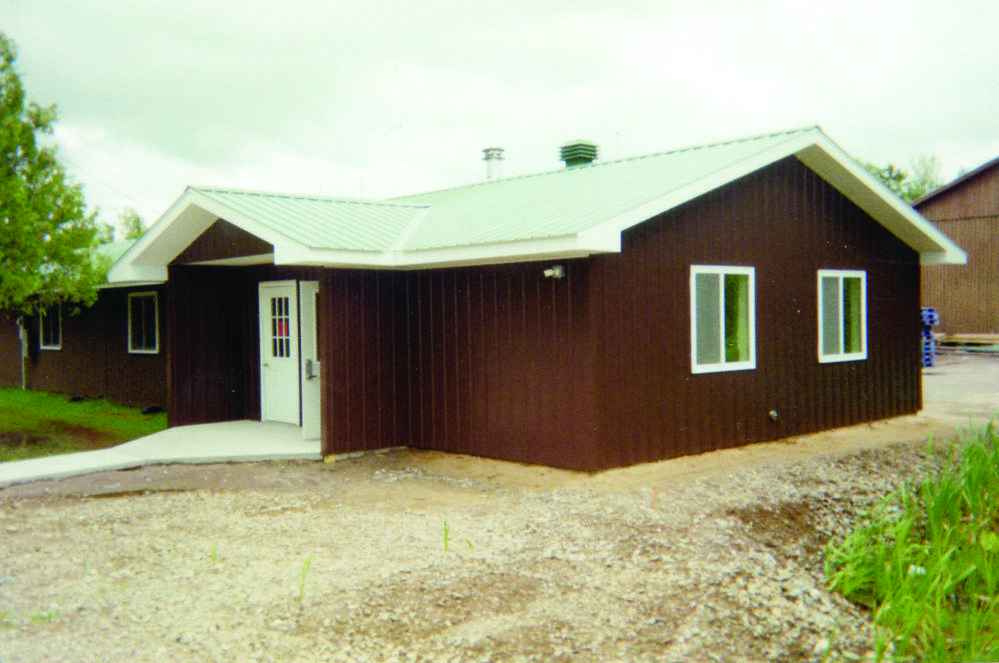 “To maintain them, we have a blacktop drive box that we hook to the back of the truck. That fixes the bad spots.,” Gary said.

All of that translates into three plowing routes that take about four hours to complete.

“If it's snowing, we go until it's done. We go over everything. Put six loads of sand on. Each truck has its own route. We go back out around 11:30 and redo the roads, re-sand them all. We try to get back to the garage, so we can go home around 3:30-4 o'clock and eat supper in case we have to come back and work again. We've already had about a foot and a half of snow.

“When we have a storm, I climb into the snowplow just like the other men. We run three trucks, fully equipped, automatic. Years ago, it would take eight to 10 hours to go through the town. Now we do it in three hours and six loads of sand. We try to keep it peeled down close to the blacktop by using carbide bites and rubber wing blades.”

“I had a bad experience in 1983. I was checking the roads when I picked up a batch of slush coming out of the rec park. My brother was walking up the road. I hit a bridge and nearly split the truck in two. I dislocated both hips, broke my jaw and lost my right eye. I spent 45 days in the hospital. I was in critical condition for nine days. I had numerous surgeries. I tore my retina liner. They patched it with silicone then it was ripply. They put an implant in. I can see a little bit, but not much. Losing my eye was one of the biggest shocks of my life, but I kept going. Just because you lose an eye doesn't mean the world comes to an end. I got myself together, went back to Alcoa and worked another 20 years.”

If that wasn't enough, in 2017 bad luck reared its ugly head again.

“March 15 was a bad night,” Gary said. “I tipped my truck over in a deep hole. It was snowing hard — probably three or four inches an hour. The windows fogged up and I couldn't see. I could have thrown a stone with a slingshot to the garage. That's how close I was. I picked the deepest hole in the road and on the wrong side. When I tipped over, the other trucks were the farthest distance away from the garage as they could be. Never broke a mirror or window. I stayed there patiently being there was no fire. There were no lights. It was pitch black. I shut the kill switch and turned the motor off. The 911 dispatcher heard me. They asked if I was hurt. Somebody called my house and two of my sons came with a ladder. They got up there and held that big door open. They finally pulled me out after about 45 minutes.”

“In the past, I've had four or five. Because of fiscal constraints, I'm down to two. As time went on, if people retired, we'd absorb it.”

Under Gary's vigilant eye, the town of Brandon's highway department functions on a total operating budget of $260,000 that includes salaries and benefits for employees and an annual CHIPS allocation of $104,718.68. That includes $13,293.58 for Extreme Winter Recovery and $16,990.45 for PAVE-NY.

When it comes to budgeting for new equipment, Gary's hands are tied.

“I'm not able to do that.” He said. “You can buy new equipment off CHIPS, but I stay away from that except we piggyback off state contract. This year, I bought two small snowplows and a sander. They were about $25,000 total. You don't need modern machinery to do a good job. Sometimes an older piece will do just fine.”

Gary agrees today's equipment has come a long way, but he's not impressed by the technology.

“I stay with the older machinery. We can repair most of our equipment.”

In a small town, such as Brandon, there's no such thing as a typical day.

“You can plan and plan, but when you have a small crew, you can't always do what you want,” Gary said.

In addition to the roadwork, Gary and his crew have been kept busy dealing with disasters.

“We've had six or seven disasters up here. We get a lot of winter here in the foothills of the Adirondacks. The snow comes out of the St. Lawrence Valley and goes over the hill to get to Saranac Lake and Lake Placid. It gets dumped on that side hill and we end up with lots of snow. Last March, we got hit with four feet in one storm over three days.”

With no big projects on the horizon, Gary has his eyes set on changing the department's landscape.

“Through a tax sale, we acquired the property next to us. It's a building that went back for taxes. We're going to take it down and re-ditch the place, change the water flow, bulldoze it, repave it and enlarge the parking area.”

Looking back over his 43 years, what's surprised him the most?

“Going from a hole in the wall to a semi-modern facility. You don't necessarily have to have a million-dollar complex to be effective. We have everything and more.”

The town of Brandon was organized in 1828 from the town of Bangor. Subsequently, the town lost much of its area in the formation of the towns of Harrietstown and Santa Clara.

As of the census of 2000, there were 542 people, 195 households, and 150 families residing in the town. The population density was 13.1 people per square mile. There were 309 housing units at an average density of 7.5 per square mile.

There were 195 households out of which 39.5 percent had children under the age of 18 living with them, 60 percent were married couples living together, 6.7 percent had a female householder with no husband present, and 22.6 percent were non-families; 15.9 percent of all households were made up of individuals and 4.1 percent had someone living alone who was 65 years of age or older. The average household size was 2.74 and the average family size was 2.99.