Highway Superintendent Patrick Mahar and the Town of Denmark 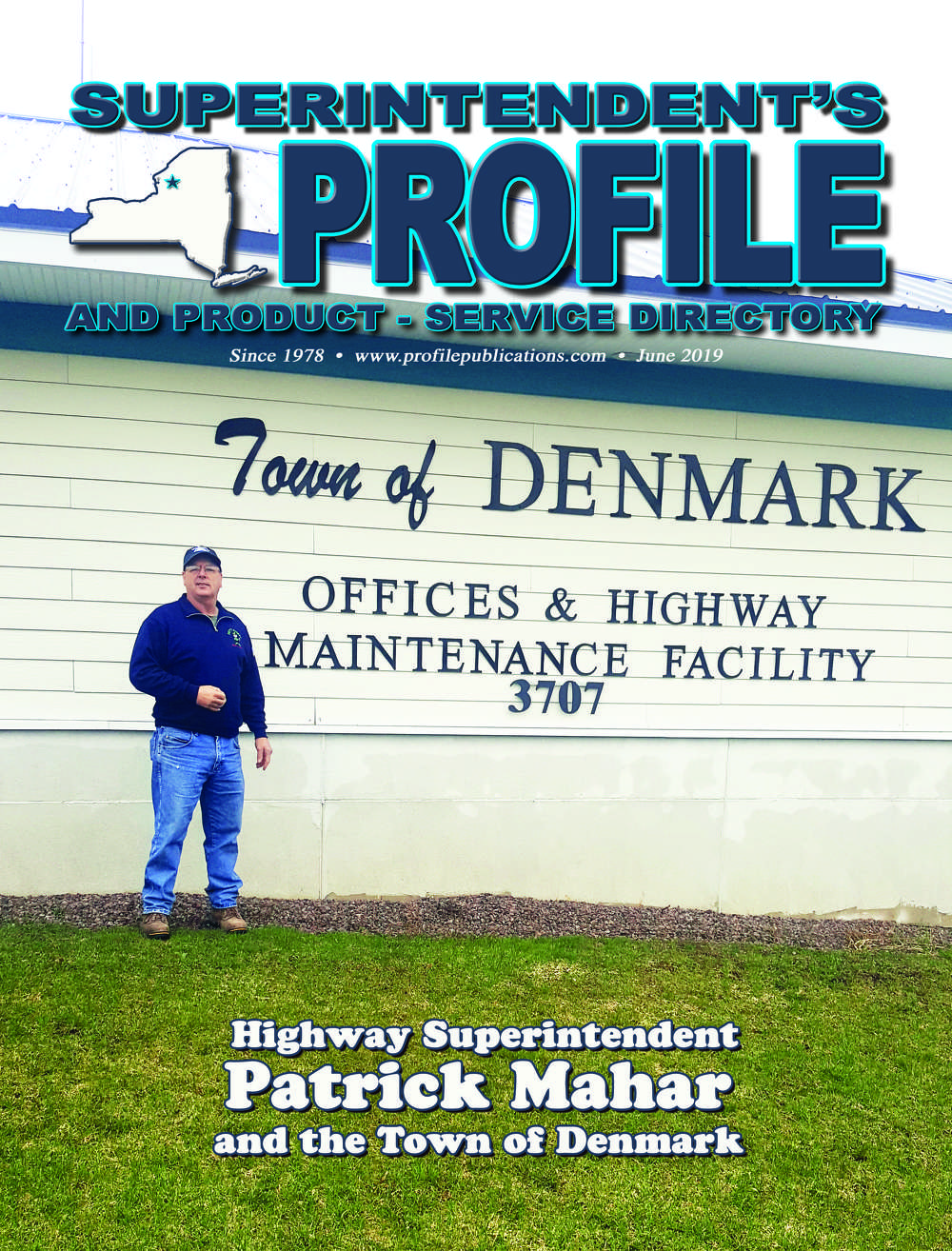 Patrick Mahar is proof positive that hard work and perseverance pay off.

For him, the journey to becoming highway superintendent of the town of Denmark was a slow and steady one that began when he was a young boy.

“I went to school in Copenhagen and started working on the farm when I was 14,” Patrick said. “There were seven of us and my dad died when I was nine. If we wanted anything extra, like a better pair of sneakers, we had to go out and earn it.

“I worked on various other farms until 1980, when I went to work for the town as an MEO. I did that for five years. My neighbor was a plant manager for a feed mill. He came up to me one day at the fire hall and said, 'You might want to put your name in down there. We're hiring.' I did and he hired me as a truck driver. I worked there for 21 years and then at the highway department from 1980 to 1985. I went back to the feed company in 1985 and left again in 2007. The feed industry was changing. The smaller farms were dying out and bigger ones were coming in. Competition was terrible and the company I worked for got sold so I went back to the highway department.

“The current superintendent was retiring. I was one of three candidates they interviewed for the position. The other two wanted to hold their jobs until after the election to see if they got elected. I told them I could start in two weeks. I was appointed in May of 2007.”

Patrick has lived in the town of Denmark for all of his 62 years. He and his wife, Diane, a food worker at the Copenhagen Central School, have four children. Matthew, 33, works for a pre-treatment water plant in Tennessee. He has one daughter, Aaliyah, 6. Next is Stephen, an autobody mechanic. He's 29 and getting married to Jordan in September. They have two children; Bella, 9 and Connor, 5. Sarah, 26, is a dental assistant and lives at home.

“We lost our son, Michael, earlier this year. He suffered from migraines and an autoimmune disease. He was on steroids for 12 years. Every time they'd try to get him off, he'd relapse so we could never get him off the steroids. A year ago, his kidneys shut down. We got them started in December, then his liver quit. We got that started and in February he had a heart attack. 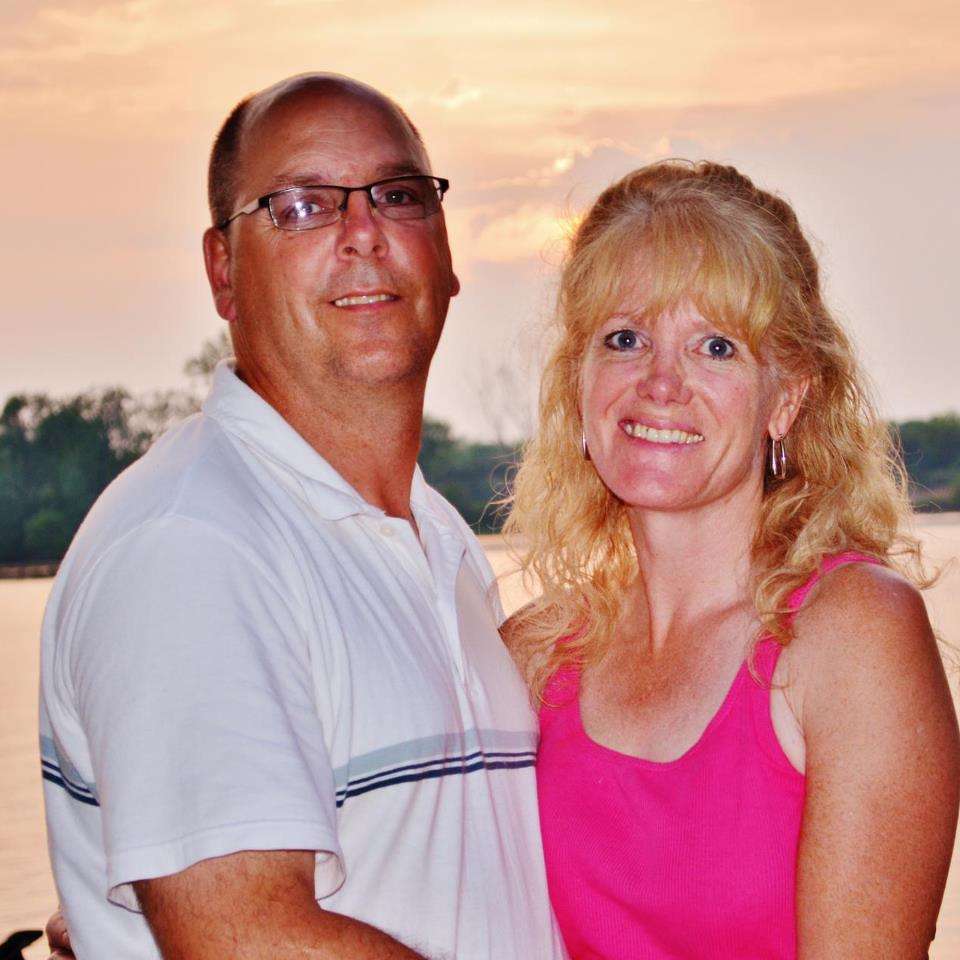 Patrick Mahar has lived in the town of Denmark for all of his 62 years. He and his wife, Diane, a food worker at the Copenhagen Central School, have four children.

“February wasn't a good month for me. We had a snowplow slide back down a hill. One of the guys got out to hook up the chain for the tow truck and slipped and fell. He broke his leg and tore all the ligaments in his ankle. The following week the motor went up in the truck. The next week, we tipped one over on its side and the week after that Michael passed away.”

A firefighter for 43 years, Patrick is currently the president of the Copenhagen Fire Department and the State Association of Highway Superintendents; secretary/treasurer for the Lewis County Highway Association; a member of the town planning board; and superintendent of Special Districts.

What does Patrick do for fun?

“The last three years we've been remodeling our house. In between that, we like to go camping in the Adirondacks. I also like to hunt. I've never fished. Never had time. I'm hoping I can do that when I retire.”

“Our garage is 14 years old,” Patrick said. “It's 80 x 160 with all open bays. There are eight overhead doors and five without. It's full in the winter. We rent floor space to the department of transportation. They operate two snowplows out of our shop and have their own salt shed on the premises. In exchange for that, they provide us with 500 tons of road salt. Our shed holds about 400 tons. We have a break room with a sink, stove and refrigerator. In the winter, when the guys come in from plowing, they'll make breakfast and then work on their trucks or go back out plowing. My office is next door in the office complex along with the assessor, town supervisor, court clerk and town clerk.” 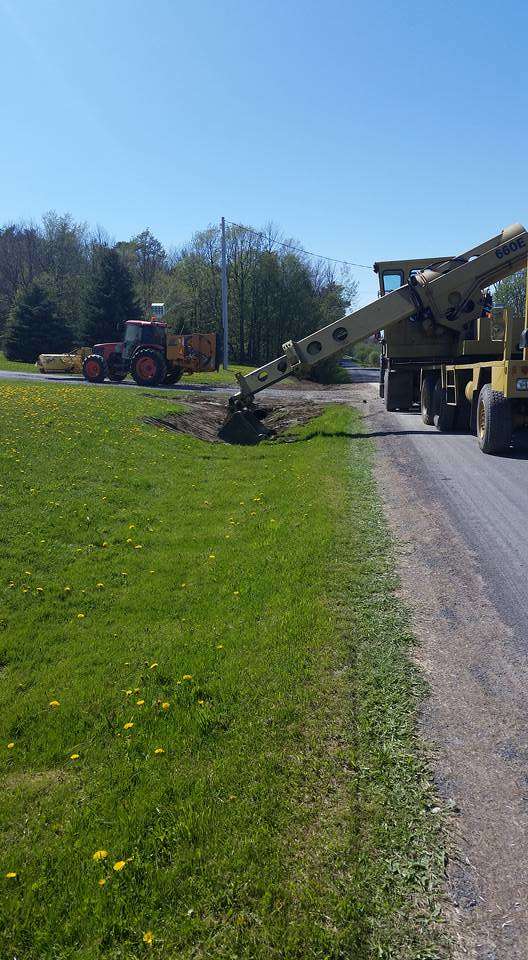 A resident wanted to dress up his front lawn, so he bought the pipe and the highway department installed it.

As highway superintendent, Patrick is responsible for maintaining the town's 70 miles of road, three of which are gravel and 15 are paved. That translates into three plowing routes that take three hours to complete. In addition to the town, the highway department also maintains 13.95 miles of county roads in the winter.

Under Patrick's direction, the town of Denmark highway department runs on a total operating budget of $910,204 that includes salaries and benefits for employees, an annual CHIPS allocation of $90,463; $16,000 from Emergency Winter Recovery; and about $20,000 from PAVE-NY.

“This is the last year for Emergency Winter Recovery and PAVE-NY. We're hoping to talk to the legislators into restoring them before they go on break in June.”

To carry out its duties, the town uses a well-rounded fleet of equipment, including:

So how does Patrick do it?

“We try to stay on a seven-year rotation cycle so we can sell the older trucks and purchase new ones. Then we take that money to offset the purchase of the new ones. We're in our fourth year of a seven-year plan. This year we had to purchase a new broom. I bumped the budget up a bit to cover that. Hopefully, next year there will be some money to purchase a tractor and mower. We also need to replace a Gradall. That's a big-ticket item.

“In 2017, we bought three new plow trucks for $750,000. We financed them over seven years and pay a yearly rate of $103,000. The way I look at it, you must have a piece of equipment that's not going to break down in the winter. I talked with the board. The first few meetings didn't go as well as I'd hoped but they looked it over. I gave them more information and they said, 'We can do this.'”

Unlike some highway superintendents, Patrick and his crew believe state-of-the-art technology in today's vehicles is a good thing.

“This time when we bought trucks, we got joystick controls. You push one button, pull the trigger and pull the handle back and forward and the wing goes up and down. A few of the guys said, 'I'm not going to like these.' The next thing you know, 'That's the greatest thing we ever bought.'”

Patrick also is proud of the town's windmill project.

“It took seven years from start to the first turbine on the ground making electricity. There are 40 windmills. The people in charge of the project pay the town, the school and the county. As highway superintendent, it was my job to keep an eye on my roads so they weren't destroyed. We had another windmill project 15 or 16 years ago that literally ruined two town roads. A lot of their equipment — cranes, trucks — were coming in and out. Usually, you have 10 trucks a day. When you're doing a windmill project, you could have 100. When you put that many trucks on the same road, it might not hold up. We had several trucks that were pushing the shoulders off the side. My roads are mostly 18 and 20 ft. wide. When you go off the edge even a little and it's soft, it pushes it.

“The project started out with the planning board. I sit on the board to protect the interests of the town roads. They picked a developer to build the roads they wanted. Then the developer brought in the windmills, turbines and all the other parts and put them together.”

When asked what his favorite part of the job has been Patrick was quick to answer, “reprofiling a road.”

“We add stone to the grinder and it lays it back down,” he said. “Then we grade it smooth and roll it. It gets rid of the wheel ruts and makes the road level and flat again. We do about 1.5 miles a year. I'm not sure what's going to happen this year because of the budget. The state lost $65 million in emergency winter recovery money. That's about $16,000 for my town. We're hoping to talk the legislators into restoring it before they break in June.”

The most important part?

“When it's snowing and the roads are open so people can get where they need to go,” Patrick answered. “Facebook gets very active when the residents don't think we're clearing them fast enough. Some think, 'I'm pulling out of my driveway now. The roads should be plowed.' It doesn't always work that way. I've had some residents call me and complain. My response is, 'We leave here. It takes us three hours to get back. If you can't see to drive faster than 5 to 10 mph, do you think it's going to take me longer to get around my plow route?' They say, 'I guess.' Then I reply, 'There you go. You got your answer.' Several people will come to my rescue and say, 'You should sit in the plow truck and ride around in one of the snowstorms and see what they have to deal with.' Occasionally I cover for some of the guys. I'll go out in the plow, take a video and post it on Facebook. It's eye-opening.”

Patrick's most memorable moment was when they were taking out a culvert pipe.

“One of the guys was down in the ditch when a few garter snakes came out. He came out of the ditch faster than he went in. I never saw someone come out of a ditch so fast in my life. We had a lot of fun with that.”

What's been the most rewarding?

“Seeing the new top on a road after it's been reprofiled. Just to ride across it and see how much better it is when it's finished.”

But the best part?

“When you go outside after it stops snowing. We have some back roads that still are tree-lined. You drive down that road and everything is white. The road is freshly plowed. It's very distinctive against the backdrop of where the road goes. It's beauty in my eyes.”

About the Town of Denmark

Denmark is a town in Lewis County and named after the Kingdom of Denmark. It's on the northwest border of the county and lies east of Watertown. The town of Denmark was first settled around 1800 and was formed in 1807 from the town of Harrisburg.

According to the United States Census Bureau, the town has a total area of 51 square miles.