Superintendent of Highways Michael Donahue and the Town of Binghamton 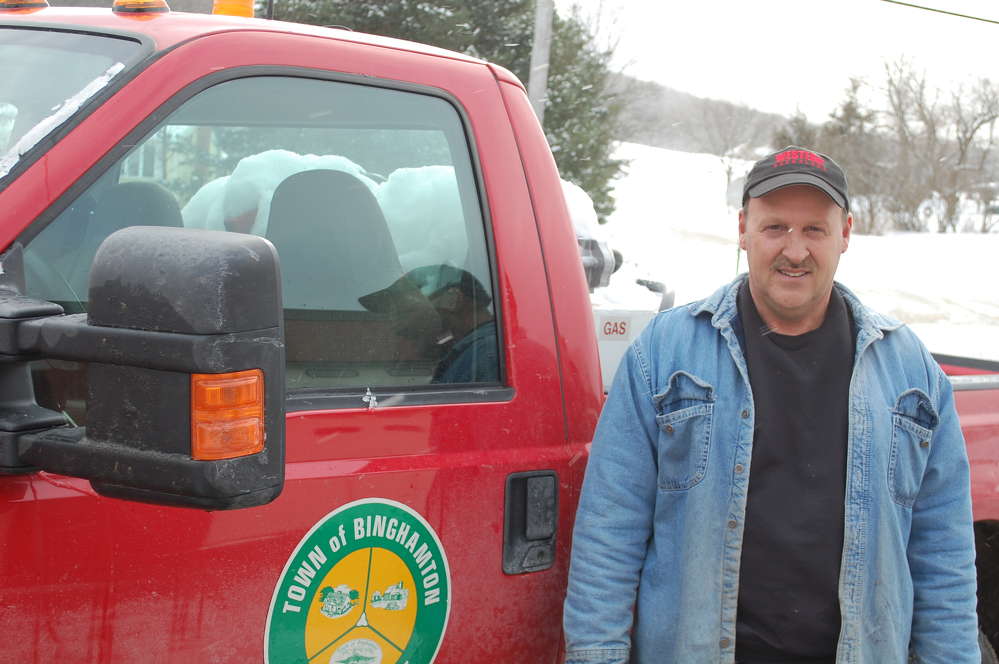 That’s a good thing for him, and a better thing for his employer: the town of Binghamton.

As town of Binghamton highway superintendent, Mike is responsible for keeping the town’s fleet of equipment up to date within a limited budget. Besides the mainstay inventory of snow removal equipment, loaders and some earthmoving equipment, the town also has a good assortment of specialized pieces such as sweepers, a water truck, older pickup trucks that are used by the summer temporary crews, generator sets, compressors and a shop that is equipped with specialized drills, cutting equipment and a forklift.

Much of this equipment is not on the standard inventory list of upstate New York highway departments. But it is equipment used by the federal government.

To take advantage of these bargains requires an ability to use the Internet and a handful of good connections on the federal government level, along with a bit of patience, Mike said.

“If you’re going to do this you need to set aside the time to tackle it. You have to be very patient, know your equipment, and be willing to travel to pick the stuff up. But the end result can be a tremendous savings for your local taxpayers. 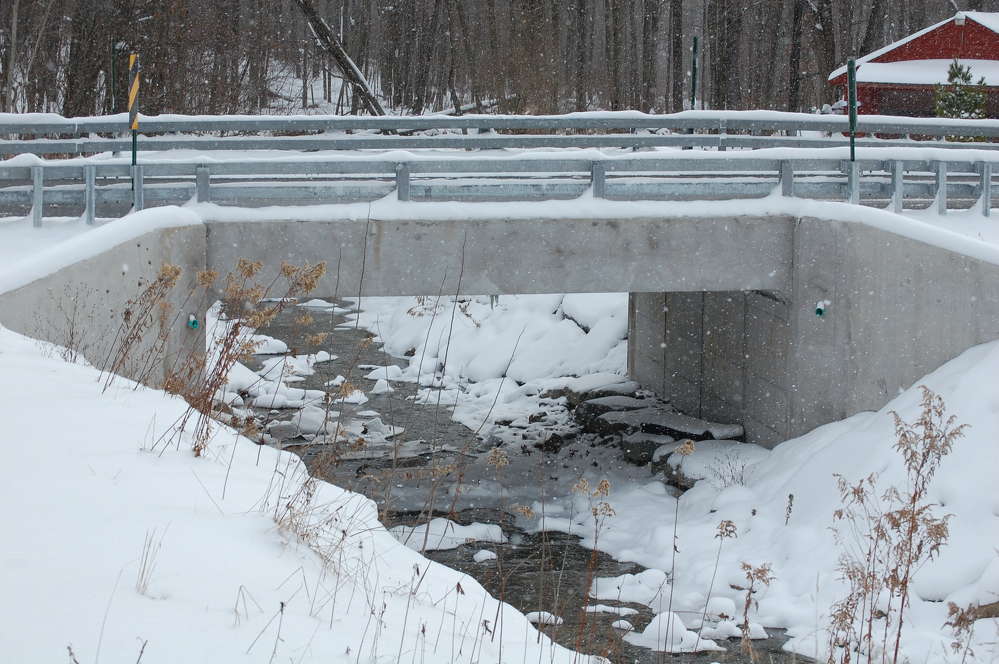 “Many times this equipment fits our needs perfectly. In the summer time we hire temporary help to do painting, moving and odd jobs. To send a crew out with buckets of paint in a brand new $20,000 pickup truck just to have them bring back the truck with paint spilled in the bed doesn’t make a lot of sense when you can send them out in a well maintained, perfectly safe, 10-year old pickup with twenty or thirty thousand miles on it that you only paid $1,000 for.

“We built a good-sized cold equipment storage shed. The metal, the doors, and the trusses we bought from federal government surplus for a couple of hundred dollars.

“Not all highway departments can justify the cost of a backup power system to keep the department running during an emergency. Well you certainly can at government surplus prices,” he said.

In addition to a low-hour great condition water truck for a couple of hundred dollars, the town of Binghamton also has been able to purchase eight- to 10-year-old pickup trucks with as few as 20,000 or 30,000 mi. on them for under $1,000; a brand new sweeper attachment for the town’s skid steer for under $1,000; a Snap-on shop quality toolbox fully loaded with tools for $50 or so; a Tymco self-propelled highway sweeper and a second one for parts for about $1,000; and drill presses for $25 to $50.

“There are a few tricks you do need to learn. The government uses strange stock and inventory numbers, but once you get used to them it saves a whole lot of time when you start looking at page after page on the Internet,” Mike added.

Mike credits the department secretary, Heather Gates, with helping the department transition into the digital era. In addition to searching for government surplus equipment, the department also relies heavily on the Internet and e-mail for weather information and communications with board members and engineering firms. 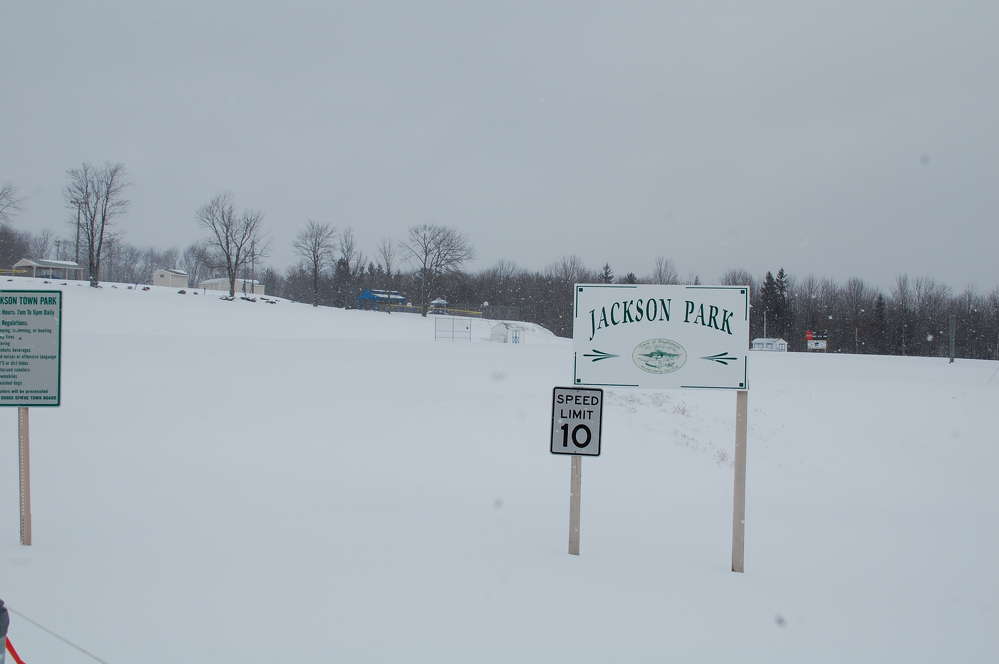 Out With the Old,

in With the New

Not everything can be bought in the bargain basement, however, and Mike turns to state contracts when purchasing brand new equipment.

“When purchasing brand new equipment for snow removal, etc., most of the time we buy off of the state contract. The variable for us is what we are going to get for our trades. Because we buy in cash we never have a settlement amount that we have to worry about with the banks. Sometimes the best price that we can get on a piece that we were intending to trade in can be from another municipality who has a need to fill. At times, the dealer listed on the state contract for whatever reason can’t give us the trade numbers that we are looking for. In that scenario we consider putting the purchase out for local bids.

“Most of our excess inventory we sell through Auctions International in Buffalo, New York. It has been our experience in working with them that our equipment brings a good value and their fees are very reasonable. Quite often I’m successful in selling some of our excess trailers, trucks, pickups, etc., directly to other municipalities that have equipment needs. The town’s current inventory includes 10 full-size trucks equipped with dump bodies, plows and sanders; five pickup trucks; and about seven pieces of earthmoving equipment.” 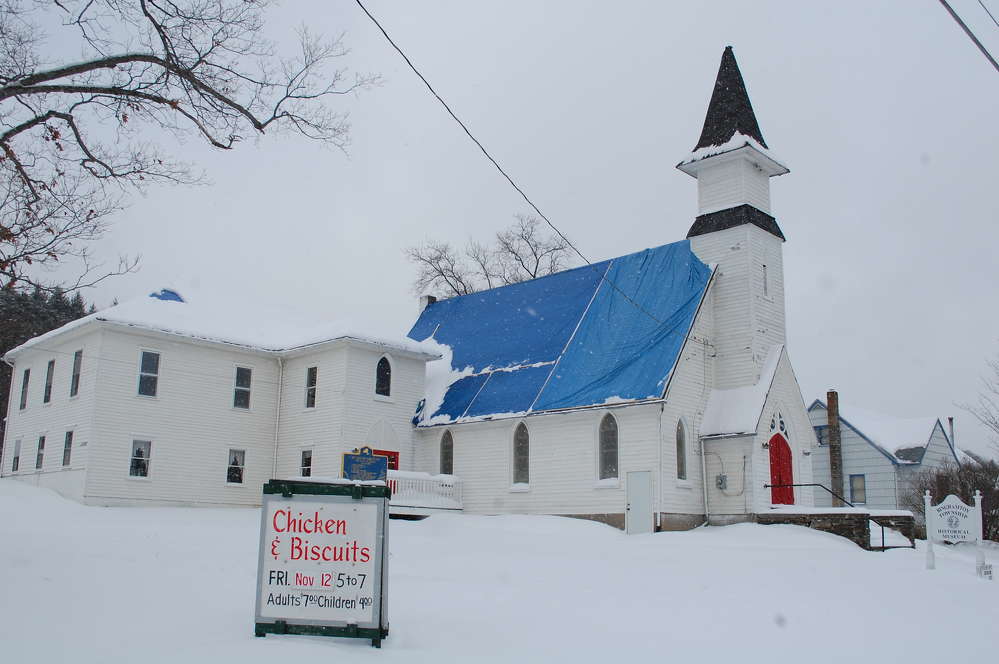 Part of the reason that the town has been able to keep its fleet updated and well maintained is that the town has a policy of not borrowing money. The town highway department has an annual budget of approximately $1.1 million per year. Each year a portion of that budget is put into an equipment and project reserve fund so that when it comes time to make major equipment purchases or to do major repair work the town is never borrowing money, saving the towns taxpayers significantly on the cost of financing, according to Mike.

This reserve allowed the town to save a significant amount of money replacing two bridges in the township; one 28-ft. long and the other 24-ft. long.

Both of the above-mentioned bridges, along with several other large culverts, were severely damaged or destroyed by floods. 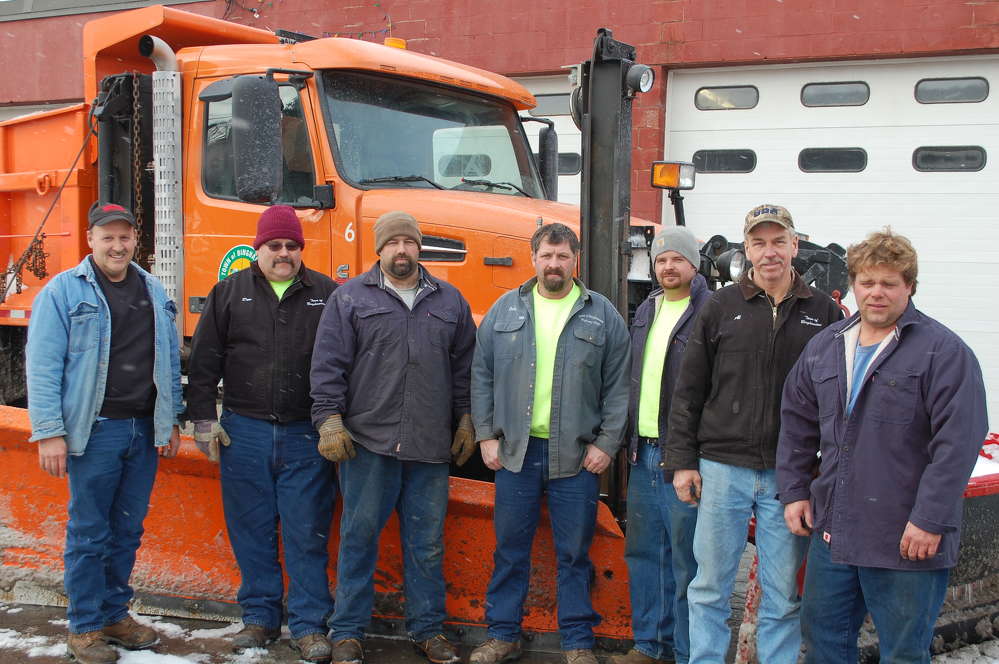 And that’s not the only curve Mother Nature has thrown at the town of Binghamton. Over the past 20 years of his tenure Mike has seen his share of challenges:

A big blizzard in 1993 brought in 3 ft. of snow in just a few hours. In 1996, the area was hit by significant flooding. In 1998, a tornado went through from one end of the town to the other. In 2006, flooding was so severe it ripped out large culverts, sections of road and highway shoulders. Two culverts each 6 ft. in diameter and one over 100 ft. long were ripped out.

Mike prides himself on being a “one-minute manager.”

“I deal with problems case by case as they come up. I’ve never had a day that I would consider overwhelming. I treat people with consideration and respect and most of the time I get the same in return.”

“We have to answer for everything that we do around here to the taxpayers and none of us are in any position to raise taxes right now. Unfortunately, healthcare prices, one of our biggest expenditures, continue to skyrocket and there is nothing we can do to control those costs. Working with our employees to find the right healthcare coverage to suit their needs within our own budget constraints is going to continue to be one of the biggest problems we face as highway superintendents. That’s one of the reasons why I think it is important that we learn to accomplish more with less.

“Buying tool kits from the federal government for twenty-five cents on the dollar is the type of thing that I can continue to do to lessen the burden on the town’s employees and on the town’s taxpayers.

“There are other things that we do to keep the costs in line. We participate in equipment sharing with other highway departments. Any building projects like our salt shed, storage buildings, or additions to the garage we have accomplished using our own staff to do the construction work.”

The Highway Superintendent and His Crew

The town’s highway department and garage and office facility was constructed in 1958. Several upgrades and additions to the facility have been made over the past couple of decades, including expanding office space, a new fuel storage system, and the addition of several cold storage buildings and a new salt barn.

As far as upcoming projects, the town is very involved in updating the water system. Three subdivisions near the city of Binghamton are supplied with city water and fall under the responsibility of the town. The water pipes are old and dated and they are in the process of replacing them all.

About the Town of Binghamton

In 1786, a wealthy Philadelphian and U.S. Senator by the name of William Bingham purchased 32,600 acres of land from the State of New York at a cost of 12.25 cents per acre. On Dec. 3, 1855, by an act of legislature the town of Chenango was divided and the town of Binghamton created, which at that time consisted mostly of the east side of the city of Binghamton and lands south of the Susquehanna and Chenango rivers.

It is a predominantly rural area with rolling hills, thick forests and agriculture (mostly dairy farming). The population of the area is made up of farm families, commuters to jobs in the Binghamton area, retirees who have moved in from New York and Pennsylvania metropolitan areas.

Approximately 100,000 people head to upstate New York and the city of Binghamton every August for the annual Spiedie Fest and Hot-Air Balloon Rally. The event features celebrities, food vendors, musical performances and hot air balloon crews from all over the world, along with the annual spiedie cooking fest.

A spiedie consists of cubes of chicken, pork, lamb, venison or beef. The cubes of meat are marinated for several days in a special marinade sauce and then grilled on skewers over a charcoal pit. They are then served on soft Italian bread or submarine rolls.