Supervisor of Streets Don Rapalee and the Village of Penn Yan 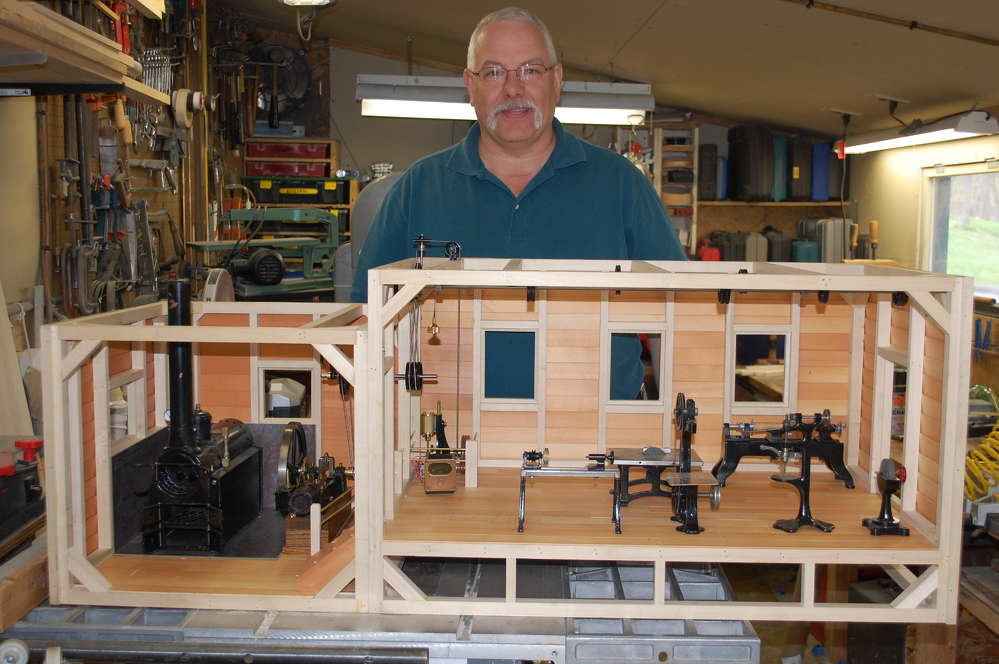 Losing a friend and colleague is difficult. Being called on to replace him as streets foreman is even more difficult. But that’s exactly what Don “Rap” Rapalee had to do when his predecessor passed away in 2008.

“It was difficult to deal with the grief of the passing of a good friend and workmate and dealing with the decision as to whether or not I wanted to be his replacement for the village,” Rap said. “Working with the crews and doing the actual day to day work involved in maintaining the streets of the village, that part of the job I knew I could handle. I had worked with this crew for several years so there was no difficult transition in that area.”

“When I first joined the streets department in 1988 the efforts of the department really focused in a few areas; snowstorm clean up, leaf removal, spring clean up, sidewalk repair and street maintenance. For any other projects outside vendors typically were called in,” Rap said.

“Today we handle more and more of the infrastructure projects internally. Currently we are gradually replacing and upgrading much of the storm sewer infrastructure in the village. One street at a time we are tackling complete road reconstruction from the subbase to the top coat of asphalt. These types of projects in previous decades we probably would not have tackled. We have learned that we can do these jobs more cost effectively than hiring outside vendors. 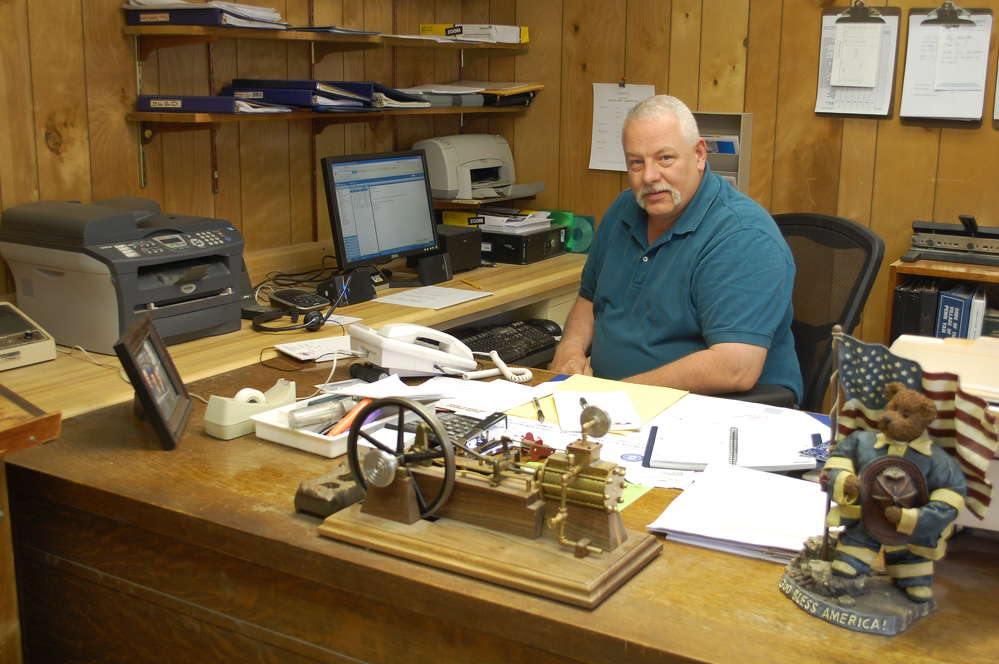 “Whenever possible we cooperate with both manpower and equipment in assisting or receiving assistance from neighboring municipalities. Surrounding townships will at times help us with our trucking when we are reclaiming roads. Their trucks are bigger and can handle moving large amounts of material more effectively than we can. In turn, we try to help them out whenever possible. As we are working at replacing the older streets in the village whenever needed, we are also replacing water and sewer lines.

“I enjoy seeing the fruits of our department’s labor. When we finish a major project, to look at the beautiful new street and seeing how pleased the residents are, there is really nothing more fulfilling than that,” he said.

One of the major focuses in the village is improving the condition of a number of the village streets that have fallen into serious disrepair and upgrading the underground utilities. Many of the streets in the village were built and designed in the late 1800s and early 1900s and were not engineered to handle larger vehicles and increased traffic demands of today. The result has been that several of these streets have dramatically deteriorated. Under the current economic climate it is very difficult to obtain funding to tackle the reclamation of all of the damaged streets at once, according to Rap. It needs to be done gradually and in phases.

“One of the most difficult concepts that I have had trouble with wrapping my head around is the idea that in the long run you are better off putting your available resources at work restoring the good streets to excellent condition rather than doing a lot of temporary fixes to streets that are already in bad shape. Over the long term, it makes more sense to keep your good streets in great shape and tackle the bad streets from the bottom up when you have the funds available to do so.”

The department currently is involved in the total reconstruction of a portion of E. Elm Street, including upgrading the infrastructure. It also has an ongoing storm sewer project on the south side of town, and will be starting the annual sidewalk replacement project.

Over the years, the village has not been burdened with significant natural disasters. It is located outside of the major snow-belt areas of upstate New York and typically only receives a few feet of snow each year. There are expansive hillsides surrounding the area around the village and when there is significant rainfall or snow melt, if debris clogs a few culverts, they can get a little bit of localized flooding, but rarely to any serious extent. 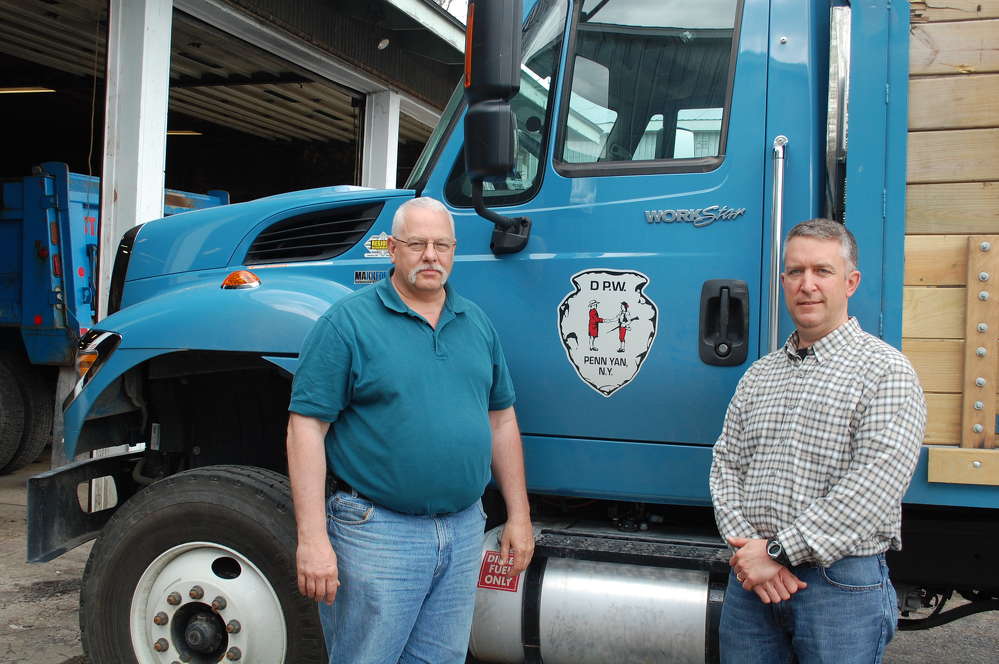 One part of the job Rap doesn’t enjoy is the paperwork.

“What I had not really been involved in [before becoming streets foreman] and had no interest in was the paperwork that goes along with the job. To this day, if there is any aspect of the job that I don’t like or struggle with it’s the administrative paperwork.

The DPW/Village “barns” are located at 396 Elm St., Penn Yan. Three buildings are used for the storage of equipment, including one building from the mid 1920s.

“We also use this building for our mechanical/service work on all of our equipment. The other two buildings are mainly for equipment storage. One has the crew area room and the other houses my office,” Rap said.

The village has two buildings it uses for salt storage. One holds about 70 tons and the other holds approximately 500 tons. The village is able to store a surplus of salt in the spring every year by purchasing it at the year-end price, Rap said. 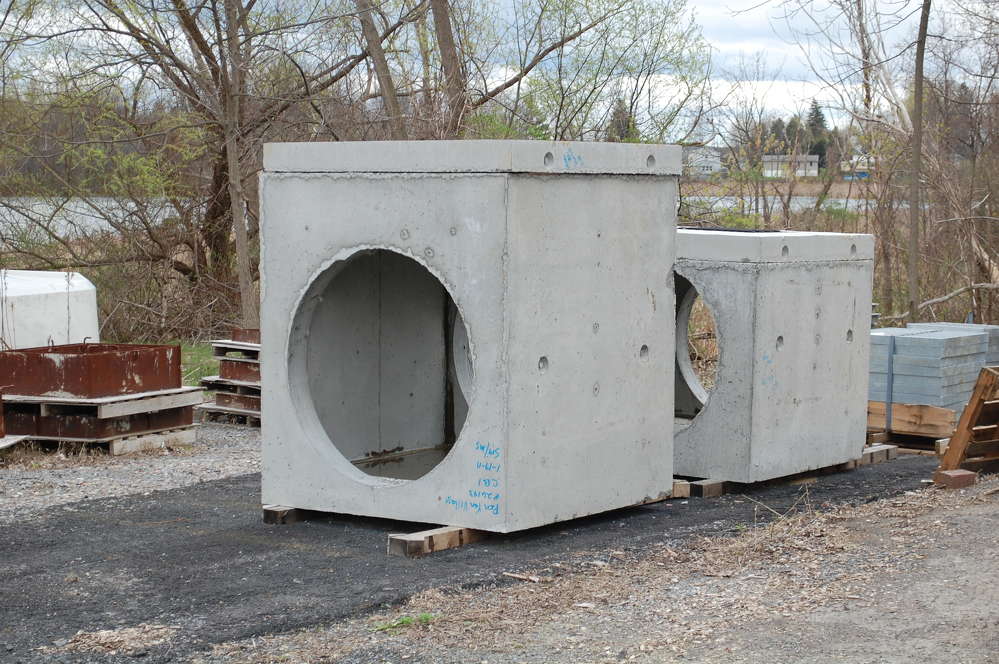 “Our oldest piece of equipment is a 1994 Sander and the newest is a 2011 International 14 ft. stake body,” Rap said. “Our director of public works has developed a vehicle replacement matrix. We have found that it is cheaper to turn our equipment over than try to keep it going for an extended period of time.”

The department services all machinery itself at the recommended intervals. The local truck garage does any other maintenance needed, Rap said.

“Most of the equipment that we have now had already been purchased before I took the position.” Rap said. “However, one of my philosophies has been that if you need a piece of equipment to accomplish any specialized work, if at all possible, purchase that specialized piece of equipment so that you have it available to you the next time you need it. Whenever possible, the village of Penn Yan purchases its equipment from the New York State Contract. We are generally confident that when we are purchasing off of the New York State Contract we are representing the best interests of the villages’ taxpayers, getting them the most bang for their dollar.”

The village of Penn Yan has its own municipal power company that provides electricity to the residents along with a police department, fire department, water department, waste water treatment, etc.

Brent Bodine, who has a background in electrical engineering and was previously employed by a power and electric company in Dresden, N.Y., prides himself on applying engineering principles to problem solving.

He oversees all village operations, but by the nature of his background much of his energy is focused on the village’s municipal power plant, which serves 3,300 meters in the village

On a Personal Note

“I am very grateful to Randy Jensen, my predecessor,” Rap said. “It was quite a blessing to work under his careful guidance for a number of years until I was ready to assume this position. He tutored me well which is a blessing considering he left us unexpectedly and way too young at the age of 57.”

Besides a great passion for his family, his wife Krista and his daughter, Heather, Rap has several ways of occupying his spare time. He bowls in the winter and plays golf in the summer, but his favorite past time is working with the 26 working model steam engines that he owns. Some are toys and some are actual engines that were used in industry.

“For my twelfth birthday I received a gift of a working steam roller that was made in Germany and called ‘Old Smokey.’ I was absolutely fascinated and it’s been a hobby of mine ever since.”

Taking in the Scenery

The village of Penn Yan is located on Keuka Lake, the central or middle lake of the western New York Finger Lakes Region.

The area is well known predominantly for two aspects: the sporting and recreational activities that are adherent to being located on the shores of a lake; it also is the center of New York State’s famous wine country with hundreds of private wineries in the region, due to its ideal soil conditions and climate.

The popularity of wine has exploded over the past several decades in the United States and as a result there has been an explosion in the number of vineyards and wineries operating in the area.

The region also is known for having a significant population of Amish and Mennonite families.

Penn Yan, primarily a residential community, has a population of approximately 5,500 and is the county seat of Yates County. Penn Yan was incorporated in 1833 and the Village is filled with architectural delights from previous eras.