Superintendent of Public Works Brian Clancy and the Village of Cooperstown 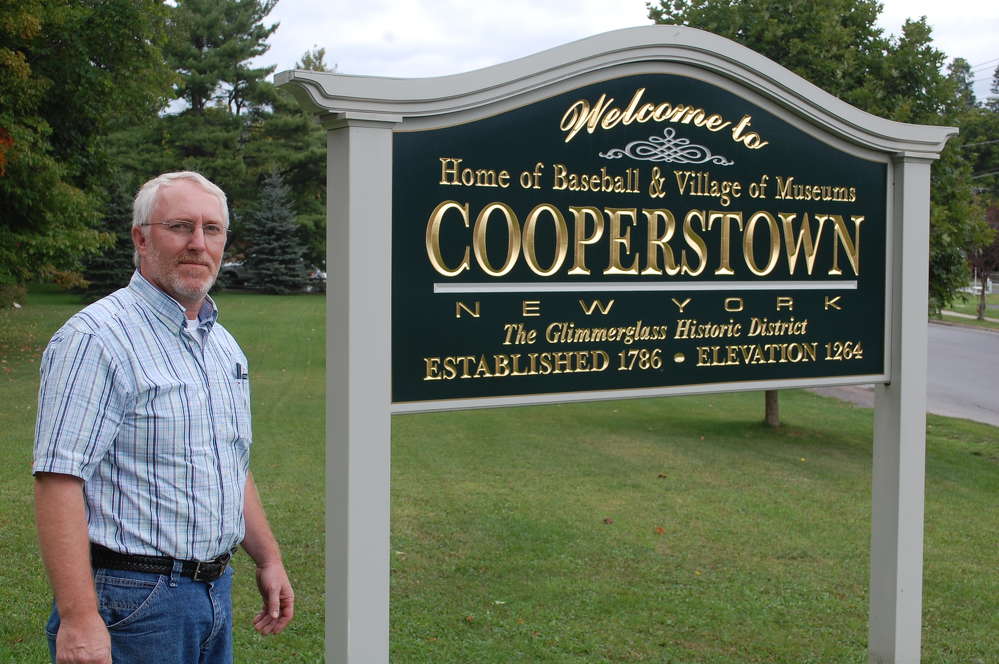 Cooperstown is as American as apple pie. Best known as the birthplace of baseball and home to the National Baseball Hall of Fame and Museum since 1939 –- the country’s first sports hall of fame -– the historic village located on the banks of Otsego Lake in the south-central county of the same name has many claims to fame, many of which attract throngs of tourists every summer.

Brian Clancy was born and raised in Cooperstown. Before becoming the Department of Public Works superintendent in his hometown, he began as a trainee with the village of Cooperstown, where he worked for 15 years in various roles, including as operator of the water treatment plant. As superintendent his duties are varied, including the maintenance and care of Doubleday Field, the historic baseball stadium just two blocks from the Baseball Hall of Fame

The superintendent position was created by the village board in order to have a point person for all the public works departments. As the village’s first superintendent, Brian has been able to define the role.

“When I first started in the position, it was more of a jack-of-all-trades job,” he said. “Wherever someone was needed or a special task needed attention, I would fill that role.”

Today, he said the position has matured into more of an administrative job. He oversees and orchestrates the various departments in an effort to move them forward with one common goal.

Although he admits he’s still most comfortable with the water department, due to his tenure there, he said he’s becoming more at ease with the street department, which is undergoing a couple of major projects, mostly related to parking.

“Because of the growth of tourism and traffic during the summer months, we are continuously reinvesting manpower and budgets in that area. Of course, with the traffic we experience in the summer, we try to do most of our street work when the weather permits and the tourist population is down.” 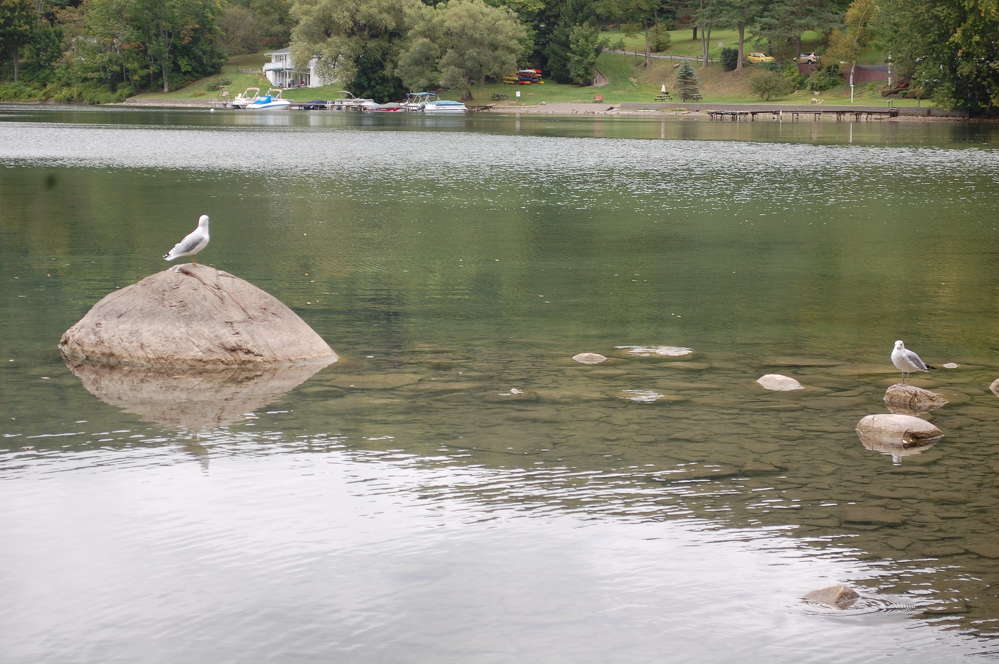 Just Part of the Job

The busy tourist season limits DPW projects to the months of April, May, September, October and November. That eliminates some of the months with the best weather, months that traditionally see work in other parts of the country. It’s just one of the unusual aspects of Brian’s job.

Not many DPW superintendents would have to consider maintenance of roads for a trolley system, but Brian does. The village of Cooperstown has a vintage-style trolley system that transports visitors throughout the village. This system is designed primarily for single-day visitors, who can park on the outskirts of town and ride the trolley to various village attractions. The trolley runs full time from June 1 to Labor Day and weekends to Columbus Day.

One of Brian’s current projects is overseeing construction of a new parking lot for visitors catching the trolley and updating the utilities in that area. Paving is handled by Cobleskill Stone from Cobleskill, N.Y. The general contractor is G. DeVincentis & Son from Binghamton, N.Y. 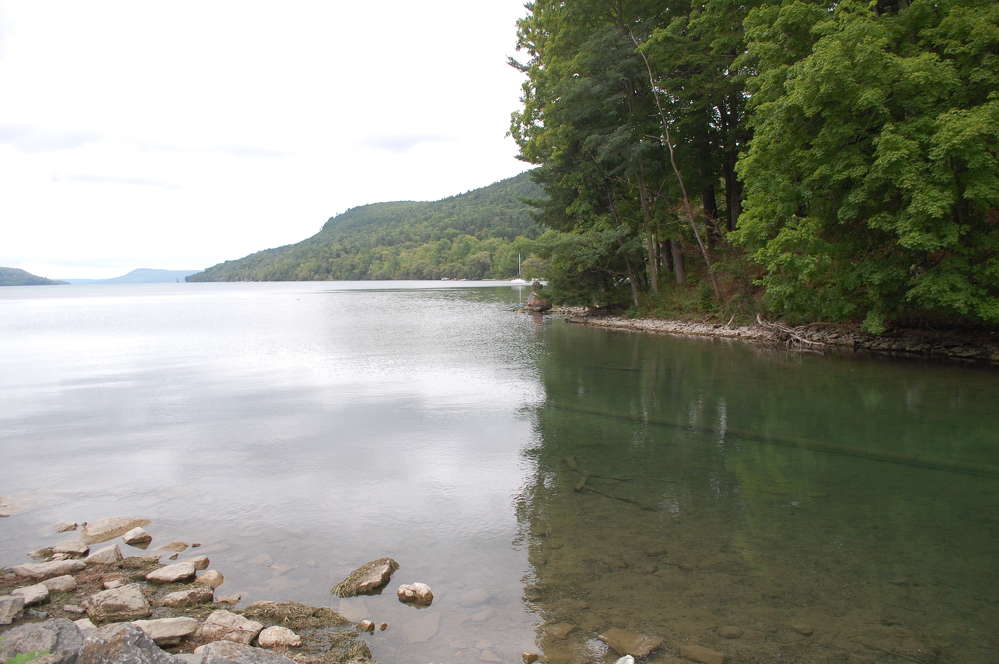 Brian also is overseeing divers who are carrying out the costly process of digging up intake lines that go into Otsego Lake in order to clear out the zebra mussels. Zebra mussels, which are not native to the area, have invaded most of the fresh water rivers and lakes in upstate New York. Transported to the fresh water lake by boats used in salt water, they disturb the eco system of the body of water. Although the initial impact of zebra mussels in a fresh water lake would appear to be positive because murky water becomes crystal clear as a result of their introduction into the habitat, they drive beneficial algae deeper into the lake. This creates a feeding imbalance for fish and removes much of their natural cover. In addition, the mussels cluster, which clogs the intake lines.

Despite the state’s economic downturn since 2007, budgets for work in the village of Cooperstown have remained stable. That has allowed Brian to proceed with updating the village’s sewer system.

In 1990, Cooperstown hired an outside engineering firm to conduct a complete survey of the village’s infrastructure.

“An infrastructure study was made to rank the street condition, along with the sewer and water condition on each street in the village,” Brian said. “That study allowed us to rank the needs of each street and prioritize which streets would be overhauled first.” 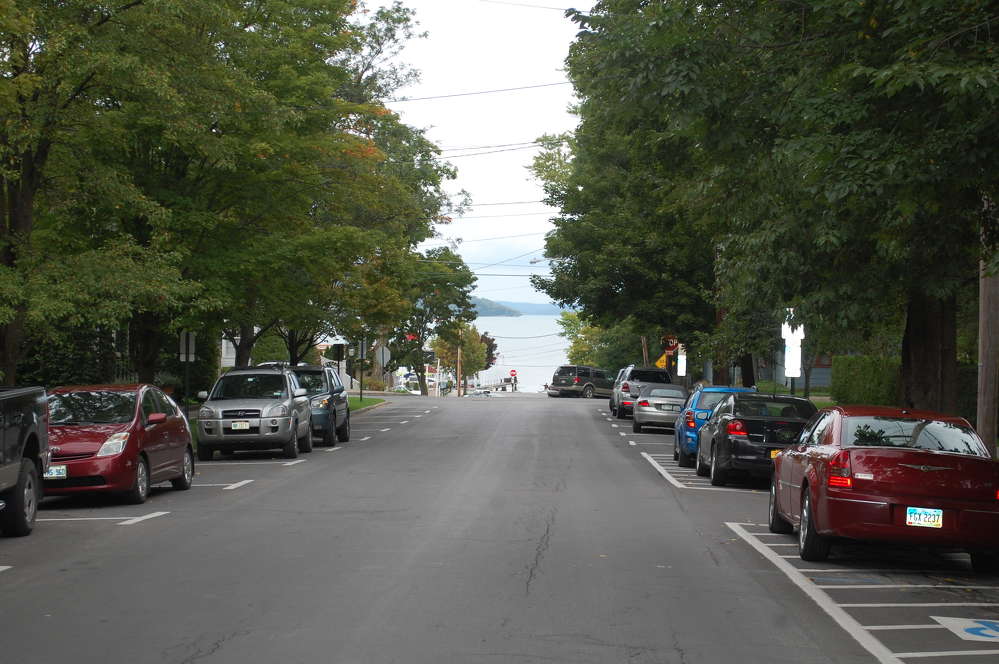 Like most small towns in upstate New York, Cooperstown’s sewer and water system is more than 100 years old, so many aspects needed to be addressed. Once needs were identified, Lamont Engineering, an engineering firm from Cobleskill, N.Y., devised a plan and a completion date for updates was set for 2017. To address the needed updates of the water department, the village board allocated a specific amount of money each year. Each department has a similar system in place.

The $700,000 sewer and water improvement project on Main Street was one of the first major projects Brian was involved with in his new position as supervisor.

Although Brian is establishing precedents as the village’s first DPW superintendent, the transition from his former position with the water department has caused him to change his management methods accordingly.

“The single biggest management-style business change I have made over the last 11 years is that I no longer try to run any of the departments,” he said.

Instead, his job is to oversee them, provide help and be available in case of emergency. For example, the Cooperstown street department doesn’t dispatch snow removal equipment; that call is made by the village police department.

Some days nothing seems to go right.

In 1991, a rubber-tired loader being used on a project at the hospital rolled down the hill and smashed into the Waterworks building, which sustained significant damage. Fortunately, the chlorine tanks were not punctured, averting catastrophe.

Other days are even worse. That’s when catastrophe strikes.

“After having served in this position for several years, the mayor decided to eliminate my position and redirect the funds elsewhere,” he remembered. “It was like receiving a kick in the stomach.”

Fearing he had made a politically incorrect faux pas, Brian relied on support from other village department heads and trustees who recognized his efforts over the years.

“It dragged out for a number of months, but eventually the village trustees overturned the mayor’s decision and my position and department were reestablished.”

The reversal, he believes, is due to the part of his job that he enjoys the most: dealing with people.

“I like to say that in the village of Cooperstown the complaints start here. If anyone has an issue with any aspect of the DPW, I get the first call.”

Confirmed in his position, Brian focuses on the job at hand. One new project he anticipates is putting a roof over the digester at the sewer department.

With a population of 1,900 year-round residents, the village features a two-block downtown area and only one traffic light. Its population multiplies from mid-June through Labor Day, due to an influx of tourists lured by the area’s scenic landscape, its history, Fenimore Art Museum, the Foothills Performing Arts Center and other summer theater production companies, an internationally-acclaimed opera, shopping, more than 25 museums and galleries featuring collections of American Indian and folk art, as well as numerous festivals, such as the acclaimed Glimmerglass Festival.

Many come for the Cooperstown Beverage Trail, New York State’s first official cuisine trail, which winds along 23 mi., allowing visitors to sample beverages produced at a farm winery and view an historic water-powered cider mill. Another attraction is America’s oldest existing covered bridge, built in 1825, which sits on the grounds of the Hyde Hall estate, a National Historic Landmark and a 50-room neoclassic country mansion with a commanding view of Otsego Lake.

Antiques shops dot the region, as do golf courses. Otsego Golf Club, one of the nation’s oldest, was established in 1894. The Leatherstocking Golf Course at the Otsega Resort Hotel is one of the nation’s most beautiful -– and challenging, with a 505-yard par 5 18th hole that features an island tee box on Lake Otsego.

Located just 70 mi. west of Albany, N.Y., the pristine village is a convenient get-away for many New Yorkers. In addition, Otsego County’s location within a 750-mi. radius of 50 percent of the North American population translates into a thriving tourism business.

So many visitors come to the area that, despite more than 400 charming bed & breakfast inns in Otsego County (2.5 per square mile), Brian says the Village experiences a shortage of hotel rooms during the tourist season, leading some residents to vacate their homes and rent them out.

“It feels like we are at capacity for tourism, yet every year the numbers keep growing.”

Settled by Judge William Cooper, an English land baron and father to iconic American author James Fenimore Cooper, who penned the romantic frontier novels The Leatherstocking Tales, which includes The Last of the Mohicans and The Deerslayer, Cooperstown was part of the Cooper Patent purchased in 1785 from Colonel George Croghan.

According to folklore, Abner Doubleday invented baseball in a cow pasture within the Village in 1839. These days, that pasture is known as Doubleday Field, the first baseball park in history.

Otesaga Hotel, the Leatherstocking Golf Course, the Farmers Museum, Doubleday Field and the Baseball Hall of Fame are all owned by the Clark family, industrialists who produced the Singer sewing machine.

The Clarks aren’t the only renowned American family with ties to the picturesque countryside. The Busch family, of Anheuser-Busch fame, first came to the area in the 1880s to purchase hops to make beer. At that time, the majority of U.S. hops came from central New York. The family still owns estates in the Cooperstown area.

Despite being highly ranked for its exceptional golf course, baseball remains the sport most associated with the area, an image enhanced by the Hall of Fame Museum, which has attracted more than 13 million visitors since it opened nearly 75 years ago. More recently, another baseball-related destination has been drawing crowds. The Dreams Park, which contains dozens of baseball diamonds, runs an annual youth baseball tournament that attracts 500,000 visitors annually.