Highway Superintendent Frank Hyatt and the Town of Fenner 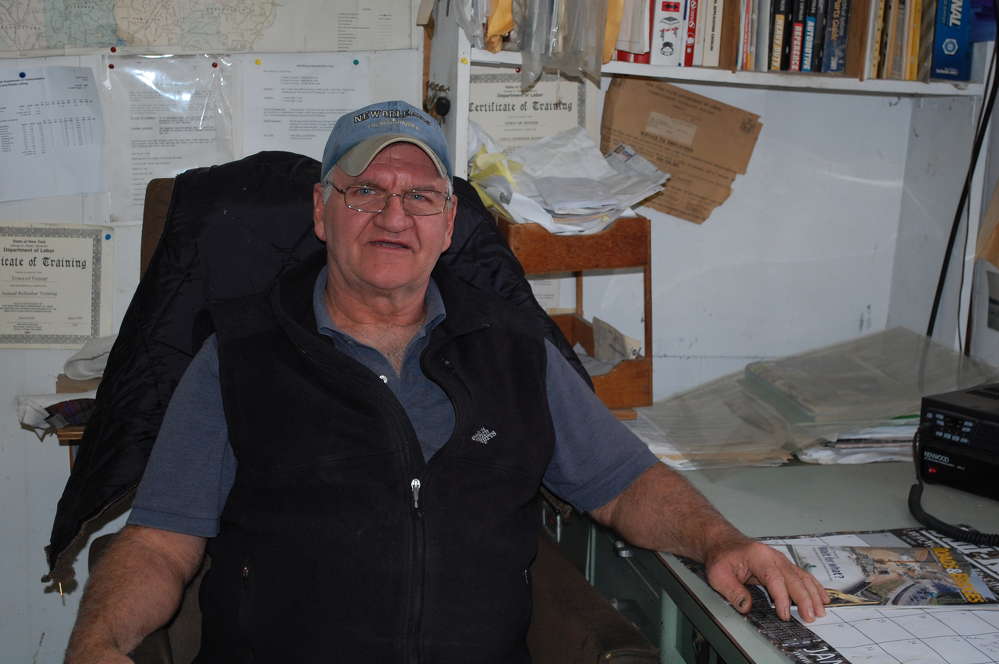 Locally, the town of Fenner is well known for two things: a tremendous amount of snowfall --often approaching in excess of 200 inches a year, the second highest snowfall totals for a township in New York State —and wind farms. The town hosts one of the first wind farms in New York State, with approximately 20 windmills, which can be seen from almost any spot in the township.

When Frank Hyatt came to office as the highway superintendent in 1998, which was just before the construction of the windmills, the town's equipment fleet was not as up to date as it should have been. With the windmills came $200,000 a year worth of new revenue to the small township. The improved cash flow allowed Frank and the town board to focus on the four aging Oshkosh trucks and the small six-wheel dumps that were being used to maintain the town's infrastructure.

The construction of the windmills also had a positive impact on the town's roads and bridges.

At the time, the town had 16 miles of dirt roads and many of the town's paved roads were built on a shale base and were in no condition to handle equipment like the 300-ton Manitowoc cranes.

“I made sure at road crossings they covered the road with at least two feet of gravel to protect the road. We were working with the contractor on every phase of construction.”

Many of the roads were destroyed by the construction work, which had been planned for and budgeted for by the windmill company. The company rebuilt the roads to higher specs than they were originally built to, leaving the town with roads that were in the best shape they had ever been in and the 16 miles of dirt roads were at least covered with oil and stone.

During his tenure, Frank has started a milling program of roads that needed new construction due to the shale that was used to build them decades earlier. He also changed a seasonal road into a permanent road by widening the one lane and removing more than 60 trees. Gravel was purchased from a local farmer. 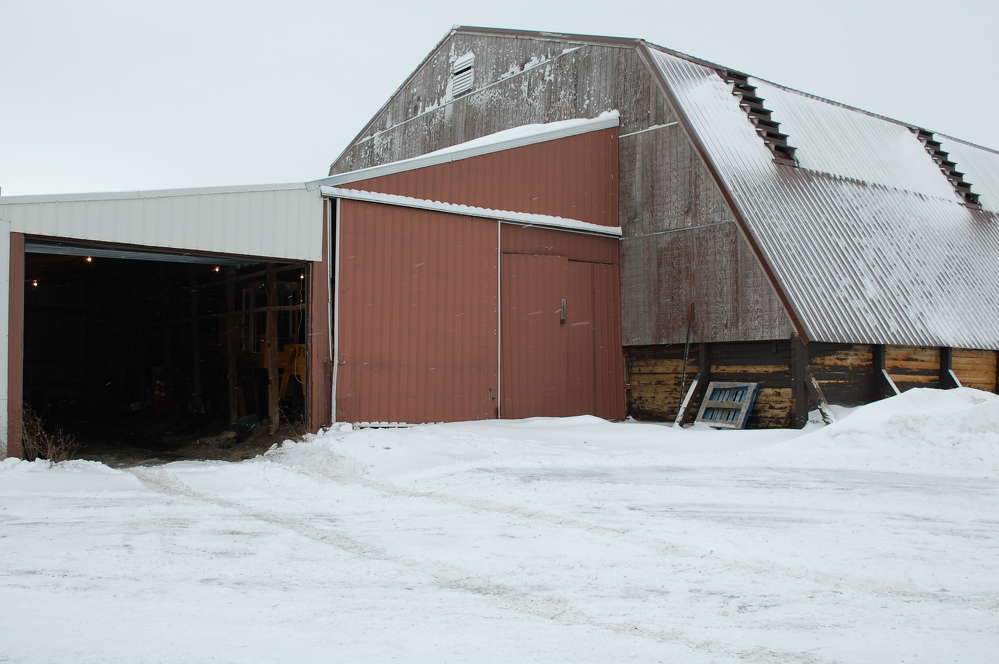 When Frank first came to the town of Fenner there was one employee whose full-time responsibility, when it was not winter, was to run a motorgrader continuously to restore the shape of the seasonal roads. None of the trucks was properly configured to allow plowing, sanding and salting in a single pass. Each truck either plowed or laid sand, which greatly increased the town's response time in cleaning up a snowstorm.

“When I took over, we had two six-wheelers and two V-plows. All had chains. Most of the time we plowed with the V-plows and sanded with the six-wheelers. We had two routes; it took between five and six hours to do the town.”

Plowing time for the town of Fenner has now been cut in half and they have been able to reduce the department by one individual, largely because each truck is now sent out with one operator for what used to be a two-man job. 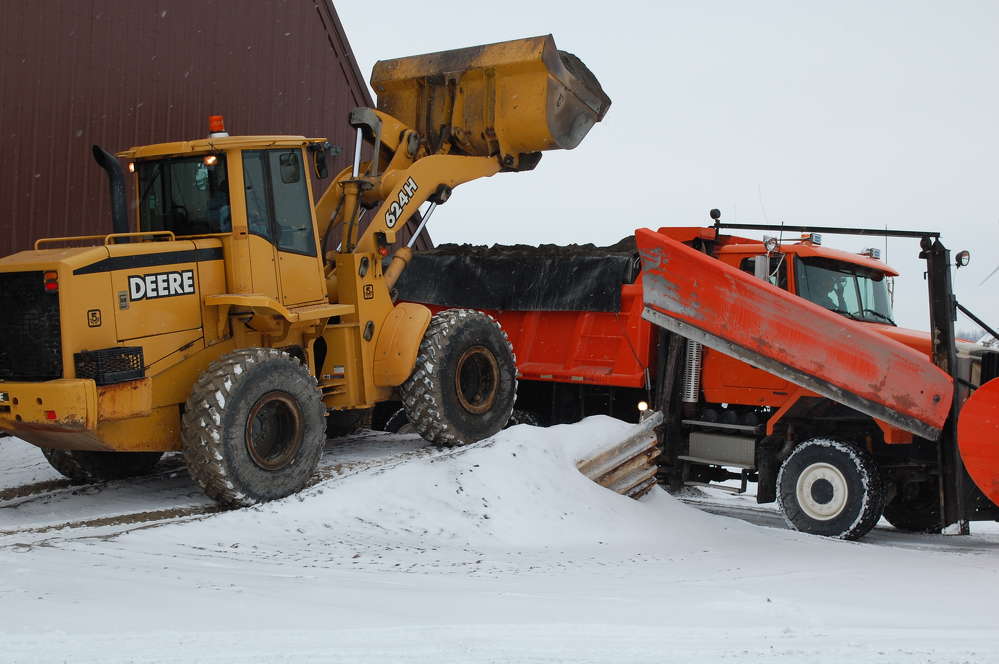 The success of any business is the employees, according to Frank.

“I have the opportunity to work with the best crew. These guys give the town of Fenner the best-maintained roads in Madison County. That's the best thing a superintendent can hear, and I hear it from town residents, school bus drivers, utility companies, milk haulers and the town board. When I check the recorder every morning and the only thing I hear is maybe a dead deer call or a branch in the road, or a salesman, that makes the job worthwhile,” he said.

The wind farm site in the town of Fenner is considered one of New York State's better wind sites. The community investigated the project and weighed its impact on the community and its residents. The wind farm was built in 2001. Thirteen years later the land is still usable for agriculture and the community is reaping economic rewards. In addition to improved roads and new jobs, the windmill companies distribute annual funds to the township in lieu of paying taxes. The windmills have even created a little bit of tourism traffic to the area from curiosity seekers. A park known as the Free Center has been constructed to provide information about wind energy.

Frank Hyatt is due to retire in three years, but he won't be remaining idle.

“About 10 years ago my dream came true: I started racing stock cars at Utica Rome Speedway. I have collected lots of trophies and many great memories, especially my six feature wins.”

A big NASCAR fan as a child, Frank, as he grew older, traveled to many different racetracks. In his 40s he had the opportunity to participate in a stock car racing school (experience), which is where he really got hooked on driving the cars. His hero was Dale Earnhardt and he has tried to model his racing style after the Earnhardt reputation of “rubbing is racing.”

Formerly called Fenners Corners, the area was settled around 1795 and the Town of Fenner was formed in 1823. It lies northwest of the center of the county and is bounded north by Lincoln and Sullivan, east by Smithfield, south by Nelson, and west by Cazenovia. As of the 2000 census, the town had a total population of 1,680.

Fenner was the site of Champlain Battle in 1615. That battle is termed by some as the most decisive battle in American history. For it was here that the question of whether America north of the Rio Grande was to become an English or French territory was thus decided.