Highway Superintendent Ray Smith and the Town of Niskayuna 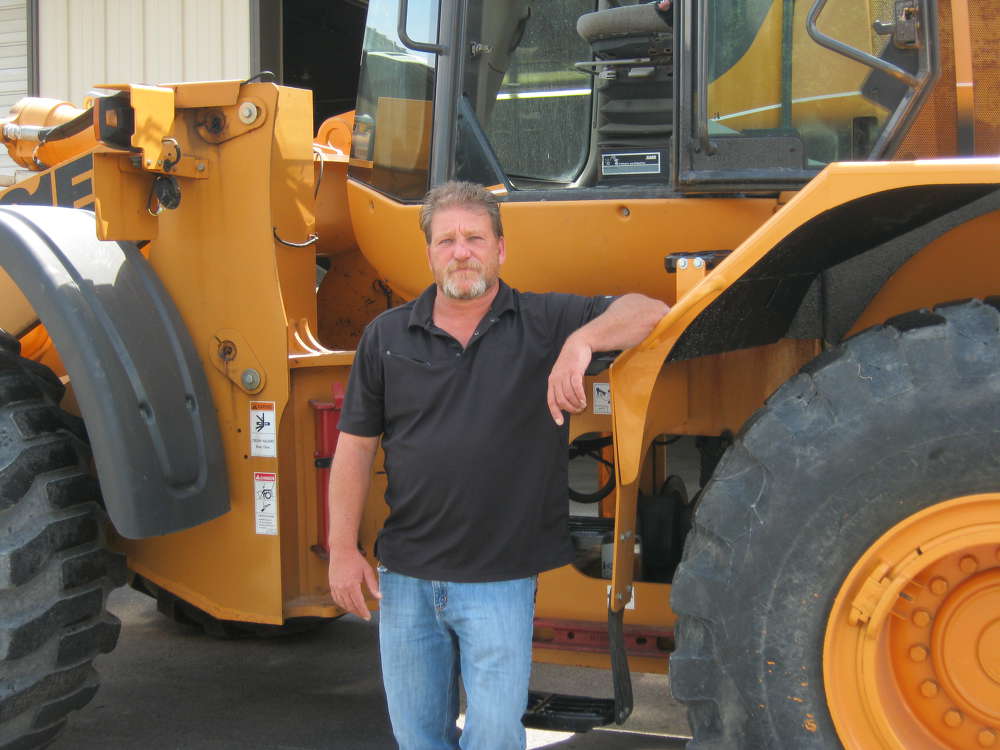 In the words of President John F. Kennedy, “…Let the word go forth…that the torch has been passed to a new generation…”

Fast forward to 2015. “I’m the new guy. I was handed the torch and I’m carrying it.” Those are the words of Ray Smith, highway superintendent of the town of Niskayuna, on taking over the reins from longtime super (20 years to be exact) Frank Gavin.

Due to Frank’s recommendation, Ray was appointed to his first two-year term last March. “Fact be known, if you would have bet me when I started here that I’d be the highway superintendent I would have laughed. It was always looked at as a very pristine position with a lot of responsibility. It was quite an honor even to be considered.

“Frank mentored me for years. It wasn’t set in stone. He said he was going to retire for a long time. It was like he was crying wolf. We had a good working relationship [during that time] so it wasn’t a difficult transition.”

After graduating from Niskayuna High School, Ray worked for local builders. “I was a laborer right out of school. Construction is sort of in my blood. My father worked in the Water and Sewer Department for 30 years. I started here as a laborer in 1986 and became a heavy equipment operator in 1988. I tried to get in right after high school but there weren’t any vacancies. To tell you the truth, my father didn’t want me to come here. He worked here and he wanted better for me than what he had. He would always tell me that ‘whatever you do, you do to the best of your ability.’ I still live by those words.”

In 2000 Ray became road maintenance supervisor for the town, which, at that time, was basically a deputy sans the title. “We still don’t have a deputy but I made one of my crew leaders, Pete Rakvica, assistant for highway affairs. I have another supervisor directly under me, Ken Williams. He’s in charge of maintenance and the Parks Department. I’ll be losing him to retirement in January.”

Ray grew up in Alplaus, N.Y., with his three younger sisters and brother. His parents and siblings still live locally. He and his girlfriend of 21 years, Michelle, raised four children together: Dion, 29; Andrew and Reuben, both 28; and Joseph, 21. Ray also is the proud Pop-Pop of three-year-old Grace. 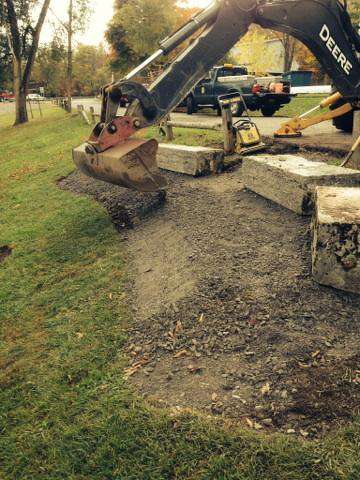 “She’s the light of my life — my everything. My office is covered with her artwork.”

To this day, Michelle is one of Ray’s biggest cheerleaders.

“I’ve known Raymond for the past 21 years and I’m very proud of his accomplishments. He is very dedicated to his job and strives to be better every day.”

“That’s where I go to hunt and fish and spend time with my granddaughter.”

When it comes time to retire, Ray would like to “have a decent size piece of property somewhere between here and there where there are open spaces and I can mind my own business. I’d like to get a big enough place so my grandkids can have horses or whatever they’d like to have.” 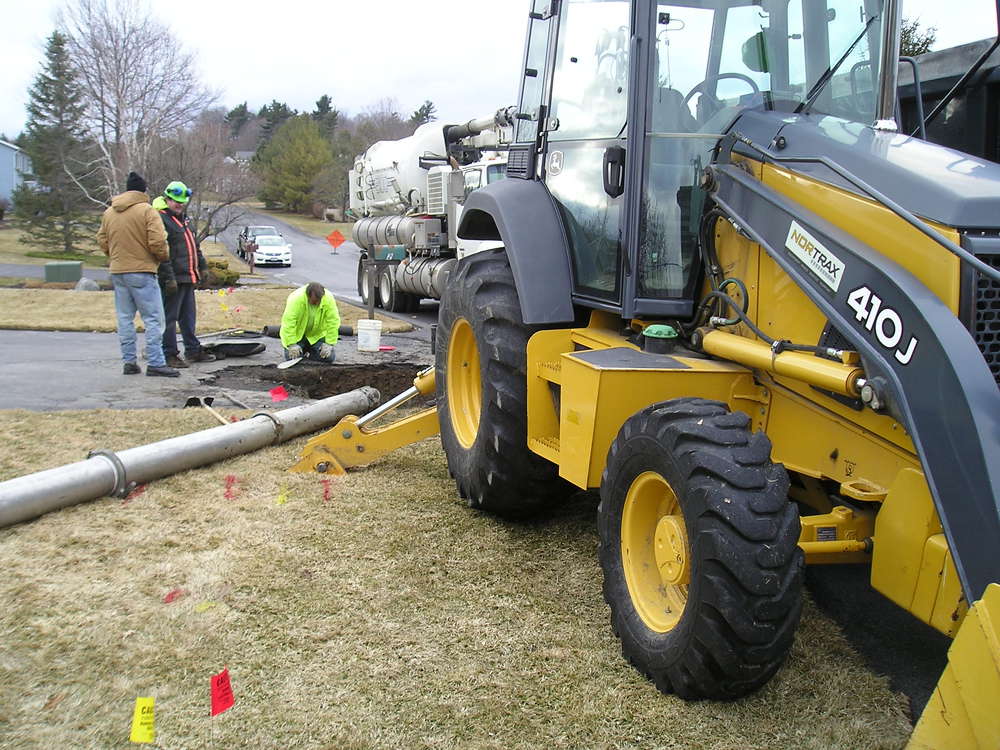 “I pretty much have the same crew as Frank. We’ve lost to retirement. One thing I’ve noticed is the willingness of the older staff to teach the younger ones. It works the other way, too. I’m proud of my men. They’re second to none.”

“I’m their boss, but I also came from where they are so I can relate to what they’re going through. I have a few that literally thank me every day for their job. Being in charge is big for me. I’m looking out for 37 people.”

As the department’s “top dog,” Ray is responsible for maintaining the town’s 170 lane miles of paved road. That translates into nine plow routes that take between three and one-half to four hours to complete.

“We mow 400-plus acres a week. That includes 10 miles of the Mohawk-Hudson Bike Path, our parks [Becker Street and Jeff Blatnick] and Midland Cemetery. We also maintain the Town Hall and Recreation Center.”

Under his attentive eye, the highway department functions on an operating budget of $3,492,352, which includes salaries and benefits for employees and an annual CHIPS allocation of $157,183.85. Unlike most other towns, Niskayuna has two budgets. The winter budget is for October through December and covers salt, calcium and snow removal. The spring/summer budget takes care of capital improvements, paving, stone and drainage work.

“Whatever monies I have left after winter get rolled into the following winter budget.”

Like most highway departments these days, money for new equipment is hard to come by.

“We always have an ongoing list. The biggest things we need to upgrade are the older plow trucks. We’ll go to the board in January and ask again.”

Since the cap on government spending was enacted [in 2011] Ray doesn’t have an equipment budget.

“The law says you can’t raise the taxes above two percent. If a municipality chooses, they can go over it by a public vote but we don’t. We budget within, which is very challenging,” Ray explains. “We bond everything we buy. The interest rate is reasonable. I think it’s somewhere around one percent. We purchase a lot of small pieces by generating money within our budget. Last year we had issues with trucks failing so the town let me move some money within my budget to buy a 2008 truck. It upgraded us by about four years from the vehicles we were having issues with.

“Everything I buy has to go through them [the board]. I don’t have the authority to just go out and buy it. We’re fortunate, though. Frank put us in a good place with the town board and the supervisor. They’ve been very supportive.”

Maintaining the town’s vehicles is a top priority for Ray and his crew.

“I have three mechanics, a mechanic supervisor and a mechanic auto body man. We recently experienced a turnover in our mechanic’s shop. There are some younger mechanics who learned newer technology and brought that here. The newer trucks are easier to run but working on them gets harder, mostly because of the computers. We rarely send anything out. We do as much as we can in-house. There have been instances that were beyond us but not very often. My guys go above and beyond to get it fixed.

“We have our own body shop where we sand blast and repair our truck bodies. We try and do two a year to maximize the equipment’s longevity. In addition, an auto body mechanic is on staff who paints and repairs the vehicles.”

That’s not to say Ray’s job isn’t without its challenges.

“You can’t make everybody happy. You do your best. Unfortunately, like life, you can’t tell everybody, ‘Yes, I can do it.’ There are times when things are on private property and we have don’t have the right to do it. I try and talk to the residents and give them an idea of what they could do and tell them why we can’t help.

“At the same time, the most rewarding part of my job is whenever I get a letter or phone call from a resident saying we’ve done a good job. For someone to take the time to write or call means you’re doing something right.”

“The town’s working on a Parks Master Plan, which is reconfiguring and utilizing the parks we have and the park plans. It involves upgrading the facilities, maybe adding more parking and fields. The board is looking at the needs and wants of the town. We have good bones. This is just a way to enhance what we have. I’m pretty excited about that.”

On a personal note, Ray plans to keep doing what he’s doing.

“I’m still new to it all. I wouldn’t change anything. It’s good being me. I hope it only gets better.”

Niskayuna is one of the five towns and one city, Schenectady, which comprise the county of Schenectady. Niskayuna lies in the northeast corner of the county, bounded on the west by the city, on the south by the town of Colonie and, separated by the Mohawk River, by Clifton Park on the north and east. The town is about 15 miles northwest of Albany. Its principal points of entry are from Route 7, the Troy-Schenectady Road, and Route 5, the Albany-Schenectady road, continuing north along Route 146, Balltown Road, at Mohawk Commons.

The town is predominantly a residential community, consisting of 6,372 single-family homes, 1,415 apartments and a modest number of town houses and condominiums. Although much green space has been preserved, there are few large tracts of land left for future development. About 80 percent of the town’s 1.2 billion assessed valuation is residential. Only a small part of its 20 percent commercial development is devoted to retail use, most being general office and medical or health care facilities. A strong zoning ordinance regulates residential and commercial development.

By population, estimated to be 20,295 as of 2000, Niskayuna is only the third largest of the five Schenectady County towns. Rotterdam and Glenville are each about 50 percent larger. Niskayuna, however, having only the relatively small land area of 14.1 square miles, is the most densely populated of the five towns.

Niskayuna ranks 72nd of the 932 towns in the state by population. Of the 46 towns in the nearby Capital District—those in Albany, Rensselaer, Saratoga and Schenectady counties—Niskayuna ranks seventh. If Niskayuna was a city, it would rank at just above the midpoint of New York’s 61 cities.

The center of the town lies at the crossroads of Balltown Road and Nott Street. The newer part of Nott Street, east of Balltown, is called Nott Street East. In that vicinity lies the Town Hall, the county’s Elizabeth Harriman Bean Branch Library, the post office, Niskayuna High School, WRGB-TV and banking, grocery and retail establishments.

More than 99 percent of the town’s properties have access to a public water supply. The water usage rate, currently $1.52 per thousand gallons, is one of the lowest in the northeast United States. About two-thirds of the water is drawn from wells on town property and about one-third is purchased from the city of Schenectady. All but about 4 percent of Niskayuna properties are served by one of two sewer districts. Effluent District 1, which lies predominantly to the west of Balltown Road, flows into the city of Schenectady treatment plant; effluent from District 6, which serves the rest of the town, flows to a town Wastewater Treatment Plant.

The town is home to four major parks, one of which houses the town pool, a skateboard park, driving range, 20-acre soccer complex, a baseball complex with seven fields, four girls softball fields, one football field and almost 9.5 miles of bike path that follows the Mohawk River from the town of Colonie to the city of Schenectady.