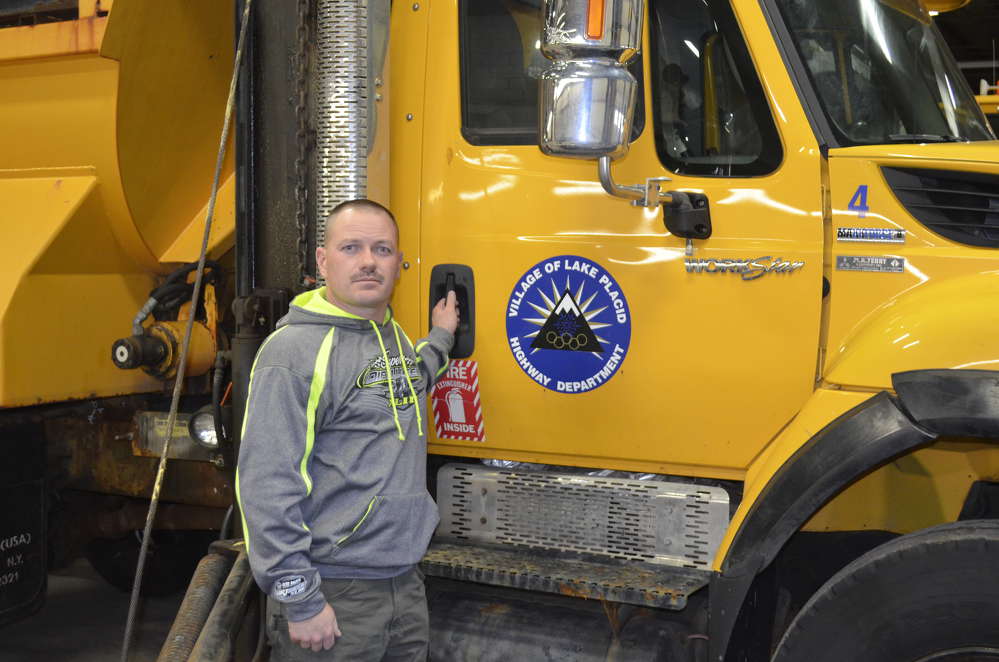 Mention Lake Placid to most people and the first thing they think of is the Olympics and the 1980 U.S. hockey team’s “Miracle on Ice” gold medal victory. This, along with an annual Iron Man Triathlon, which is held in July each year in conjunction with the Empire State Games, draws thousands to this scenic locale in Essex County, N.Y.

Over the past few years, Lake Placid has experienced significant growth, both in the number of residents and with the number of tourists and visitors.

Hockey is a particularly large draw. The arena for the 1980 Olympics and two other hockey facilities are booked solid with hockey tournaments and events. The appeal being anyone who has ever donned a pair of hockey skates wants the opportunity to skate on hallowed ground (or ice).

“We only have 2,500 residents, but when we are hosting a major event [which is almost continuously during the summer and winter months] our population can swell from 2,500 to 30,000 people,” said Public Works Superintendent Brad Hathaway.

“For the Iron Man Competition, we have 2,000 competitors, which does not account for their families, trainers and the swarms of people who come to town to enjoy the event. Due in part largely to Lake Placid hosting the 1932 and 1980 Olympic Games, the village has a number of world-renowned winter sports venues, including the U.S. Olympic Team Training Facility, three hockey arenas, a bobsled run, a speed skating arena and a ski high jump facility, to name a few. All of which get heavy utilization throughout the winter months.”

In the summertime, vacationers and summer residents who are drawn by the beauty of the Olympic Village and the area’s cool mountain lakes and breathtaking Adirondack Mountains, swarm Lake Placid.

In the warm weather, the streets are absolutely full, which makes road maintenance and repair, without creating traffic issues, very challenging, Brad explained.

“When springtime rolls around, due to the severity of our winters, we have a lot of road repair to do. Damaging your vehicle on potholes will certainly keep the tourists away, but again, we have to be conscious of keeping the roads open so the tourists can get through. So, we try to have all of our road repairs done by noon.

“There is a window in the late spring and autumn when tourism takes somewhat of a dip that has to be capitalized on. The streets are just as much, if not more, jammed up in the wintertime. Even finding a parking spot in the downtown area can be difficult. Add to that the nearly daily snowfall and the challenges of its removal. The highway department puts in some very serious overtime through the winter months.”

Each night, all vehicles must be off the streets by 10 p.m. and that’s when the highway department’s work kicks into overdrive. All of the sidewalks have their snow either blown or swept into the street, then all snow right up to the curb that is in the streets is pushed or blown to the centerline. Because there is no room for stacking snow, at that point a truck and a snow blower is used to transport all of the village snow out of town to be dumped.

“The end result for the visitor to the Lake Placid downtown shopping area is for them to be able to pull up to the curb, get out of their vehicle, and shop the main street without dealing with any ice or snow whatsoever,” Brad said. 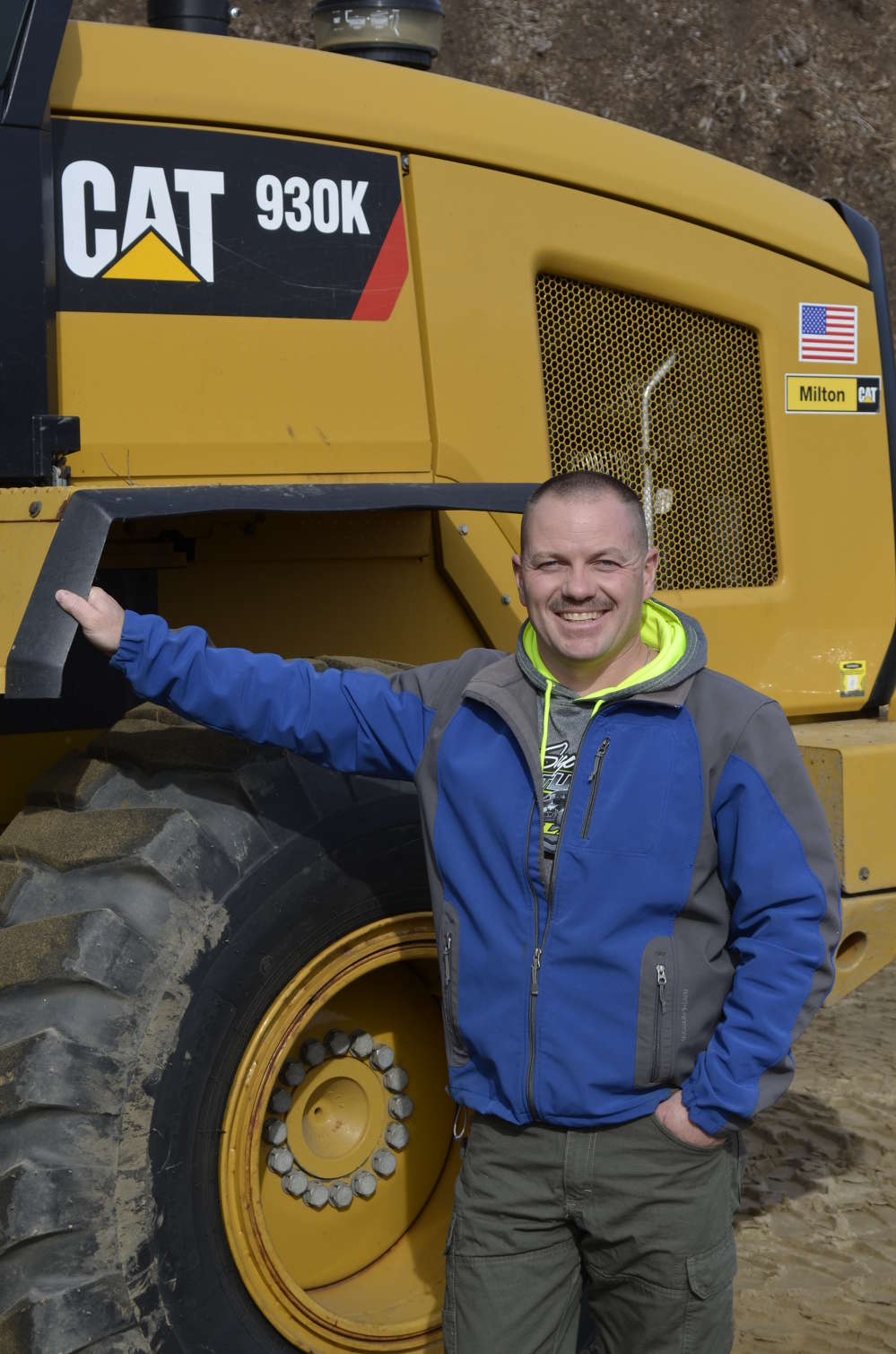 “When I came in to the position, I had some knowledge of the highway equipment and had, at times, helped out with the highway department. But, certainly water and sewer were my strong suit. One of the first things we started to address was operating water, sewer and highway harmoniously. They had been previously viewed as totally separate departments that did not interact. Cross training also became a major focus. Where previously we would have one individual license for water treatment we now have seven. We also have our sewer and water guys now trained to be able to operate trucks for the highway department.” 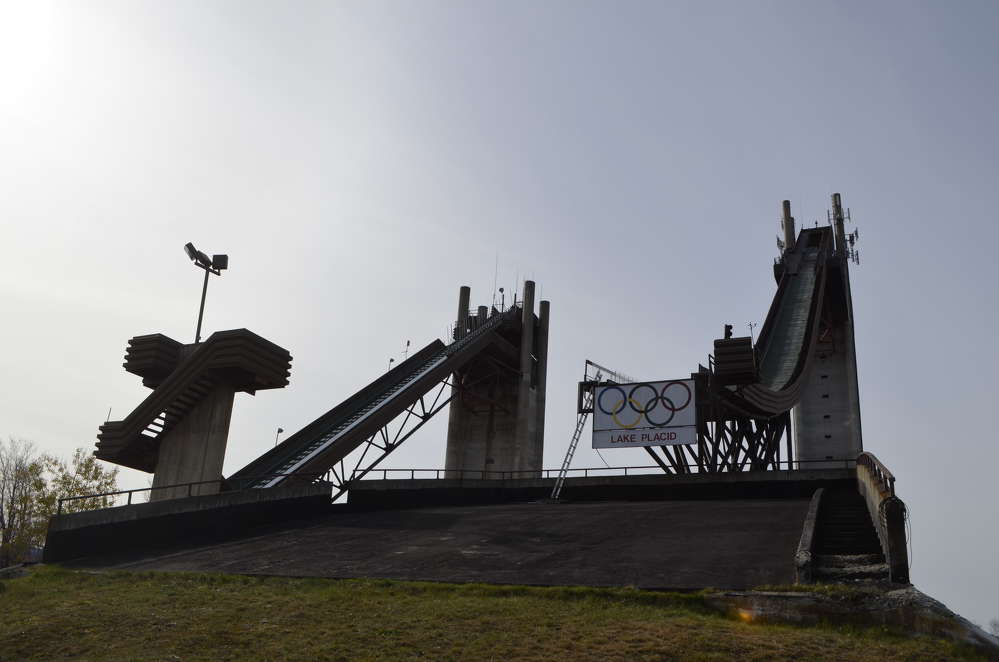 As public works superintendent, Brad is appointed by the mayor. He reports to the mayor and four trustees. He currently is serving under his second mayor in his nine years as commissioner of public works.

“Elections can be a popularity contest. In an appointed position I feel I’m more likely to be judged by the quality of the work done by our department. I have been very fortunate to work with a mayor and a board that gives me the tools that I need to succeed and my current board has been particularly good to work with.”

One of the toughest days on the job occurred the day before the Iron Man tournament when there was a fire that destroyed one of the Main Street businesses. Two million gallons of water were used to put out the fire resulting in quite a mess, according to Brad. The responsibility fell on the DPW crew to clean up the entire mess and clear the streets and sidewalks, allowing for the race to start down the Main Street area on time. 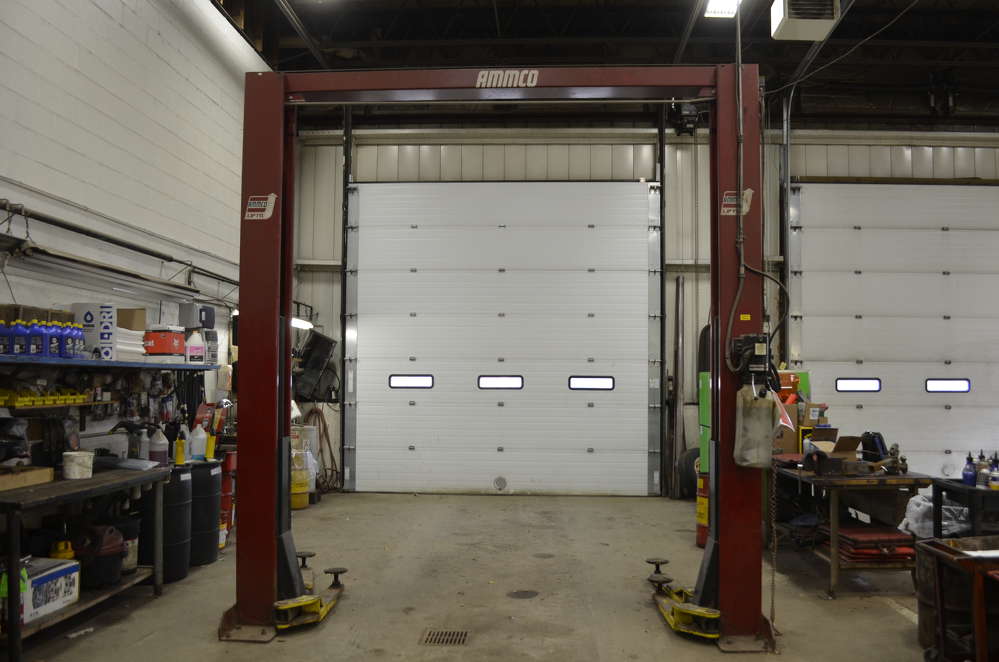 A major project that was recently completed was a $14 million sewer plant upgrade to meet all new environmental standards. Along with that came the replacement of a sewer trunk line that was so old that no one could actually put a date on it, which passed through an unused stream called the Chubb River that had been dammed about 100 years ago. The old clay line running through the area was replaced with a 24-in. 3.5 million gallon capacity pipe.

In the course of the project, the village received a grant allowing it to eliminate the dam and restore the river. The entire area was excavated, natural stone was laid, the stream was restored and turned into a beautiful park.

“We worked with Kubricky Construction from the Saratoga area. They are a major construction company who was an actual joy to work with. They demonstrated tremendous flexibility; they helped us through the process instead of getting in the way. Their employees actually cared about our project and what it was going to look like; and they were very knowledgeable.

“This entire project benefited the village tremendously,” Brad said. “Not only do we have 4,000 feet of new sewer pipe, but the capacity of our sewage system was tremendously increased. We have a beautiful new park and a nice fishing stream.”

The biggest part of Lake Placid’s truck fleet is small short wheeled-based trucks that it needs to use because the village’s streets are typically narrow and congested. Triple-axle trucks are used to haul the snow out of town, and a new sewer vacuum truck was just delivered by Joe Johnson Equipment.

“Most of our tractors are Kubota and we have become fans of using Western Star in our truck fleet. We replace the plow trucks about every eight years and the larger trucks every 10 to 12 years. Our mechanic staff is able to do 99 percent of our repair and maintenance work unless it is a computer issue. Our purchasing is typically done off of New York State Contract. That is typically no longer effective to us and we are now piggy backing off of other county contracts.”

In discussing upcoming projects Brad said Lake Placid was looking at significant upgrades and repairs in the Main Street sewer and water infrastructure and upgrades to the water treatment plant.

“Over the last few years we have had tremendous rain events that have affected this area. Furthermore, with last year’s record cold, and by record I mean it was the coldest winter in recorded history, we had over 100 pipes freeze and break and believe it or not the frost was driven to a record eight feet deep into the ground. As the frost moved out we still had water pipes breaking in June,” he said.

The crew is responsible for 24 lane miles and one small bridge, parks, parking lots, parking meters and municipal garbage.

“I have a tremendous amount of respect and appreciation for all of our employees. When I left the water department to take this position Tracy Lahart really stepped up. He transitioned very nicely into managing the water department, got all of the necessary licenses, and has been a very effective working foreman. This was absolutely critical to allow me to grow into my other responsibilities.”

Brad has worked hard to take down walls between departments. In the winter time, crews see far more of each other than they do their families, and as much as possible they try to get other departments to relieve the highway department when the weather becomes overwhelming.

“We also pride ourselves on being of assistance to other municipalities whenever possible. During last year’s blizzard in Buffalo we sent two trucks and operators and the county sent four trucks and operators to help during their snow emergency. Buffalo is about six hours from here. We take the same approach in helping neighboring townships and the county. We will certainly share men and equipment, typically our trucks, when paving projects need to be done and share our expertise in sewage and water treatment if neighboring villages need help.”

About the Village of Lake Placid*

The village of Lake Placid was incorporated in 1900 and is located in the town of North Elba in the Adirondack Mountains in Essex County, N.Y. The village had a population of approximately 2,600.

Lake Placid is best known as the two-time site of the Winter Olympics, in 1932 and 1980. In the United States, the village is especially remembered as the site of the 1980 USA–USSR hockey game, the so-called Miracle on Ice, when a group of American college students and amateurs upset the heavily favored Soviet national ice hockey team 4–3 and two days later won the gold medal. Another highpoint during the Games was speed-skater Eric Heiden winning five gold medals.

During the 1932 and 1980 Winter Olympic Games, the trails outside of the village served for the cross-country skiing events and the cross-country skiing part of the Nordic combined event. Lake Placid, St. Moritz, Switzerland, and Innsbruck, Austria, are the only sites to have twice hosted the Winter Olympic Games. Lake Placid also is home to one of only three year-round United States Olympic Training Centers and periodically hosts world-class competitions in downhill and Nordic skiing, biathlon, ski jumping, luge, bobsledding, skeleton, speed skating and figure skating.

In a setting offering incredible views of the Adirondack Mountains including New York State’s highest peak at Mt. Marcy, Lake Placid provides a plethora of outdoor activities from downhill skiing on Whiteface, the Olympic Mountain, to cross-country skiing, year-round hiking, fishing, ice-climbing, cycling, kayaking, canoeing, swimming, and snowmobiling. The village of Lake Placid annually hosts the Empire State Games in February, the Lake Placid and I Love New York Horseshows in late June, and the Lake Placid Ironman in July.

The Lake Placid Center for the Arts offers year-round music, dance, theatre, film and family programs. The Lake Placid Sinfonietta is a summer chamber orchestra whose musicians come from larger orchestras and university faculties throughout the country. For six weeks in the summer the Sinfonietta offers weekly classical performances at the Center for the Arts on Sunday evenings, in Mid’s Park on Main Street on Wednesday evenings, and at various locations in the Adirondacks. The Lake Placid Film Forum was co-founded in 2000 by author Russell Banks, former New York Daily News Critic Kathleen Carroll and artist Naj Wikoff and is an annual mid-June event which, like a film festival, exhibits a series of films and often features the filmmakers and cast members who attend the screenings. The Lake Placid Institute creates opportunities for learning, sharing, and enjoying the cultural life of the Adirondacks.

(*Information in this section was excerpted from the village of Lake Placid’s Facebook page.)