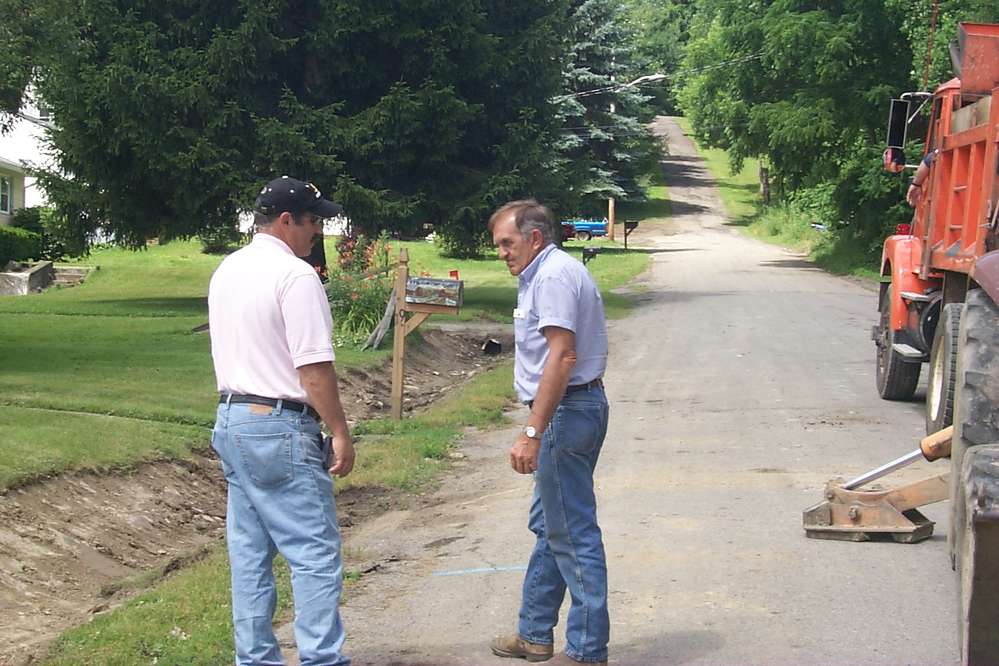 David Ferris is a man on the move. Whether serving as an advocate for county and town governments, developing a five-year plan for repairing the town’s roads or fishing during his down time, Ferris is always doing something.

And for the past 18 years that something has been serving as highway superintendent of the Town of Owego in New York State’s Tioga County.

Ferris was first appointed to the post in 1985, after being offered the position by the then acting superintendent. Prior to becoming the town super he was employed by the highway department in various capacities for 10 years. It is his experience during that time that has proven to be most helpful to Ferris today because it "showed me some of the inner workings of the department."

A 40-year resident of Tioga County, Ferris and his wife, Anita, live in Apalachin, NY, with their dog, Abb-dee. In his spare time he enjoys fishing, music and sports; playing chef in the kitchen; or working out at the gym. He is a member of the New York State Association of Highway Superintendents and a five-time president of Tioga County Highway Superintendents. Ferris’ term ends in 2005.

Getting the Job Done

The Town of Owego Highway Department is in charge of maintaining 374 "lane miles" of town road. Of those, 32 are gravel and 342 are paved. During the winter months, that translates into 13 plowing routes that take five to six hours to complete. Ferris readily admits that is his least favorite part of the job. "I am tired of those 2 a.m. wake-up calls!" 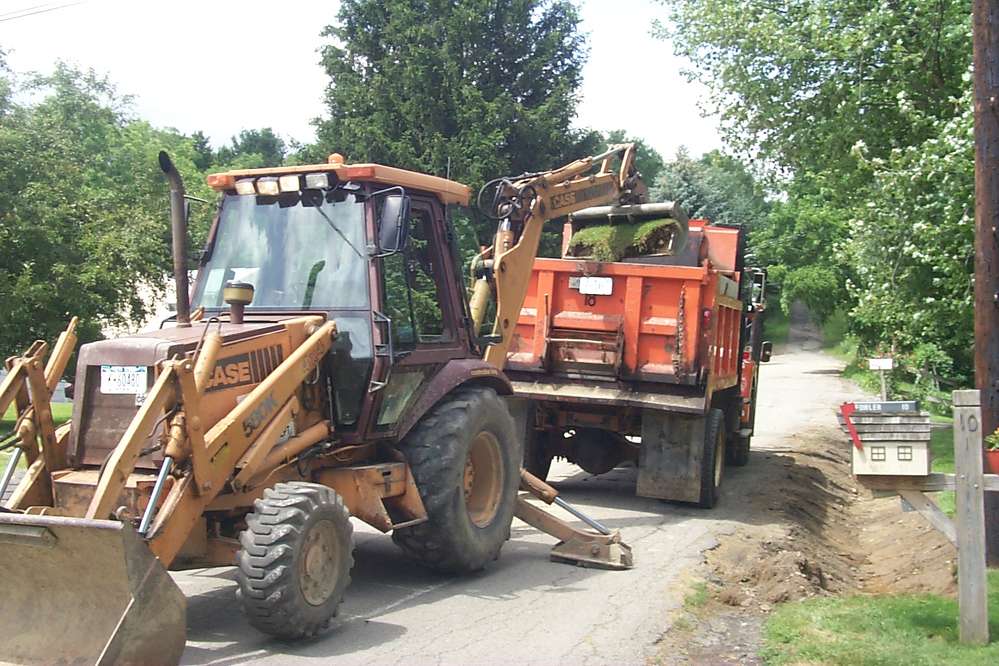 The department also is responsible for the upkeep of the town’s five bridges, which include those across the Susquehanna River: Apalachin-Campville Bridge, the Hiawatha Bridge and the Court Street Bridge. Staff also works in conjunction with neighboring towns, the Tioga County Department of Public Works and the Parks and Utilities Department on paving projects, gravel hauling and sweeping and flushing streets and various other projects.

Ferris’ highway department functions on a total operating budget of $1.9 million, which includes salaries and benefits for employees and an annual CHIPS allocation of $232,000. In spite of his budget’s size, Ferris remains proactive in his advocacy regarding the need for local highway funding. "The condition of the state’s economy combined with the lack of funding for local road projects makes trying to break even the status quo for local highway departments. We must constantly educate state, county and town officials about the importance of proper funding for local roads and bridges. Most highway superintendents possess the tools and knowledge to get the job done. We just have to work together and do all we can to ensure funding continues to be available."

Headquarters for the highway department consist of an 18,000-sq.-ft. six-bay garage that houses an office, sign room, employee room and two-bay work area and a cold storage building (formerly an old barn built in 1894). There also is an undercover salt storage space with a 400-ton capacity.

To get the job done the highway department uses a myriad of equipment that includes: 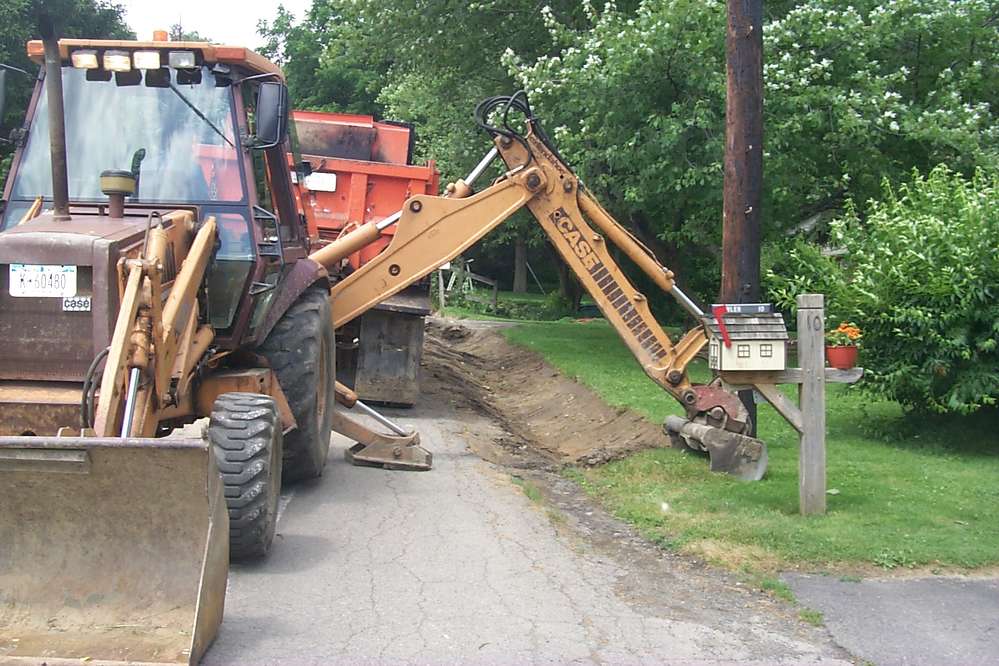 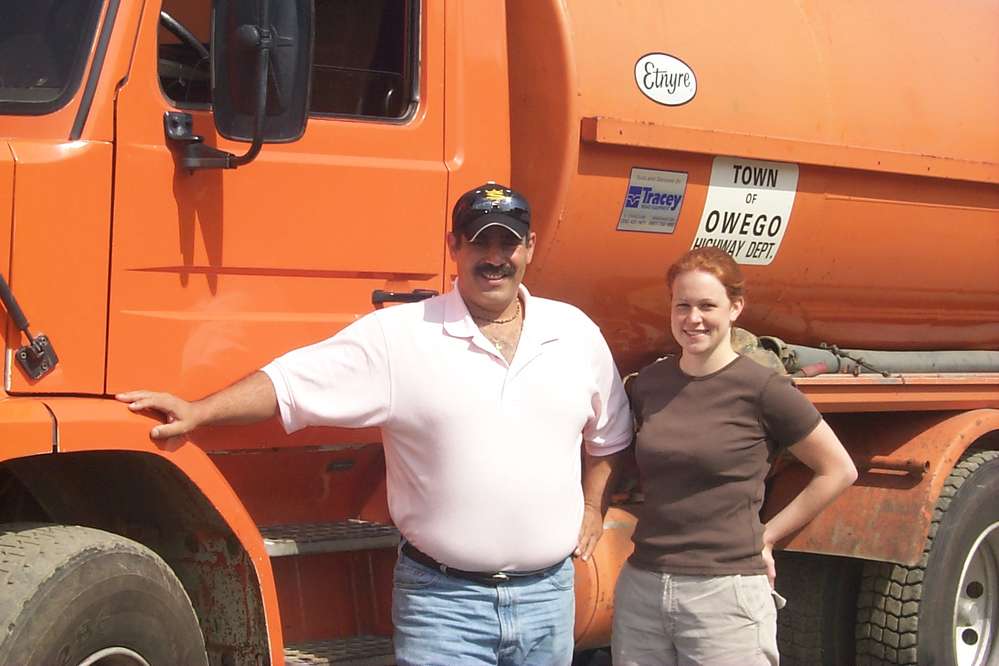 While there is no pressing need for new equipment, Ferris hopes to add a 6-wheel dump truck, a small dump truck and a front-end loader to his fleet. Like most highway departments, the drivers and operators are responsible for performing the majority of the preventive maintenance on the vehicles and equipment themselves. A mechanic is available if needed.

No job is without its challenges and for Ferris a major one [challenge] has been developing the town’s Road Surface Management System (RSMS). The impetus for this system was the need to derive an effective means to schedule road projects and make the town board aware of the costs involved in those repairs.

"Sometimes it is difficult for those outside the highway department to understand the reasoning behind decisions regarding road work," Ferris explained. "Our system evaluates both the roads and the town’s interests and then produces a priority level for each road repair. The program can also determine what category of repair—from routine maintenance to total reconstruction—is needed. The priority levels, along with the cost of repairs, are then used to develop a feasible multi-year road repair plan for the town."

Which is exactly what Ferris did.

"After the road data and options were reviewed I selected a repair option for each road. Based on my selections, the estimated cost of repairing all roads in the town was $4.4 million. These repairs will not put every road in perfect condition but rather into a condition that will require only routine maintenance for the next several years. We now have implemented a five-year repair plan that calls for those roads in immediate need of repair to be fixed first. The plan assumes a constant budget of $850,000. While that amount may fluctuate in the future and changes in the plan will occur, it does provide an excellent starting point for providing guidance and reasoning for our pavement management strategies," said Ferris.

A Plethora of Projects

Most highway departments have a never-ending list of projects to complete. The town of Owego is no exception. Presently Ferris and his staff have two "works-in-progress," with several more waiting in the wings.

One is the Griffin and Brookside Roads sewer project. "We’re installing 4,000 feet of 6-inch water main and replacing sewer lines, including laterals. There are 32 manholes involved. Once that replacement is complete curbs, gutters and storm drains will be replaced. Then it will be regraded and repaved with 2 1/2-inches of binder and 1-inch of top. We may wait until next year to install the top to be sure there is no settling," he said.

Second is the Holmes and Watkins Avenues project. "For that we will be performing a ‘shave and pave’ and mill off approximately 2 inches of blacktop pavement and replace it with 2.5 inches of type 6 pavement. Before that can be done we have to repair storm drains and perform drainage work to 12 driveway culverts on Watkins Avenue and seven related ditches and storm drains on Holmes Avenue."

If that’s not enough to keep the crew busy future projects include:

* 8 miles of chip sealing—4.5 miles of overlay and patching

Formed on March 14, 1800, the town of Owego is located in the southeast corner of Tioga County, much like a large, well-designed patch in a handmade quilt. As it complements her sister towns of Newark Valley to the north and Tioga, Nichols and Candor to the west, it graciously threads its boundary lines to neighboring Broome county on the east and then south into the Pennsylvania border. The Susquehanna River, flowing from east to west, makes a bold and creative design as it curves gently through the center, separating to enfold a 112-acre parcel of land affectionately known as Hiawatha Island. That island, situated in the center of the river across from the town-owned Hickories Park, was the location of the peace conference that founded the Iroquois Confederation in the 1400s and later became the home of a young John D. Rockefeller.

Before white settlers came to Owego, the land was occupied by the Onondaga and Cayuga Indians. They were part of the league of Iroquois, which consisted of five nations from central and western New York: the Onondagas, Oneidas, Mohawks, Cayugas and Senecas. The six nations were established later by uniting with the Tuscaroras.

Today Owego's area is 110 square miles, with approximately 266 miles of roads. The hamlets within the town are:

Apalachin: established in 1836. The main businesses were farms and sawmills. Farms and sawmills are still there today but it also has schools, churches, industry and a main shopping center. A new bridge opened in June 2001 between Apalachin and Campville.

Campville: first known as East Owego. Its first settler was Col. Asa Camp from Columbia County in 1800. As a sergeant in the Revolutionary War he witnessed Maj. John Andre’s execution and assisted in digging the grave. Camp was the supervisor of the town of Owego in 1817 and 1818.

Gaskill Corners: named for one of its earliest settlers, Joseph Gaskill, from New Hampshire, who came in 1822.

South Owego: located near the Pennsylvania line. The name Owego, a derivative of "Ahwaga," was what the Iroquois called Owego in the beginning. It means "where the valley widens."

Gibson Corners: named for Eli Gibson, from Massachusetts, who settled there in 1835.

Waits: named for Henry Waits, who moved there in 1819 from Saratoga County, New York.

Flemingville: named for Capt. David Fleming, from New Jersey, who moved there in 1808.

Owego experienced its most dramatic growth during the 1950s. That is when International Business Machines (IBM) built a military facility on route 17C that provided jobs for 5,000 townspeople. Not only did the facility serve as a major source of employment, it also brought the town new and larger schools, homes, apartments, hotels/motels, banks, shopping facilities, new roads, sewage treatment and emergency services. That plant, now owned by Lockheed Martin Systems Integration, is still operating today.

Until the centralization of the Owego-Apalachin Central School District in the 1950s there were 30 one-room schoolhouses in use. Thirty cemeteries are scattered throughout the town, the largest being Apalachin Riverside on Marshland Road. Besides several smaller parks, The Hickories on Route 17 is the largest, complete with camping and recreational facilities.

Fire departments are located at Apalachin, Campville and South Side (Waits). The New York State Police are headquartered in the town hall on Route 434. Elected officials consist of a town supervisor, four council members, a town clerk/receiver, two town justices and the superintendent of highways.

Major employers include Lockheed Martin, Sanmina Corporation, Ensco Inc. and the Tioga County Government. The Campville, Crestview Heights and Apalachin areas of the town have a suburban character with many area residents gravitating toward the triple cities of Binghamton, Johnson City and Endicott in Broome County. P