Serving the Town of Ava … A Dutch Family Tradition 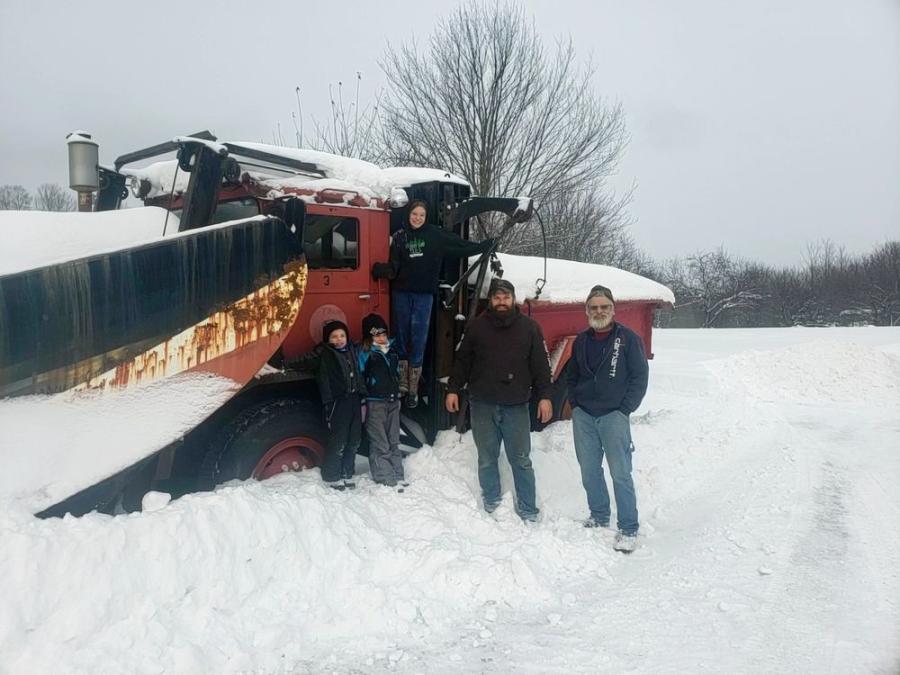 When people hear the term "family business," they think of a farm, store or any business that family members own and work side by side. For the Dutch family, the town of Ava has become their family business. Family members have worked for Ava since 1954, including three generations serving as superintendent for the past 68 years.

"I worked five winters part-time and then became full-time in 1980. I worked side by side with my father over the years and learned a lot. I was the one who always got yelled at," Ken said with a chuckle.

Ken worked for the town of Ava until his recent retirement. He has vivid memories of these years, including snowstorms and floods, which caused him to miss many family events and holidays.

Despite the hard work and being on call 24/7, Ken is proud of his service to his community. "I just enjoyed the work. I grew up around it and I just liked it."

So much has changed since Ken started working the roads. Back then, most town residents were farmers, who didn't leave their property during a winter storm unless necessary. Today, many residents work outside of Ava, so the need to keep the roads clear while the snow is still falling is a must.

"We're a staff of four... there's no second shift, there's nobody that goes out and checks the roads for us. We are out working for as long as the snow is falling," he said.

The biggest challenge Ken has faced over the years isn't the weather.

"Trying to make everybody happy. Making the right decision. They know me ... years ago when I started here, we knew everyone. Now there's a lot of different people that have moved in, so we don't know as many people, but they know us."

Growing up and watching Ken work for the town, it was only a matter of time before Ryan became the third generation to work for Ava.

"It's become a family tradition," he said. "I like the work. It's like growing up on a farm; you're around it all the time so that's what you do. Being the superintendent now, there are high expectations and I have big shoes to fill."

Just like family farmers have a connection to their first tractor, the Dutch family has special memories of a 1963 Walter truck, the town of Ava's primary snow mover for many years. They sold the truck almost 20 years ago, but Ryan recently found it through a Walter Truck Facebook group. He purchased it from owner Dean Pohl of Raquette Lake Navigation Company, a cruise and dining experience in the Adirondacks. Pohl was happy to sell it back to the Dutch family when he learned of their connection to the truck.

"My father drove it almost exclusively," Ken said. "He showed me how to drive it and I drove it until we got rid of it. When Ryan said he bought it, it was a surprise. We'll get it running. It's something special that Ryan was able to find it and get it back in the family."

When he isn't working on restoring the Walter truck or stopping by the town garage to see what Ryan's up to, Ken will have more time with his wife, Lisa, his daughters Courtney and Katie, and his 10 grandchildren. P