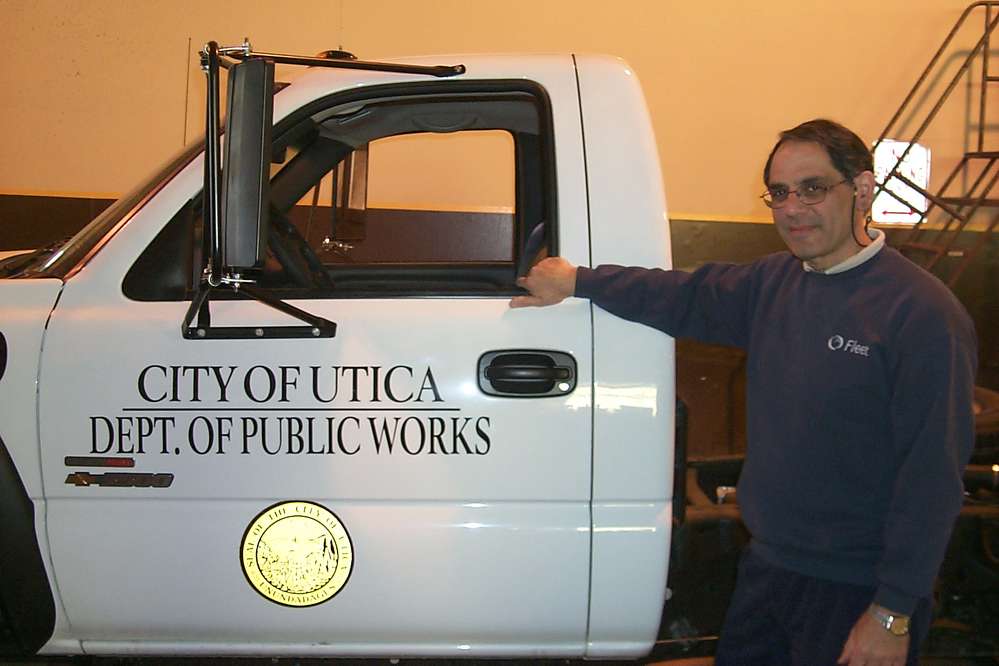 Like any strong leader, Michael Cerminaro is probably his department’s biggest cheerleader. He firmly believes that his men and women deserve the proper recognition for the long, very hard hours they work from the people for whom they work: the citizens of Utica, NY.

Cerminaro, the city’s Department of Public Works (DPW) commissioner and 54-year town resident, said that this recognition may be his biggest contribution to the 80-person department in the two years he’s been in office.

“Coming in, I felt very strongly that the men and women at DPW did not receive proper recognition from much of the public,” said Cerminaro, who, for 30 years, ran his own small automotive and transmission shop.

“The people work very, very hard and put in some ridiculous hours. We have worked very hard to try to bring up the level of awareness to the general public of what the DPW’s responsibilities are.”

And they are numerous. From maintaining the city’s sewer infrastructure, demolition of city owned buildings, to cleaning streets and clearing snow, Utica’s DPW has its hands full with a wide variety of projects.

“We have some projects here that are sort of never ending,” he explained. “We are one of the few municipalities that maintain a city golf course and a city ski slope. Parks Commissioner Dave Short and his crew do a great job in this area. Between the two, we are working on maintaining those facilities year ’round.”

Cerminaro noted the actual operation of the golf course falls under the Golf Commission, but his crews often get involved with projects such as infrastructure repairs and parking lot maintenance. The town’s ski slope offers one lift for two hills, which are groomed, and cross-country trails. The slope’s day-to-day operations, including snowmaking, are handled by the Parks Department. 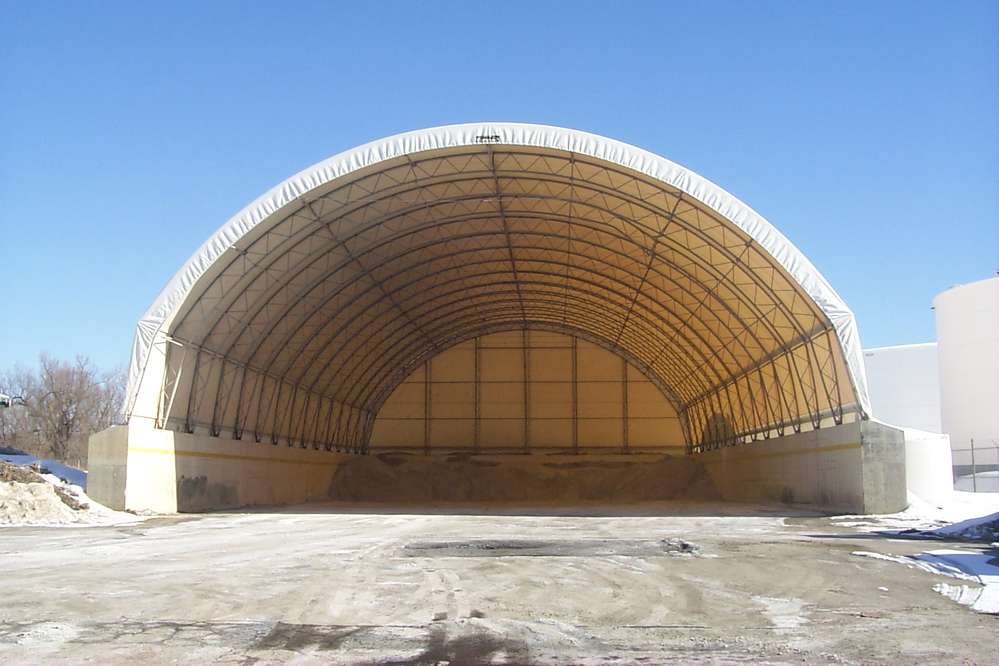 The more traditional day-to-day responsibilities of Utica’s Public Works Department primarily include sewer, water, highway maintenance and sanitation. Additionally, the town has a street signage department that’s responsible for the creation of more than 10,000 signs and banners a year.

Somewhat unique to Utica’s department is its demolition team.

“The City of Utica is constantly taking over abandoned property,” Cerminaro said. “We do get some state and federal funding for this project, but we actually maintain a staff whose sole responsibility –– except during snowstorms –– is the demolition of these abandoned properties. That crew, supervised by Deputy Commissioner Bill Schrader, is made up of seven employees and they operate two excavators and a small dozer, along with an assortment of demolition attachments. But, when it snows, that entire crew is in the trucks and moving snow.”

Cerminaro and his staff also are anticipating the added responsibility of paving its own roads. Currently, the City of Utica maintains 216 miles of streets and the city is using mostly outside vendors for all the major street repaving except pothole repair.

“Due to the severe [upstate New York] climate, we apply 100-percent salt to our roads so obviously we are constantly dealing with asphalt deterioration,” Cerminaro said. “It’s becoming no longer economically feasible for us to hire outside vendors to do all the necessary street repaving. We eventually must start doing our own paving. But, for now, we know we will need to start looking into investing in our own pavers, rollers and street maintenance equipment.” 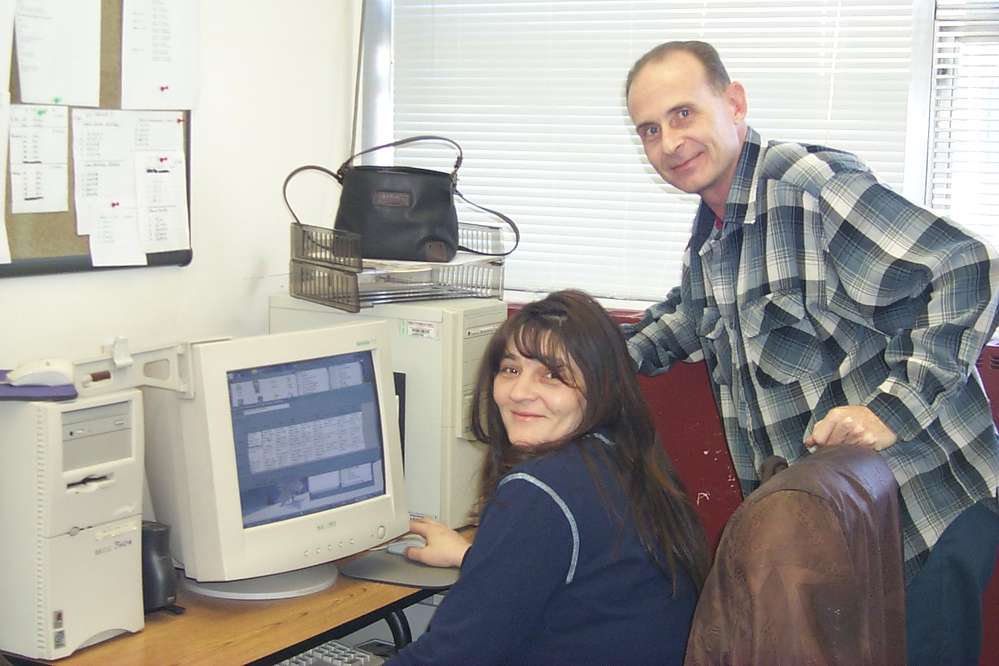 “Up until now, we have virtually picked up anything that a homeowner throws out to the curb in just about any volume and in just about any condition which cost us an enormous amount of money along with added equipment repairs,” Cerminaro said.

“As we all know, EPA regulations are constantly changing and we have to work very carefully to conform to the regulations of our county landfill.”

The department’s new system now requires all green waste put out for pickup to be bagged or containerized and “put out in limited quantities.” Cerminaro said his department is encouraging homeowners who are removing significant trees or brush to have a contractor come in and do the cutting and removal, or, he noted, the City of Utica may make the service available on a pre-determined fee basis. The Oneida-Herkimer Solid Waste Authority has purchased two packer trucks for the city to use in green-waste pickup. So far, our first quarter results have shown a tremendous savings in our department’s budget, and has lead to much cleaner and safer streets. (i.e.; no more piles of debris are allowed to lie in the streets).

When it comes to the fleet needs of the DPW, Cerminaro said he has the full support of the City of Utica and its mayor.

“Being a small city in upstate New York, it seems as though we are always strapped for cash,” Cerminaro noted. “We stretch every piece of equipment in our fleet to the limit, but our Mayor, Tim Jullian, comes from a small business background. He understands that at times updating your fleet is the only option, and that it can actually cost you more to keep some of the tired equipment operating.”

“As a rule, when purchasing new equipment we buy off the state contract unless a local vendor can meet the state price,” said Cerminaro, noting the DPW rarely leases its equipment.

“We do try to standardize our fleet by brands, which helps us make stocking parts less complicated.” (See “What’s in Utica’s Garage” page 52.)

Utica’s Department of Public Works operates on a budget of $5 million, which includes the demolition and sewer operations. The department operates out of a 160 by 320-ft. garage, built in 1967, and also maintains a new salt barn with a capacity of up to 10,000 tons.

“Looking down the road, we really need to focus on improvements in our garage,” Cerminaro said.

“We have already tackled some of the lesser expensive aspects such as cleaning up, new paint, improved drainage, better organization, etc. But we’re really reaching the point where we need to make some major investments: a new HVAC system, expanded break room for the employees and wash bays for the trucks. I don’t believe there is any insulation in this facility and all of that really needs to be addressed.”

One recent upgrade to the department, however, is its expanded computer system. Under the capable oversight of Administrator Robin Rotundo, the department’s computer system is being used to track payroll, working hours, inventory, purchases and, according to Cerminaro, doing everything that the DPW possibly can do on a computer to make the operation more efficient.

“We also track all sewer calls, complaints and future work projects with the computer,” he said. “In a day and age of litigation, we feel that it is very important to keep a paper trail on everything that happens around here, whether it’s exactly what time a pothole has been called in or the history of sewer line backups.”

Cerminaro also hopes to add sewer-system mapping onto laptop computers –– just one more upgrade that reflects the commissioner’s dedication to his department.

Despite the many long hours Cerminaro and his crew put in, he said the best part of the job is the daily interaction with the DPW staff and the community.

“When local organizations that need a hand come in to see us, we try to either make an appropriate donation or give the group a hand using whatever means we have available.”

And, for Cerminaro, father of three and grandfather of six, what makes it all worth it can be as simple as a thank-you for a job well done. P