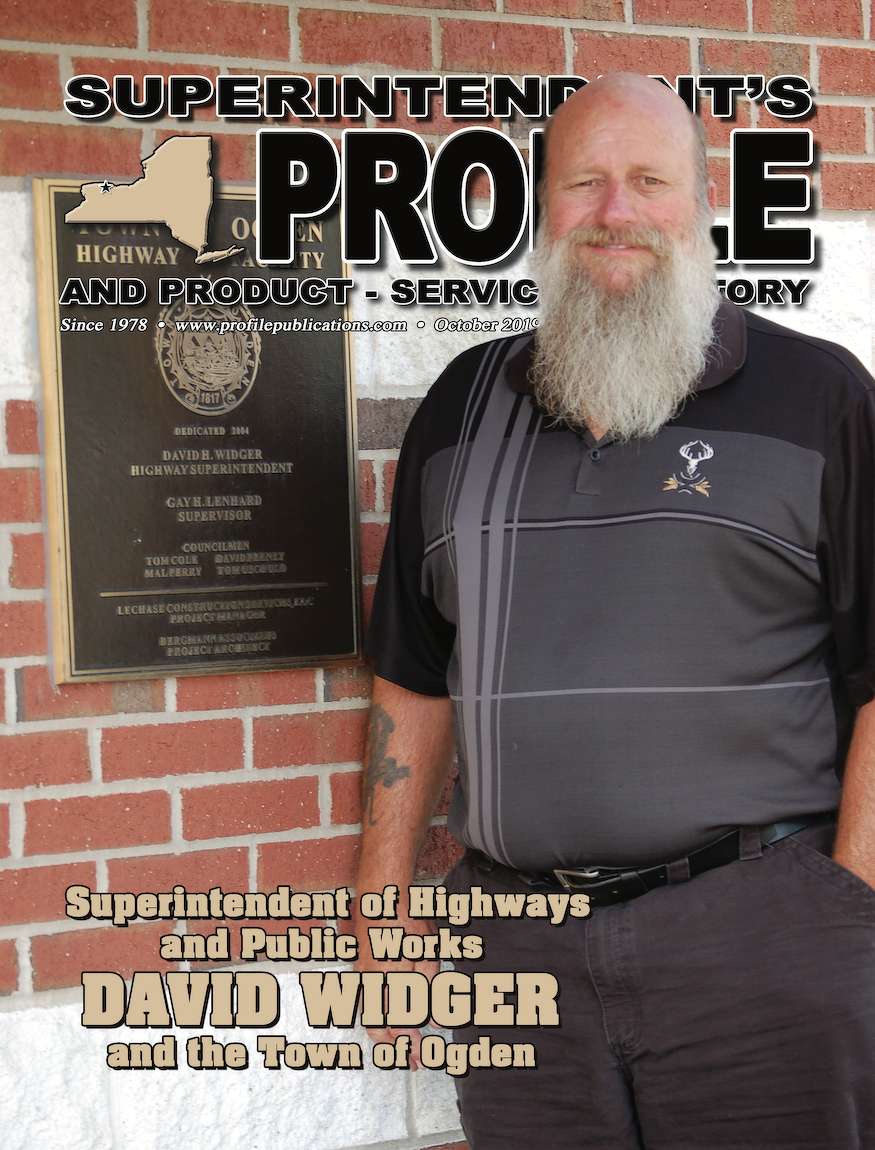 When all the items on your bucket list have been checked off, you know it's time to retire. That's exactly what David Widger, superintendent of highways and public works for the town of Ogden, Spencerport, N.Y., is preparing to do after a 44-year career.

His list of accomplishments includes adding a second salt barn, rebuilding the town's roads and constructing a new highway facility. It might be those last two that he's most proud of. The highway building was completed in 2004; it's divided into office space, the highway garage and an employee area.

Most of the roads in Monroe County were built in the 1930s and 1940s. Thanks to David, all town roadways have been rebuilt and there is a road maintenance schedule in place for upkeep. Not only did David improve the 125 lane miles of town roads he's responsible for, but he also widened them and paved the shoulders. All non-subdivision roads have been widened to 28 feet of road base with hard shoulders in the last 15 years. That provides a place to walk, benefits farm equipment traveling on the roads and results in less plow damage and reduced maintenance.

He explained that his process saves time.

“You spend more time in the beginning to save time later. We make a box hole and patch correctly so it lasts.”

Many of the procedures David implemented will last long past his tenure, such as the town of Ogden Mapping System (TOMS.) and Geographic Information Services he helped create. TOMS provides electronic maps of the storm, sanitary and lighting systems, allowing the staff to look at a property's plans if they receive a call about a problem. 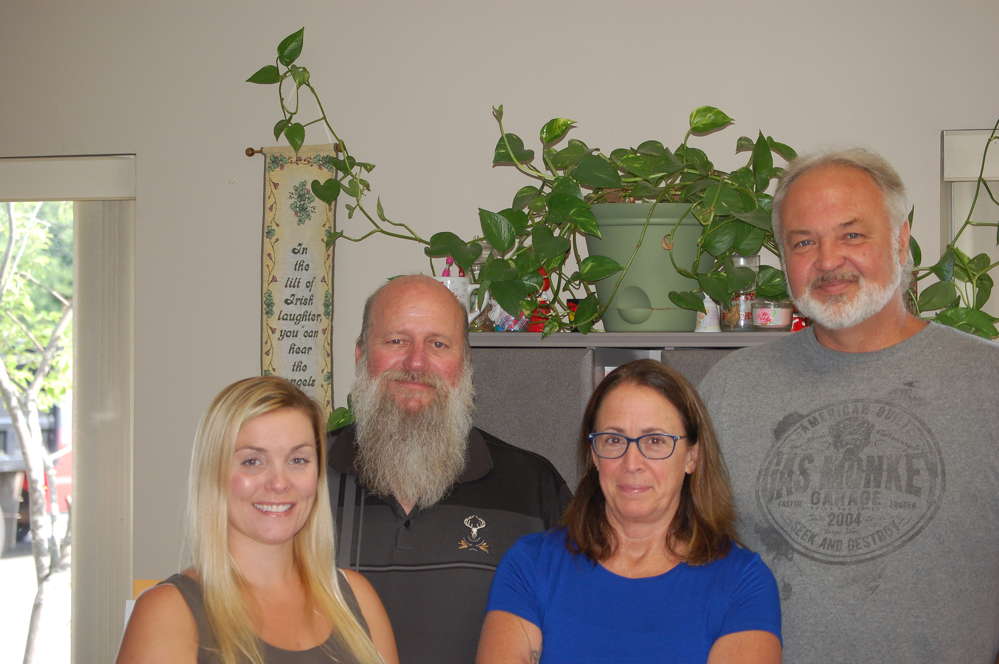 “We can answer most questions immediately,” he said.

Equipped for the Job

David revolutionized the way the town purchases big iron with his equipment program. All equipment is on a replacement schedule for trade-in or sale.

“I designed the program to get a better handling on the budget for replacement,” he said.

Determining when a vehicle or piece of equipment needs to be replaced leads to more uptime.

The skilled mechanics in charge of the highway garage also help maximize uptime for the equipment. In addition to performing regularly scheduled preventive maintenance and conducting hands-on inspections, they use software programs to help ensure every piece of equipment is running at peak performance. 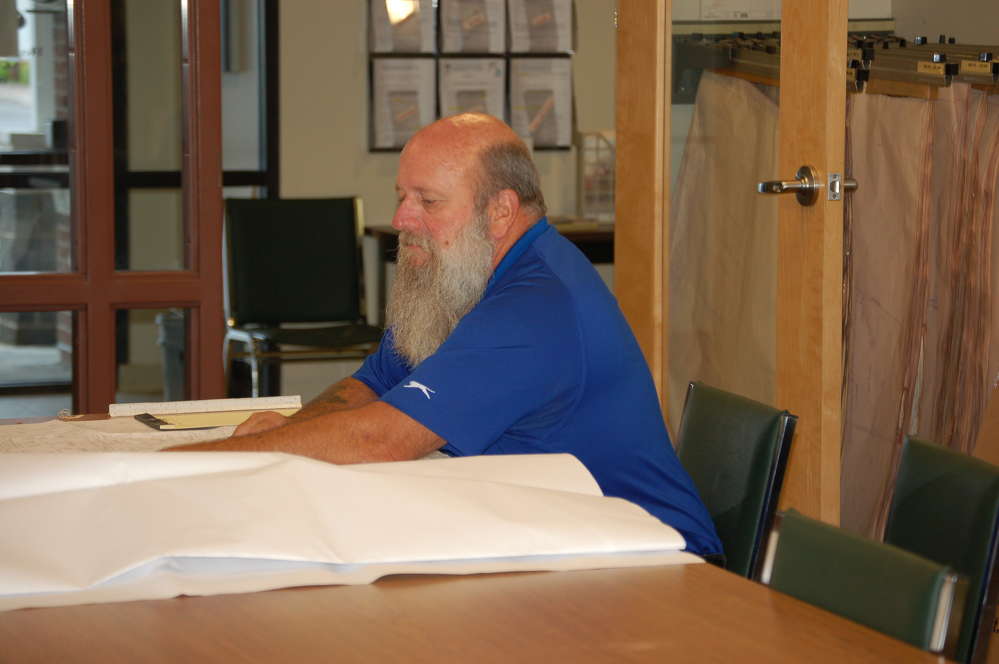 When all the items on your bucket list have been checked off, you know it’s time to retire. That’s exactly what David Widger, superintendent of highways and public works for the town of Ogden, Spencerport, N.Y., is preparing to do after a 44-year career.

When a new piece of equipment needs to be purchased, it's done on a cash-only basis.

“When I took over, we carried five loans a year for new equipment,” David recalled. “Between the bond fees and interest, we could have bought a pickup truck with that money.”

During his first year, he transitioned to a one-year program and bought that pickup. He continued revamping the budget and “bit the bullet for a couple years” until he was able to save money for purchases. Today, “if we don't have the money, we don't buy it. The only loan we had was in 2004 when we built the new highway building.” They paid that off in nine years, he said.

In a location where winters see an average of 100-130 inches of snow and “plowing is our work for four to five months of the year,” according to David, who's in charge of overseeing snow and ice removal on 231 lane miles (124 miles of town roads and 107 miles of county and state roads). It pays to have plenty of salt storage.

Under David's direction, a second salt storage barn was added in 2017, allowing them to use one for straight salt and one for a salt mixture. The previous salt storage facility was built in 1995. They now have capacity under cover for 3,500 tons of regular salt and 2,500 tons of mixed salt. On average, they go through approximately 4,500 tons of salt a year.

He has also modified the plowing schedules to make them more efficient and to enable one-man plowing. A full loop now takes three hours or less.

Perhaps one of David's most important legacies is his work ethic.

“It comes from the top-down,” he said. He learned the value of hard work, dedication and responsibility on the family farm, where they raised crops, and in the Army, where he spent 33 months in Germany.

David has a strong work ethic. However, instilling a work ethic in employees is another matter. Ultimately, he believes that a good work ethic “comes from the top” and that you have to give respect to get respect. You also have to lead by example — which he does, pitching in on the tough jobs and working alongside the crew.

He also teaches the crew.

“Everyone needs to know how to do everything,” David said.

It's a philosophy he's been passing along since he started, and which is based on his beginning in the department as a laborer who saw time being wasted and people being underutilized.

“I don't have just one excavator operator — half the crew can run it. You have to be prepared for anything that can happen by having more people who can run the equipment.”

When you have a strong work ethic, it's natural to take pride in your work.

“I like to be able to drive down a road and say, 'We did this.' There's no 'I' in that. I can't do this job without a good team. Being a leader is difficult, but I have a good crew. Most of them have been here a long time and some have a military background.”

Another accomplishment is the streamlining of office work and staff. Of the 19 full-time employees, 17 are crew members and two are office staff. A few seasonal employees join during the summer. Directly under David is the Roads Foreman, Rick Blodgett. There are three working foremen: Jason Eve, Dwain Gratton and Rich Vargo. The head mechanic is Doug Kimmel. The office staff consists of Malene Case, Clerk 1, and Nicole Dadson, Clerk 2. The rest of the crew consists of seven mechanical equipment operators, two senior mechanical equipment operators, an additional mechanic and two laborers with CDLs.

With a total annual operating budget of $4,144,000, Ogden's highway department is responsible for road maintenance, drainage, ponds, sewers, lighting districts, G.I.S. and subdivision planning. David explained that he works with the town planning department on drainage projects when they're building just about anything.

They also work with Monroe County on many county road projects and work with all of the surrounding towns and villages on projects. They provide salt to two school systems within Ogden. There's no wastewater treatment plant, but they have five pump stations.

Although hand-helds are used on the job sites, radios are installed in all the vehicles and equipment. The office building and garage also have a digital radio system that was installed in 2017.

The offices also are equipped with computers for the radios, for salt usage downloading, for G.I.S., for the mechanic to do troubleshooting and for the dispatcher and foreman to access their daily maintenance sheets and to view the TOMS.

David observes that computers don't save paper. Paperwork — one of his least favorite aspects of the job — has to be done, nevertheless.

“We have to document everything and bill other municipalities for work.”

To keep the community informed of projects and closures, they post notifications on the town's website that is updated accordingly. They also send out project cards to inform residents of upcoming work in their area.

David is diligent about responding to questions and concerns from the residents.

“I always get back to everyone. I work for the taxpayers. That's part of the job.”

The job has a new challenge every day, he said.

“Every day's different. You have to be ready for change. You live with the weather and adjust.”

Weather is the cause of his worst days on the job — specifically, the four to five ice storms when he and the crew worked around the clock amidst the devastation while the power was down.

There have been a lot of days on the job — fortunately, more good than bad. David's tenure dates back to 1975, when, at the age of 18, he started working on the highway crew. He advanced to become assistant superintendent and ended up running the department after one superintendent had a heart attack and another one left office early. Because of his experience, he thought he “might as well run for the job since I'd been doing it so long anyway.” He officially became superintendent in 1999, winning re-election of consecutive four-year terms, the most recent of which will expire Dec.31, 2020.

Born and raised in Ogden, David has lived there all his life. He knows every inch of it — every road, every creek, every pond. He also knows the history of Ogden, which was founded in 1817. The village of Spencerport, which is within Ogden town limits, was established in 1867. Ogden now has about 20,000 residents.

He hasn't done a lot of traveling, but he hopes to see every state in the country once his wife, Sharon, retires from driving the school bus. Until then, he said he has “all kinds of stuff to do. I'll be working on something!” Like his camp in the Adirondacks on Black Lake, where he likes to go ice fishing. When he's not up there, his six grandchildren may keep him busy. If not, there's always golf.

However, as he looks forward to retirement this year, David also can look back on his accomplishments with pride. As his clerk, Malene Case, said, he has “accomplished everything he wanted to on his bucket list, as far as buildings and road work, because of planning and good budgeting.”

In fact, he has exceeded his bucket list by establishing many programs, procedures and inspections to keep everything upgraded and running smoothly. She spoke for everyone when she said, “Dave is leaving the highway department in the best possible place for the incoming new superintendent.”

His legacy will be one of teamwork, dedication and positive attitude.

“There's always a good side to everything,” David said. “I enjoy my job, but I've been here a long time. It's time to move forward.” P