Highway Superintendent Larry Cobb and the Town of Putnam Valley 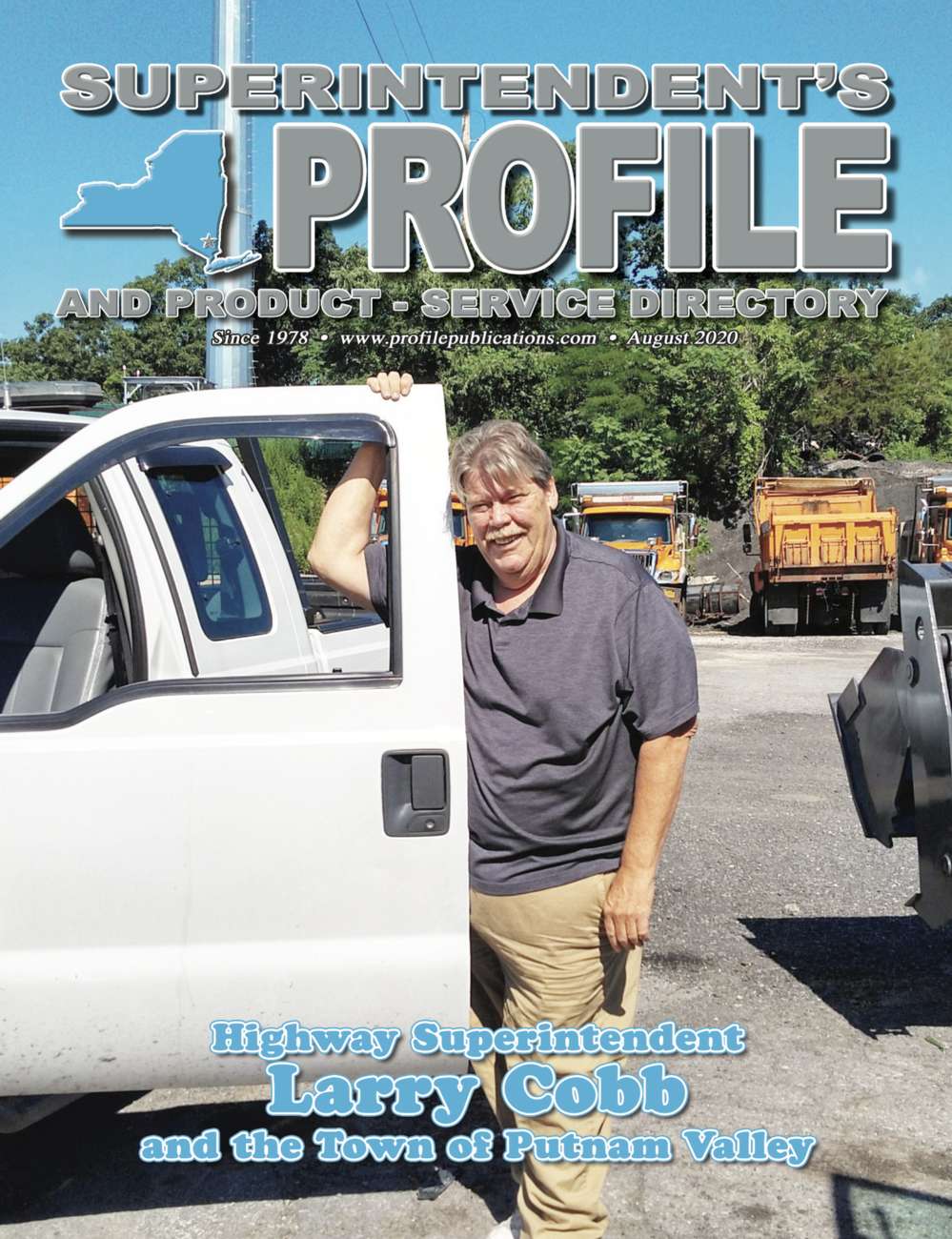 With town of Putnam Valley Highway Superintendent Larry Cobb, what you see is what you get: a down-to-earth fellow who takes great pride in what he does. He loves his family. He loves the town where he spent most of his 58 years and he loves getting up every morning and doing his job.

Originally from the Bronx, Larry graduated from Walter Panas High School in 1979. After graduation, he held numerous jobs before making the highway department his home.

“I worked for different contractors doing different jobs,” he said. “I worked in a local deli that was owned by my friend's parents for quite a few years doing what I had to do to hustle up money. I worked for mason contractors, putting in foundations for Venessia Concrete. Then I got hired as a laborer in 1988. I did everything from drainage work, installing pipes, catch basins, cutting trees — the whole nine yards from start to finish … whatever it took to get the job done. I came in at a good time. A lot of guys were retiring. As time went on, I advanced to a driver as an MEO and then promoted to a HEMO [Heavy Equipment Mechanical Operator] in 2000.”

The rest, as they say, is history.

So, what was the impetus for running for the top spot?

“Being that I had the experience of being here and I knew many people in the town, I knew I'd be able to better myself and better the town and the highway department.

“Earl Smith [highway superintendent at the time], retired in 2010 and I was elected in 2011. I ran against the guy in the middle between the foreman and Earl. I had 24 years under my belt. I think I beat him by 300 votes when I first got elected.”

When asked if the job has been everything he expected or wanted it to be, Larry was quick to answer. “It's everything I expected and then some. It's good in some ways and not so good in others, but overall, I love the challenge. I try to stay calm. I say, 'If I panic, everyone else is going to panic.' You have to be the leader and not get excited. If you do that, everything will work out.'”

Did Larry make any job changes when he took over?

“I didn't have to. I worked here for forever. Earl pretty much mentored me from when he was a truck driver and I was his laborer back in the day. Things have been running pretty well working alongside my deputy, Joe Hertelendy. He's my right-hand man. Been here longer than I have.” 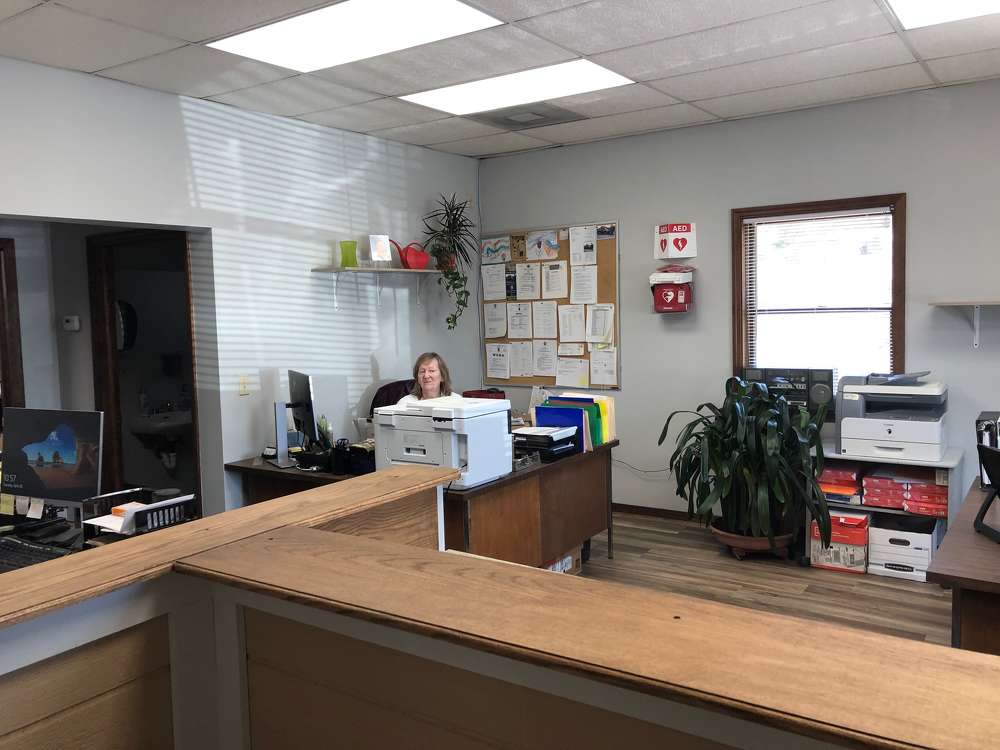 Secretary Margaret Bradley has been with the town for 33 years.

Larry's been married to his wife, Karen, “for many years. She's a school campus monitor at a local high school here in Putnam Valley. She cracks the whip and keeps the kids in check. Makes sure they're doing the right thing; not smoking and doing bad stuff. The schools were shut down on March 17, when every place shut down. Now, they're doing virtual classroom learning online. It's crazy. It's a whole different world.”

The Cobbs have four children. Stacey, 36, is a waitress in town. Larry Jr., 30, is an electrician with Metro North Railroad. He's father to six-year-old Lawrence the third and one-year-old Ava Catherine. Larry and Karen also have a set of twins, Amy and Jason, 27. “She's in the childcare field and Jason works for the highway department under me. It works out well. He's a hard-working kid.”

Larry is vice president of the Westchester Putnam Highway Association and has been a member of the Putnam Valley Volunteer Fire Department for 17 years (14 as president). In his free time, he loves going to see the New York Mets play at CITI Field; playing golf in the Adirondacks; and traveling to nearby New Jersey and North Carolina (where the couple owns property).

Built in 1936, the department's facilities include a garage with an attached office and a small break room.

“Years ago, we used three sand to one salt. Now it's pure salt. That's because DEC started coming down on the salt/sand filling up the catch basins and streams. To be honest, it's been a godsend because there's no more dust in the springtime with all the sand. You don't have to bring your sweepers to clean it up. It was messy. It's much better now without using sand.”

As highway superintendent, it's Larry's job to maintain the town's 95.5 lane miles of road, of which 2.5 are gravel and 93 are paved. That translates into nine plowing routes that take approximately four hours to complete.

“I thank my crew all the time. I tell them I'd put them up against anybody. When the chips are down, these guys stand up and do their job amazingly. That's what it's all about. It's a thankless job sometimes. Recently, when all that stuff came down, I was only working with half a crew due to the Coronavirus. There were 11 guys and every one of them stepped up.”

“They're a four-man crew with a general foreman, two truck drivers and a laborer, who's responsible for garbage, beaches, etc. They're all under the same umbrella.”

Under Larry's direction, the town of Putnam Valley highway department functions on a total operating budget of $4,930,285. That includes salaries and benefits for its employees and an annual CHIPS allocation of $250,000; $48,000 for PAVE-NY; and $40,000 for Extreme Winter Recovery (EWR)

“The governor said we're still getting all those, but with what's going on, come July, he might pull back. Last year, they were going to eliminate EWR money but they ended up reinstating it.”

To fulfill its responsibilities, the department uses a convoy of equipment that includes:

Maintaining equipment is done in-house by three mechanics and a mechanic's helper.

“We also service and maintain the Department of Parks and Recreation's fleet. They don't have much, but they have enough stuff that we work on.”

Budgeting for new equipment can be challenging.

“It's tough. We were able to purchase through bands [bonds]. The former supervisor had several bonds out that were already incorporated into the budget. We bonded six-wheel dump trucks, sanders, plows and several other pieces of equipment. It's the best way to get new equipment because it's not directly attached to the taxpayers and having to raise the budget continually. I also have a $40,000 equipment line that I use for pickup trucks and smaller pieces of equipment.”

Like most highway superintendents, Larry has mixed feelings about today's technology.

“No doubt, it's come a long way with automatic transmissions. The guys don't get beat up all night having to drive a stick shift for 24 or 36 hours. We've done storms for long hours and we don't have enough guys to fill split shifts like the state does. We're different. Computerized parts of the trucks have been a nightmare. There's so much computer stuff that you can't afford to bring it in. The guys don't have that kind of experience with that kind of stuff to know all that.”

Since being highway superintendent, what's surprised him the most?

“In this position, nothing surprises you. You have to roll with the punches and take it as it comes. Try not to get uptight about it and focus on your job and getting things done. It's difficult. No doubt.”

What's been the biggest disappointment?

“Regulations. There are way too many regulations that go on like MS4 [storm water management]. It all comes down from the state. They want you to do all this stuff and not fund any of it. Without the money … we have a lot of catch basins in town and only X amount of manpower. It's hard to keep up with everything if you have all these regulations coming down on you.

“Storm water management has been around for quite a few years. People probably don't want to get into it because it's a nightmare. I don't want to say too much about it. All these regulations they impose on you that you have to adhere to. It's not just state regulations. It's county, too. It's disappointing when you can't get things done.”

The most rewarding? “Coming in on budget and taking care of the people.”

As for the future, Larry has big plans.

“One of the major projects we're working on is a bridge replacement on Bell Hollow Road. It's an old culvert-type bridge that was put in God knows how long ago. We'll apply for grants, but with the way the State of New York is with the shortfall of money, it will be tough to get anything. There are lots of smaller drainage jobs, replacing all metal pipe and upgrading corrugated pipe. All can be done in-house. I'll also keep maintaining and paving roads while making things better for the residents of Putnam Valley.”

When all is said and done, he'd like to be remembered as someone who tried to represent the people and make the town a better place in which to live.

The retreating glaciers of the last ice age did much to shape the landscape of Putnam Valley, including the shearing of hills to expose springs and leaving the glacial deposits of stone and large boulders. The current area of Putnam Valley was occupied by Paleo-Indians followed by the historic Wappinger Indians, who lived by the many lakes. Dutch and English farmers moved into the area toward the end of the 17th Century.

In 1697, the Highland Patent was granted to Adolph Philipse. The first settlers arrived around 1740. In 1745, the Smith property was sold to the Bryant family, who renamed their pond Bryant Pond and the nearby hill, Bryant Hill. The Smith family homestead is the oldest house in Putnam Valley, located just east of the Taconic Parkway on Bryant Pond Road.

Putnam Valley was incorporated in 1839 as the town of Quincy, when it was separated from the town of Philipstown, and it took the name “Putnam Valley” in 1840, possibly because local inhabitants were not favorably impressed by John Quincy Adams.

In 1861, a small part of the town of Carmel was added to Putnam Valley.

According to the United States Census Bureau, the town has a total area of 43.0 sq. mi., of which 41.4 sq. mi. is land and 1.6 sq. mi., or 3.72 percent is water. 14,089 acres of Clarence Fahnestock State Park lies within the boundaries of Putnam Valley and 1,000 acres is owned by the Hudson Highlands Land Trust, an environmental preservation trust in the Hudson Valley.

The south town line is the border of Westchester County. The Taconic State Parkway passes through the eastern part of the town.

Communities and Locations in Putnam Valley

• Adams Corners — a hamlet in the southeast part of the town.

• Amen Hill — a hill inside the Putnam Valley Park, known for its steep slope.

• Bullet Hole — a hamlet by the east town line.

• Clarence Fahnestock State Park — a state park partly in the north part of the town.

• Crofts Corners — a hamlet in the south half of the town.

• Dennytown — a hamlet near the west town line.

• Oscawana Lake — a lake in the center of the town.

• Sunnybrook — a hamlet by the southwest shore of Oscawanna Lake.

• Tompkins Corners — a hamlet in the eastern part of the town. The United Methodist Church there, now closed, is the only building in town listed on the National Register of Historic Places. P